Ads are very much a part of our lives at this point; they’ve even started leaking into our phones’ operating systems. Sony is now the next offender to place system ads on its phones, as spotted by Reddit users (via Android Authority). This is hard to take in, seeing as Sony’s phones are wildly expensive pieces of hardware.

If you watch YouTube videos or use most apps today, you’re bound to run into ads on a regular basis. Here’s the thing, however; that’s if you do those things for free. If you drop hundreds of dollars (sometimes over a thousand dollars) on a phone, seeing ads is like a smack to the face.

Samsung is one of the more popular offenders of this offense. The company has since gotten rid of its ads, but it looks like Sony is taking its place. Reddit users who own Sony phones have reported seeing system ads in the notification shade, and they are upset.

u/sergiocastell on Reddit posted a screenshot of an ad pushing the ($1,800 mind you) Sony Xperia Pro-I on their Xperia Mark-III. “I find [it] ridiculous and outrageous that they are trying to upsell the Xperia PRO-1 to their previous flagship owners.”

Another user, u/Evilmonkeyslayer asked if there was a way they can disable the ads, and it looks like there isn’t. Both users, and probably more, were searching for a way of opting out of the ads, only to be disappointed. 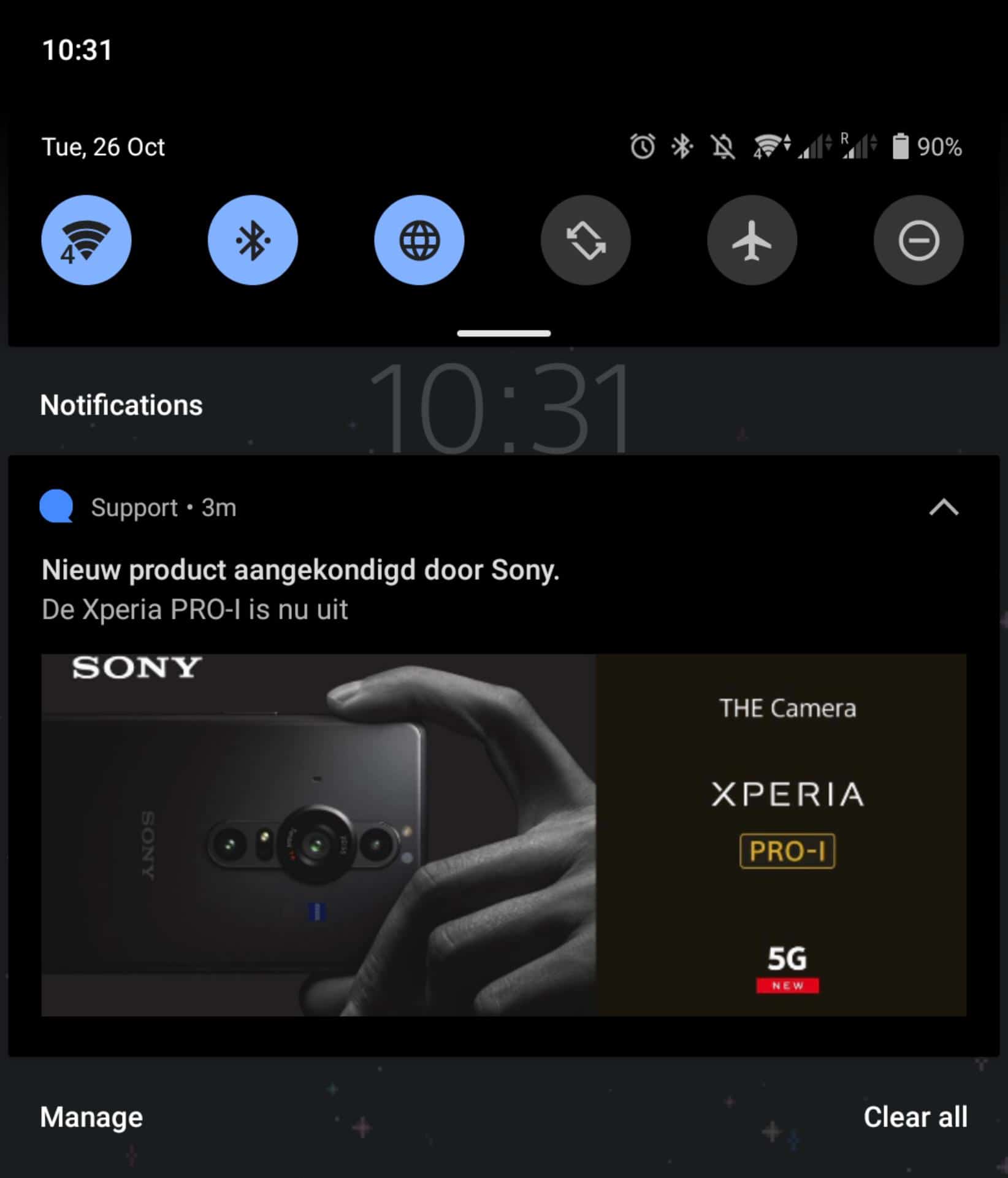 So, what is this Xperia Pro-I?

Sony made a sharp turn with its smartphones in recent years. The company used to try and compete in the mainstream consumer market, but that was not panning out. Now, it’s shifted gears to the premium photography heavy market.

The Xperia Pro-I made headlines for being the first phone with a 1-inch sensor, which is huge compared to the competition. This large sensor can absorb a lot more light than other phones, which helps with nighttime photography.

The Xperia Pro-I is one of the only phones with an adjustable aperture, and it uses it to dial back the brightness and change the depth-of-field. The first phone to do this was the Galaxy S9.

There are plenty of other powerful features that make this phone a smartphone photographer’s dream. If you’re interested in picking one up, keep in mind that it costs $1,800.