People who want just a bit more from their TV-watching experience rejoice! Sony has launched a new product called the SRS-NS7 personal theater. As exciting as that name sounds, it’s a wireless neckband that feeds the audio directly to your ears.

The SRS-NS7 personal theater should have some good audio

The whole point of the SRS-NS7 is to give the user a 3D sound experience without having to get a surround sound setup or a pair of headphones. It’s a speaker that rests on the shoulders and blasts the sound to both of your ears. Since they’re rather large, they should deliver some beefy audio.

Since this device is all about audio, the SRS-NS7 personal theater is compatible with Dolby Atmos. This is probably the most talked-about feature, but it’s also compatible with Sony’s own 3D Spatial Sound technology.

Though you should rarely take company battery claims to heart, Sony claims that the battery in the SRS-NS7 will last you 12 hours of listening on a single charge. However, the company also states that this depends on your environment and usage. It may depend on how loud you have the speaker; the louder the speakers are, the faster the battery depletes.

Sony is also advertising some quick charging for the neckband. It says that you can get an hour’s worth of listening on just a 10-minute charge.

Nowadays, more companies are giving their products some sort of water/dust resistance. The SRS-NS7 actually has an IPX4 water resistance rating. This qualifies it as ‘splash resistant.’ This is not to be confused with waterproof. Splash-proof means that this speaker can survive the occasional accidental splash; maybe a few minutes in a light drizzle, but don’t dive into a pool with this on.

It will come with an included transmitter

The SRS-NS7 is part of a duo of devices; it will come paired with the WLA-NS7 transmitter. The transmitter is what will deliver the Dolby Atmos signal to the neckband. It will connect to the TV via the optical wire and USB.

What’s neat about the transmitter is that it’s not confined to the neckband. It can also send the Dolby Atmos signal to select Sony headphones. On the other side of the equation, the neckband can also connect to other devices using Bluetooth. The only thing is that you won’t be getting the Dolby Atmos sound or the 3D Spatial Sound. 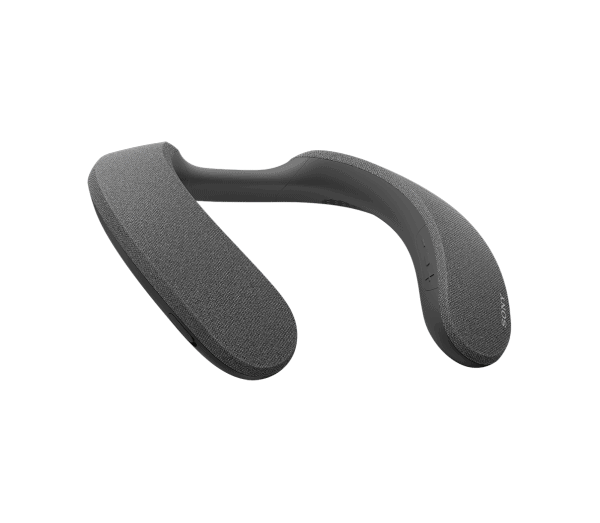 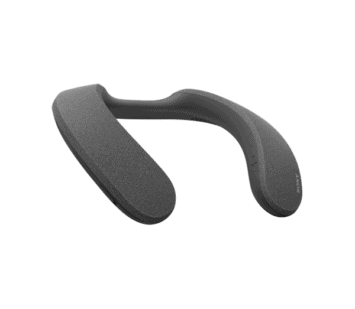