The Samsung-AMD partnership, which the two companies announced back in June 2019, is finally coming to fruition this year. The Korean firm’s upcoming flagship processor, the Exynos 2200, will use the latter’s RDNA 2 graphics architecture. AMD CEO Lisa Su earlier this year revealed that the new chipset will introduce advanced graphics features such as ray tracing and variable rate shading, which we usually find in desktop and laptop GPUs, to mobile GPUs. Samsung has now officially confirmed this.

In a now-deleted post on the Chinese microblogging platform Weibo, Samsung announced that its next-gen Exynos GPU will support ray tracing (via Ice Universe). If you are not versed with this term, ray tracing essentially simulates the physical behavior of light. This technology allows for more accurate and realistic reflections of light rays. The result is improvements to lighting effects and shadows in graphics.

Samsung has provided a side-by-side comparison of graphics output in a mobile game with and without ray tracing. As you can see in the attached image below, the difference is immediately visible. The image on the right side has more details such as flame reflection on the tank as well as improved shading and reflections across the scene. The Korean firm has included a burning car in this image that’s not the main point here.

Ray tracing will certainly enable a more immersive and realistic gaming experience on mobile devices. However, this feature will be only available on the Exynos 2200-powered devices for the time being. Even the Snapdragon variants of Samsung’s upcoming Galaxy S22 series will be missing out.

Moreover, this technology will require more computational more and hence, more energy. So there are concerns about battery life and heat production as well. Last but not least, third-party developers need to add support for ray tracing on their mobile games for users to be able to actually enjoy it. But as the technology grows, developers will surely adopt it.

Exynos 2200 with ray tracing technology is coming later this year

Samsung is hard at work on the Exynos 2200. The upcoming flagship processor from the Korean giant will be competing against Qualcomm’s Snapdragon 898 and MediaTek’s Dimensity 2000, all of which should come out later this year or early next year.

While Samsung’s offering may not top the latter two in terms of raw processing power, it could very well outperform both its rivals in the graphics department. Reports suggest the Exynos 2200 GPU will be up to 30 percent faster than the existing Mali GPUs. So we could be in for some significant graphics boost from Samsung here. Time will tell whether the Exynos 2200 will live up to the expectations. 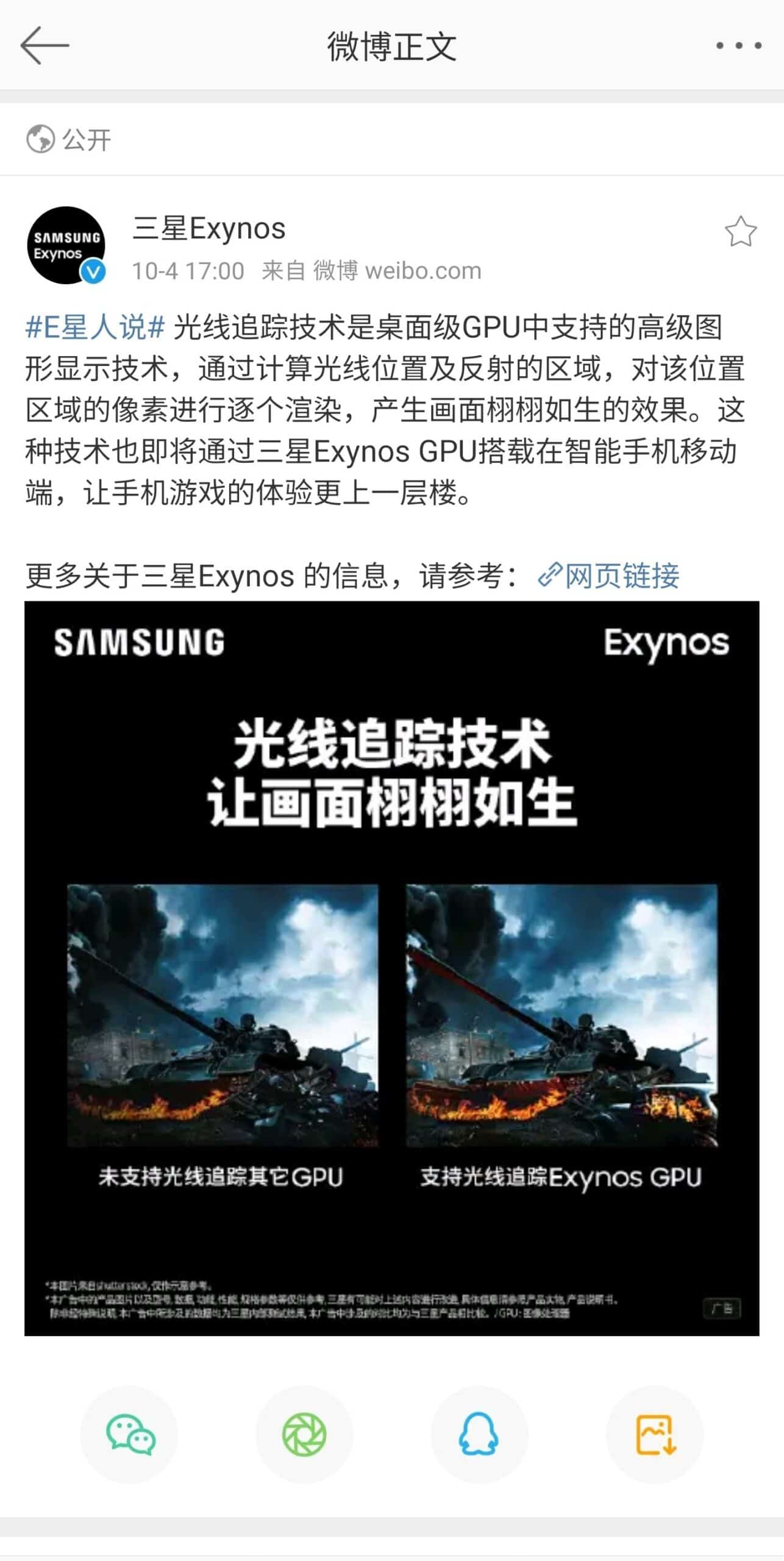