In a bid to remain competitive in the rapidly changing landscape, Pinterest is updating its app with a handful of creator-centric features. The company gave out the information on the occasion of its “Creator Festival,” which is held annually. Pinterest is live streaming the virtual event this year in the U.S., U.K., Australia, France, and Germany.

These changes are somewhat inspired by TikTok, which happens to be one of the most downloaded apps in the world right now. Pinterest has reworked the home feed (via), separating it into “Browse” and “Watch” tabs. The latter offers a vertical layout of videos, similar to TikTok and Instagram Reels.

Although it may look like TikTok’s home feed, the Watch section will not offer similar content. Instead, customers will see “Idea Pins,” which the company launched earlier this year as a take on Stories. Idea Pins allow creators to post first-person videos with narration and/or text.

Pinterest has taken some time adjusting to influencers, but this new Watch feed could bolster its creator resources. There will also be a new “Takes” feature where users can borrow Idea Pins from other users and even respond to them, as you would on TikTok. 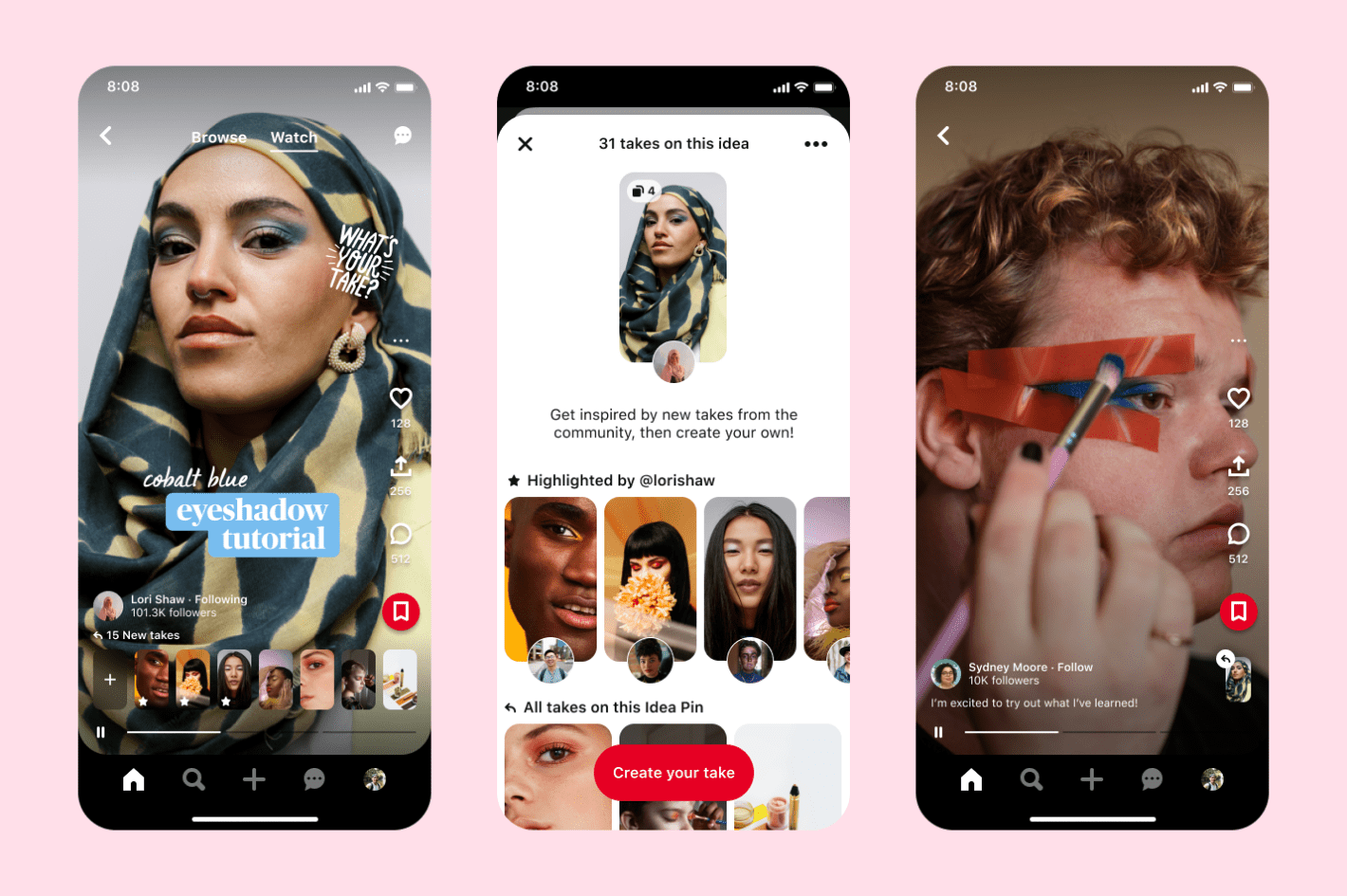 The company further unveiled “Creators Rewards,” its “first-ever in-product monetization program for creators.” Access to this feature is reportedly available in the U.S. right now.

Also bundled with Creator Rewards are micro-grants for “projects that creators are passionate about or want to bring to life.” The company lists examples like creating a wellness program or starting a community garden.

The platform has been relatively immune to issues like misinformation and hate speech. However, its userbase is rapidly shrinking. In July 2021, Pinterest witnessed a 5% reduction in monthly active users. The company said the reduction was due to people spending less time at home after the easing of COVID-19 restrictions.

The addition of these new features could help bring more creators on board. While Pinterest always catered to a niche audience, this new update could finally change that.