The launch of the Razer Zephyr mask is finally here, the company announced at RazerCon today, and you can pick yours up directly through Razer.com. Razer initially revealed the Zephyr, a smart, RGB-infused wearable air purifier, at CES 2021. Although back then it was called Project Hazel, and it was little more than a concept product that Razer wasn’t sure would ever come to market.

But after seeing the overwhelming popularity from fans, Razer decided to turn the Zephyr into a product you can actually buy. Razer makes a ton of different concept products, most of which never see the light of day (here’s looking at you, Project Ariana). So it’s always a nice surprise when one of the brand’s concepts does become a reality.

The Razer Zephyr mask goes on sale today, starting at $99 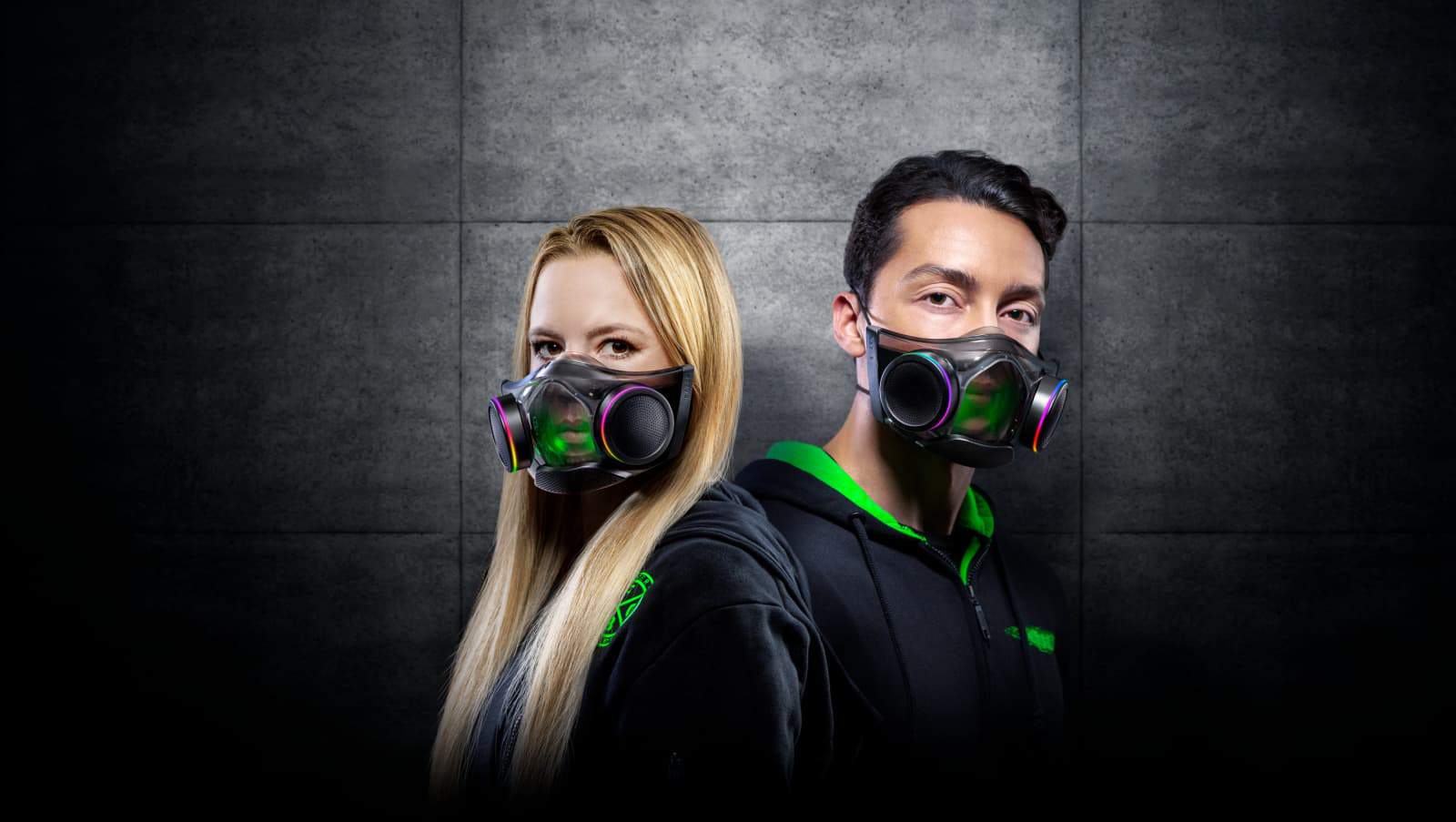 Razer will offer three different product SKUs for the Zephyr, and you can buy them starting today. Razer will sell these in drops, and the first drop happens tonight at 8PM PST. The mask by itself will cost $99, and it comes with three sets of N95 filters. Each set of filters will last for a recommended time frame of no more than 72 hours. At which point they should be swapped out. Which means you get a 9-day supply with the mask.

Razer will also sell a Starter Pack model which comes with the mask and a 99-day supply of filters (33 filter sets total). That pack will cost $149.99. Lastly, you can also buy a filter pack which has 10 sets of filters for 30 days of use that retails for $29.99.

The design has changed a little since the Project Hazel concept If you compare the Zephyr to Razer’s Project Hazel concept, you can see that the design has changed a bit since then. The filter pods protrude a little bit more and Razer is now using a more secure fitting system. The mask used to wrap around the ears only like its single use disposables. The Zephyr now uses a dual-strap design that has adjustable head and neck straps.

It also now has dual intake fans for better air circulation if you’re being active. According to Razer, the Zephyr helps produce 80% less waste than its single use disposables. Making this a more sustainable option. Of course it still has Chroma RGB, too, but Razer did have to cut some features from its concept design due to cost.

Namely the voice amplifier. Which while cool, wasn’t really cost effective. At least, not if Razer wanted the Zephyr to be competitive with pricing compared to other sustainable mask options. Razer also announced a host of other products at RazerCon today. Including a new line of gaming PC components and a new gaming headset.