We are still months away from the launch of the Samsung Galaxy S22 series, but multiple leaks over the past few weeks have already revealed the possible design and specs of the upcoming devices. But since these are early days, there have been a few conflicting reports as well, particularly concerning the rear camera design for the Galaxy S22 Ultra.

Recent renders have shown two different rear camera designs for the highest-end Galaxy S22 model. The first render showed a P-shaped camera housing that many people disliked. A follow-up concept featured an 11-shaped rear camera island that looked slightly better than the original one. Now, the latest set of renders show a new camera design, arguably the best-looking yet. 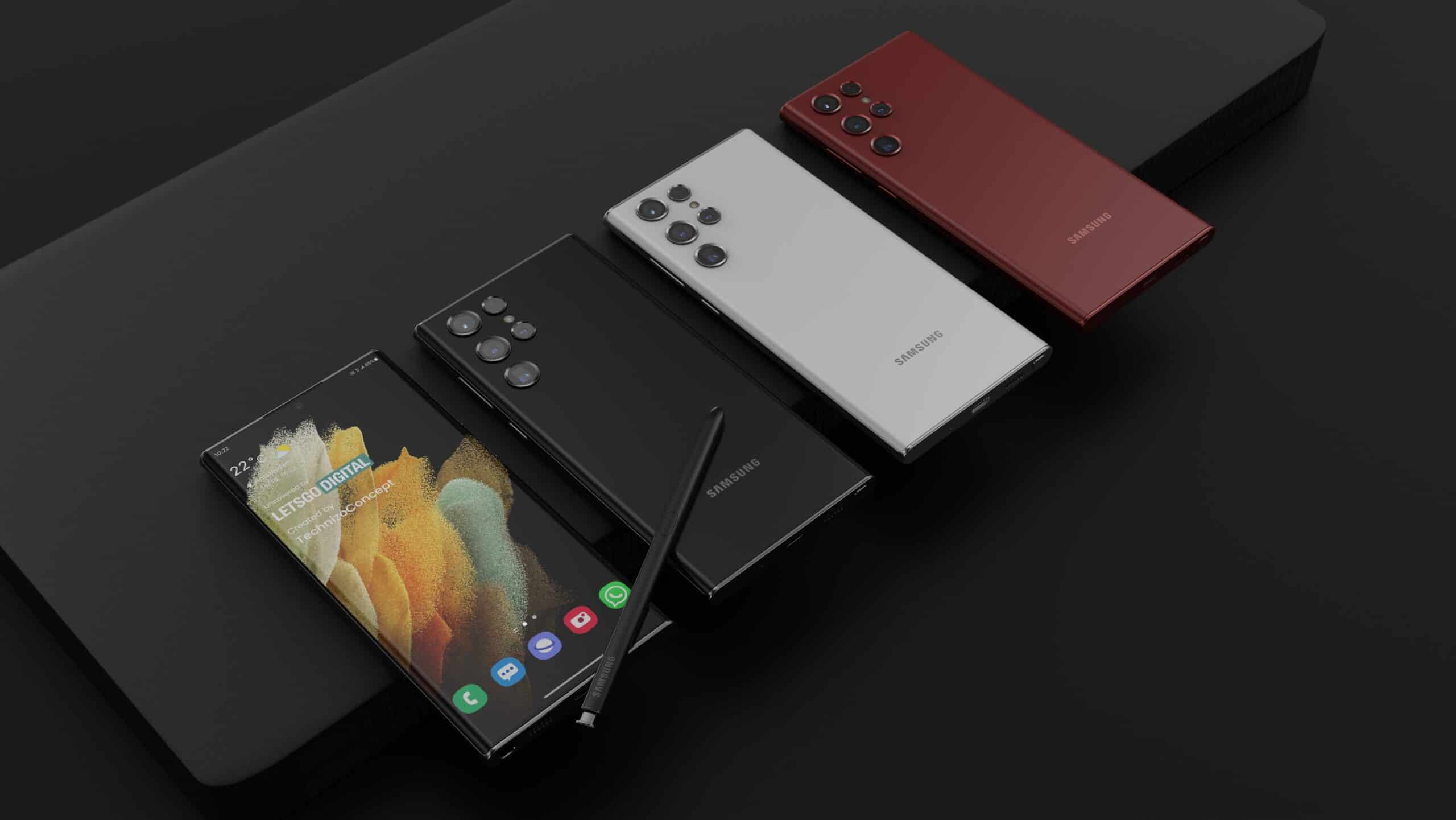 Dutch publication LetsGoDigital has published new renders of the Galaxy S22 Ultra. While the positions of the camera sensors and the LED flash are largely unchanged, these renders don’t feature a camera bump. Instead, each sensor individually protrudes out of the back panel. Samsung has been using this rear camera design on its mid-rangers recently and it appears the company is now preparing to introduce it to flagship models as well. And we aren’t complaining as it gives a neat look to the device. The LG Velvet also employed a similar camera design at the back it looked very pleasing to the eyes.

As the report notes, this design could also help reduce the weight of the device. The addition of the S Pen already adds to the Galaxy S22 Ultra’s weight. So Samsung might be looking to chop out some unnecessary mass and keep things in check. At 228 grams, the Galaxy S21 Ultra is quite heavy and the company wouldn’t want to top that. These renders are based on exclusive insider information, the publication suggests. The source of the information is “100% convinced” that this will be the final rear camera design of the Galaxy S22 Ultra. Even some noted leakers like Ice Universe and Tron have given their seals of approval to this design. So we might finally have the real rear camera design of the highest-end Galaxy S22 model.

However, we still advise you to take it with a grain of salt as these are very early days. You can expect things to get clearer in the coming weeks as Samsung progresses with the development of the Galaxy S22 series.