The Google Pixel 6 and 6 Pro got announced today, and they’re not as expensive as initially rumored. They’re actually quite affordable compared to the competition. Now, we already talked about price tags at length, but a rather interesting report surfaced in the meantime. If you’d like to see the Pixel 6 and 6 Pro prices compared across 9 different countries, read on.

The Pixel 6 & 6 Pro prices gets compared across 9 different countries, for all variants

This report was put together by Nukeni. The site basically lists price tags of all variants of the Pixel 6 and 6 Pro in 9 different countries. It lists them in order from the cheapest to the most expensive one. All price tags are converted to dollars, by the way.

So, unsurprisingly, it turns out that both devices are most affordable in the US, by far. All variants are at least $50 more affordable from the second-placed country. The difference only goes up from there, based on the variant.

The Google Pixel 6 with 128GB of storage costs $599 in the US, while it’s priced at $654.05 in Japan. Canada is third-placed with a $678.32 price tag, while Taiwan follows with a $681.55 price tag. The US and Canada are actually listed twice on almost every list, as the devices with carriers are more expensive if you buy them outright. Google Store has the best offer.

The Pixel 6 Pro price difference is even more apparent

You can check out the full lists below, in the provided screenshot. If you’d like to pre-order one of these two phones, here’s how you can do it. 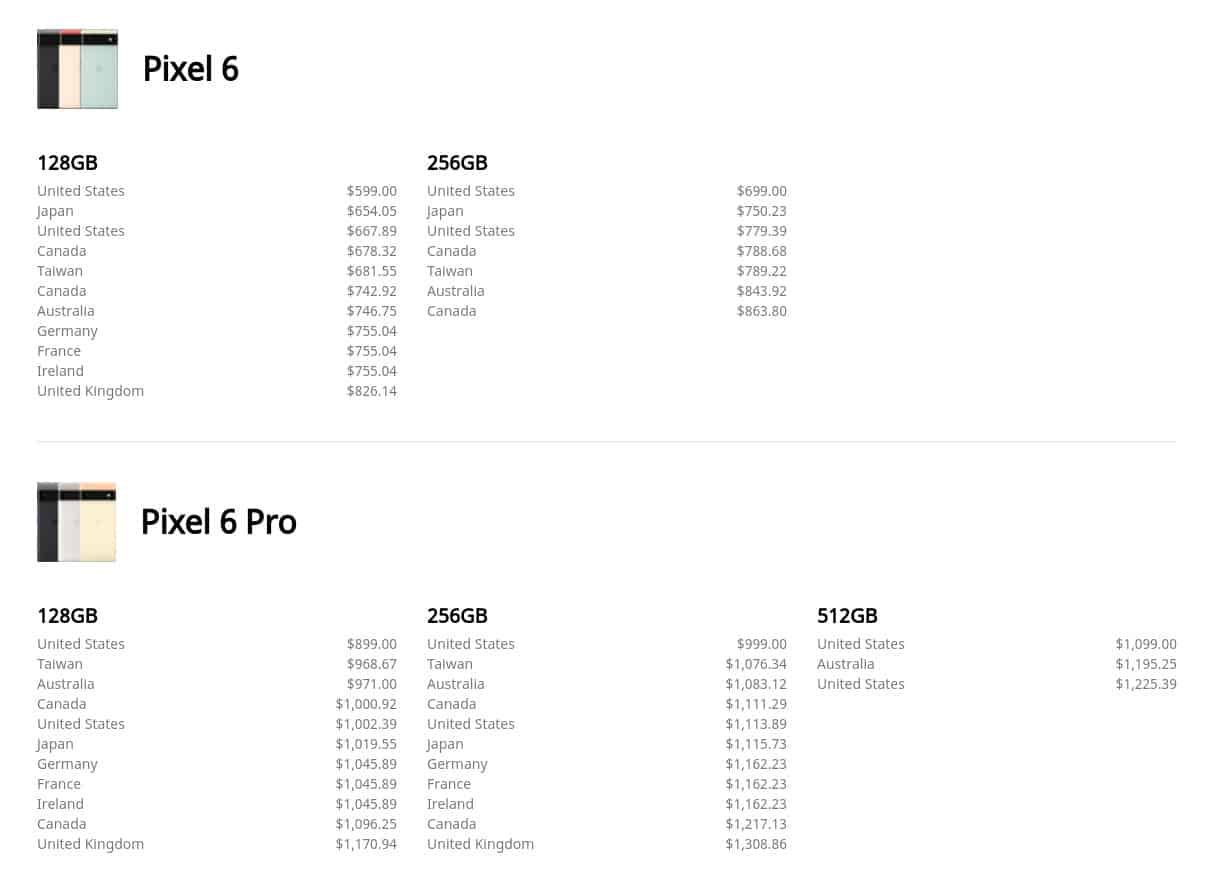