OnePlus is adding to its collection of special edition devices with the launch of the OnePlus Watch Harry Potter Edition. The company has unveiled the new wearable in India, where it will go on sale from October 21st. OnePlus previously launched the Cobalt Limited Edition of the watch in July.

The Harry Potter Edition of the OnePlus Watch features the same internals as the original version. Meaning it sports a 1.39-inch AMOLED display with a 2.5D curved glass on top. The wearable has an IP68 rating for dust and water resistance as well as a 5ATM water resistance rating. In less technical terms, the device should be able to withstand immersion in water up to 50 meters deep for ten minutes.

The watch features 4GB of internal storage, a built-in microphone, a speaker, and GPS. It packs a 402mAh battery that can keep it running for up to two weeks on a single charge. With Warp Charge technology, just five minutes of charging is enough for a day worth of power, OnePlus claims.

Health features include a heart rate monitor, a SpO2 monitor (blood oxygen saturation), a sleep tracker, and a stress monitor. The watch supports 110 workout modes, including walking, running, yoga, swimming, and many more. While the internal components remain unchanged, this limited edition device does sport an exclusive look on the outside. It features a rose gold dial and brown vegan leather strap with an embossed Hogwarts crest on either side. The watch also gets custom icons, animations, and fonts.

OnePlus is offering dynamic watch faces for the four Houses of Hogwarts School of Witchcraft and Wizardry: Gryffindor, Hufflepuff, Ravenclaw, and Slytherin. You also get two more exclusive watch faces with Hogwarts and Hogwarts Seal. Like most other limited edition devices, the OnePlus Watch Harry Potter Edition also comes in a special package. 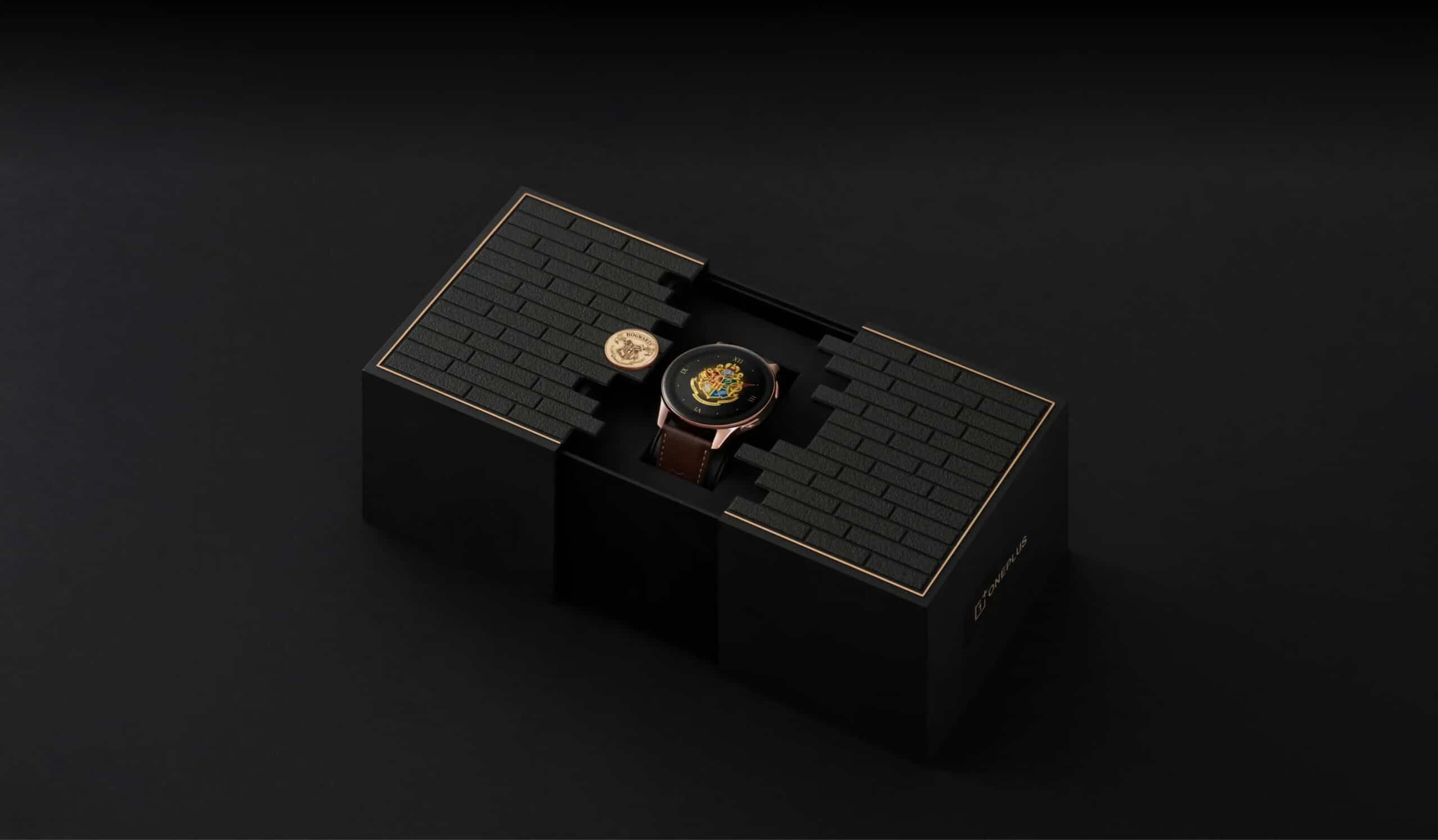 The OnePlus Watch Harry Potter Edition will cost ₹16,990 (approx. $225) in India. That’s a tad costlier than the original OnePlus Watch which retails for ₹14,999 (~$200). But you’ll be paying extra for a special experience.

Interested buyers can pick up the wearable from both offline and online OnePlus retail channels. The company will also open an early access sale on the OnePlus Store App starting October 20th at noon local time. There’s no word yet on its availability in the US. But there’s little hope as the OnePlus Watch Cobalt Limited Edition also didn’t make it stateside.