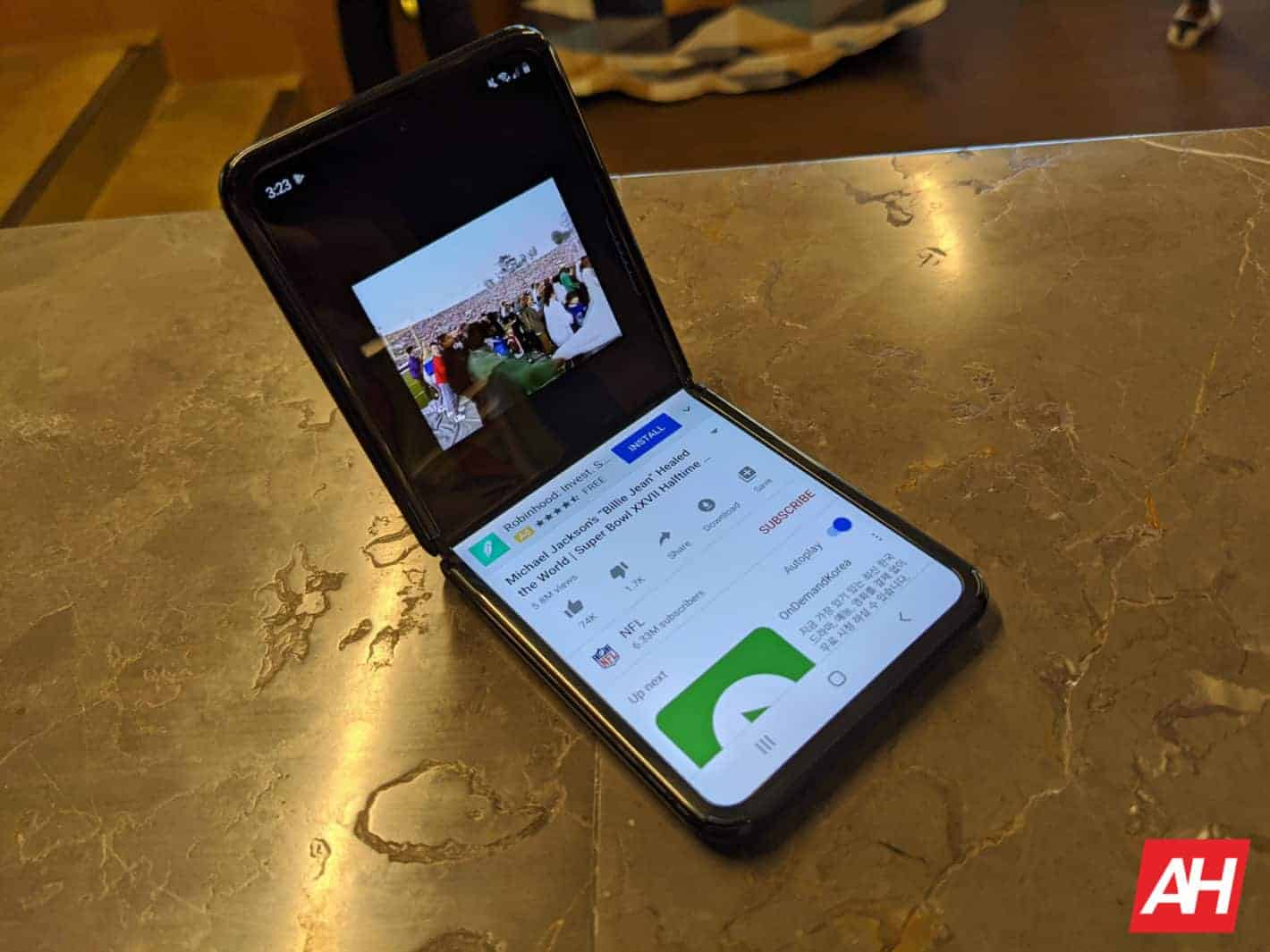 The flip device instantly caught everyone’s attention, as it was having a clamshell-style design and not a regular slab shape. It came out with Android 10 with One UI 2.0 out of the box.

It received Android 11 bundled with One UI 3.0 back in December 2020, and One UI 3.1.1 a few weeks later. Samsung Galaxy Z Flip was powered by the then-latest Snapdragon 855+ chipset.

One of the biggest caveats of the device was the tiny cover display, which was actually good for nothing. Thankfully, the company has addressed this limitation in the latest version of the Galaxy Z Flip 3. You now get a much bigger cover display on it.

Fast forward to now, the device is getting updated with the latest security patch. Notably, the October 2021 security update fixes over 60 vulnerabilities related to data security and privacy.

For more information about the update and the vulnerabilities it fixes, you can head over to the official Samsung Security Bulletin website.

As per SamMobile, the Galaxy Z Flip October 2021 security update is currently rolling out in various Asian and European markets. Some African countries are also getting this update.

Other countries are expected to get the Samsung Galaxy Z Flip update soon. It arrives with firmware version F700FXXS8EUI2. The changelog does not mention the addition of any new feature to the device.

This means that the update is purely incremental in nature and it simply bumps the security patch level of the device to October 1, 2021.

If you are a Samsung Galaxy Z Flip user in any of the markets where the update is live, you would have received the update notification by now.

Otherwise, you can also manually check for the update on your Galaxy Z Flip device by heading over to Settings. Then tapping on Software update > Download and Install. If there is a new update available for your device, then you can tap on the notification to start downloading the latest update.