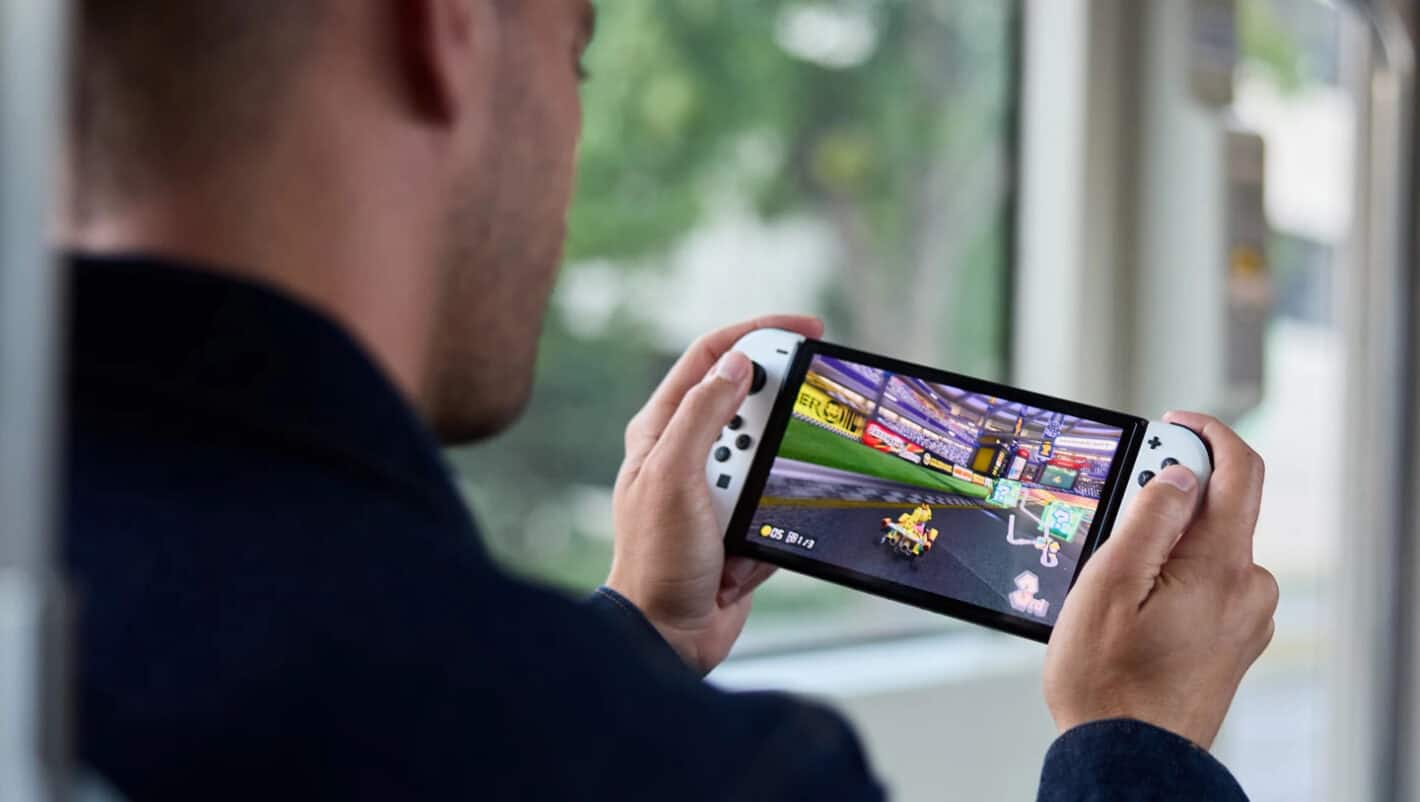 The Nintendo Switch OLED comes with a bigger, brighter, more beautiful display, and its always-present protective cover is there to make sure it stays that way. See, Nintendo designed the Switch OLED screen with an anti-shatter film. A very thin layer of adhesive that acts as a barrier against scratches and scuffs. Not to mention shattered glass in the event of an impact.

According to a report from The Verge, Nintendo highly recommends that users don’t remove this protective cover from the Switch OLED screen. To the unfamiliar, it might look like your everyday screen protector. Or something that might have been put there for the singular purpose of protection during shipping.

On the contrary though, it isn’t meant to be removed and is instead intended to be a permanent addition. Having said that, as The Verge points out this adhesive film is likely going to go unnoticed by many users.

The protective cover only comes on the Nintendo Switch OLED

This is the first Switch model that Nintendo has added this anti-shatter film to. So you’d be forgiven for not knowing it’s there, and thinking that it should be something that needs to be peeled away from the screen if you did notice it.

Of course the reason it’s there in the first place is because this is the first Switch to come with a glass display. So it’s the first model that really needed, or at least could benefit from having this kind of protection.

If you did happen to remove the protective cover, there may still an option for you replace it with something similar. Though it wouldn’t necessarily be the same quality as what Nintendo had already installed. For example, ZAGG may very well come out with some sort of thin protective film for the OLED model.

Though at the moment it only offers options for the Switch and Switch Lite. All in all, it’s not a total loss if you’ve already removed the film. You just, have to be more careful with your Switch OLED going forward. Lest you find yourself with a cracked glass screen.