Android 12 is the talk of the town, mainly because of the Material You design change. Google is also just a few moments away from debuting the Google Pixel 6 lineup.

Since the Google I/O event, Google has been teasing the Material You-themed weather widgets. They have been appearing on various Android 12 mockups and wallpapers, including the official Google Pixel 6 Pro images.

Well, that is changing today. Because, in a recent report by DroidLife, the Material You-themed weather widgets are now finally showing up with the latest beta version of the Google app.

Prior to this update, users could only choose from two weather widgets. Notably, there was one with a square shape and the other one with an axis oblong pill, as mentioned by DroidLife.

As far as showing information is concerned, the square weather widget showed your location, temperature, along with highs and lows for the current day. It also included an image to describe the weather forecast.

Whereas, the oblong pill-shaped weather widget would only show the current temperature of your city along with the state. Fast forward to now, you will now have new Android 12 Material You weather widgets.

The new Material You weather widgets showed up for folks at DroidLife with Google app beta version 12.41.14.29. There are two widgets, both named ‘Weather’. They measure 3×3 by default, which can be shrunk down to 3×2.

This isn’t a server-side update, and widgets won’t show up automatically. If you wish to enjoy the new Android 12 weather widgets, then you need to download the latest beta version of the Google app.

Once you are done with it, the app will automatically look for a new update. After the update is detected, you can download it and enjoy the new Android 12 Material You weather widgets.

Do note that you need to have a Pixel device running on the Android 12 beta version to get the new widgets. Besides, reports claim that sideloading the update on other devices doesn’t work. So, they are Pixel-exclusive, for now.

A wider launch and support for other devices would be welcomed by users. 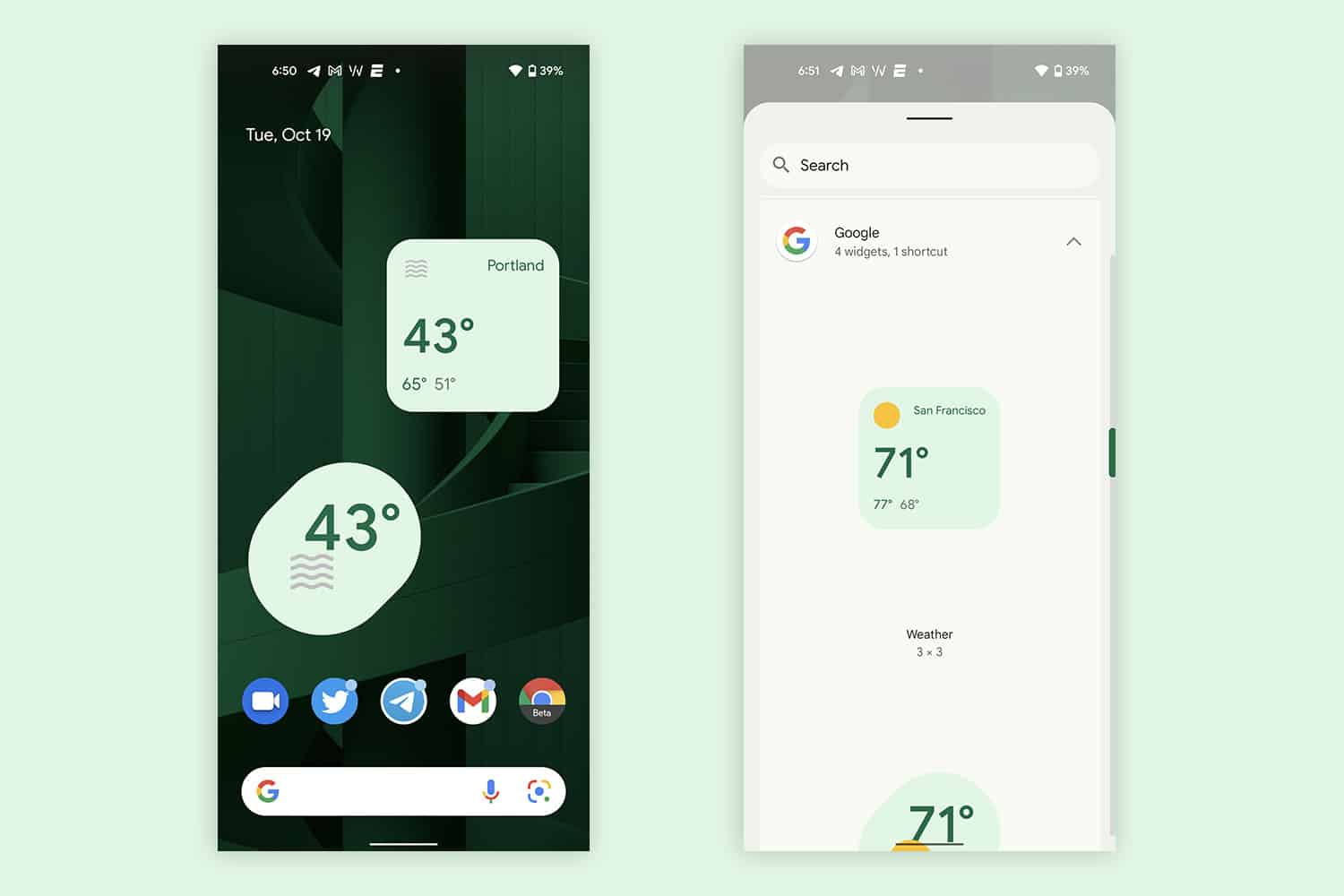