Mobvoi, the Chinese consumer electronics company known for its Ticwatch-branded Wear OS smartwatches, has launched its latest model, the TicWatch Pro X. Exclusive to the domestic market, at least for the time being, this watch shares a lot of similarities with the TicWatch Pro 3 that launched globally last year. It’s unclear if the company plans to bring it to markets outside China in the future.

The Ticwatch Pro X is a flagship smartwatch powered by the Snapdragon Wear 4100 chipset. Mobvoi is packing the device with 1GB of RAM and 8GB of storage. It sports a 1.39-inch AMOLED display, along with a secondary FSTN LCD screen for low-power usage.

The latest Mobvoi smartwatch runs on Google’s Wear OS platform, the older one. The new Wear OS, which Google has co-developed with Samsung will remain exclusive to the latter’s Galaxy Watch series smartwatches until late next year. The company has said that Mobvoi’s existing TicWatch Pro 3 GPS, TicWatch Pro 3 Cellular/LTE, and TicWatch E3, as well as upcoming TicWatch models, will receive the upgrade in the second half of 2022. So the Ticwatch Pro X should eventually make the jump to the new Wear OS.

Coming back to the specs, the Ticwatch Pro X features an IP68 rating for dust and water resistance. So it should be safe to take it out for a run during slight drizzles, or even for a short swimming session. Mobvoi is offering tons of activity modes for optimal performance. These include running, walking, swimming, cycling, mountain climbing, yoga, and more (via). The watch offers detailed insights into your various activities. There are also many health features including heart rate monitoring, SpO2 sensor (oxygen saturation), calorie tracker, and stress monitor.

Mobvoi usually offers eSIM capabilities with its premium smartwatches in China and it’s there on the Ticwatch Pro X as well. So you’ll always have cellular connectivity (4G LTE) even if you don’t have your smartphone around. Other connectivity options include NFC, Bluetooth, Wi-Fi, and GPS.

Mobvoi doesn’t tell the exact battery capacity of the Ticwatch Pro X but it promises up to four days of battery life on normal usage. On Durable mode, which essentially cuts off most smart capabilities of the watch, it can run for up to 45 days on a single charge. This is when that secondary FSTN LCD screen comes into play. 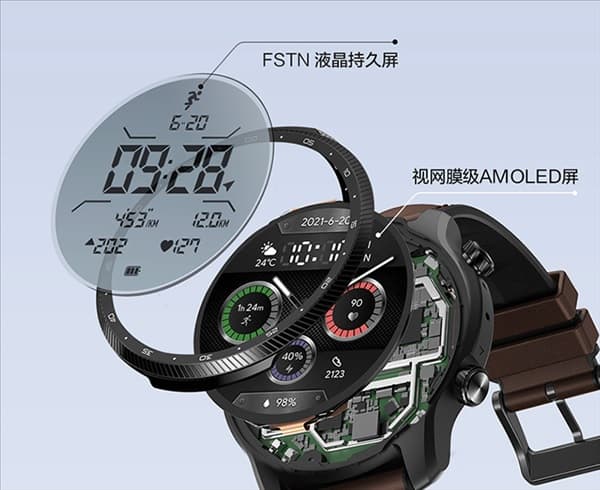 The Mobvoi Ticwatch Pro X is now on pre-sale in China via JD.com for CNY 1,999 (approx. $310). The watch will reportedly cost CNY 2399 (~$372) when the general sales begin later this year. We will let you know if the watch ever comes stateside. 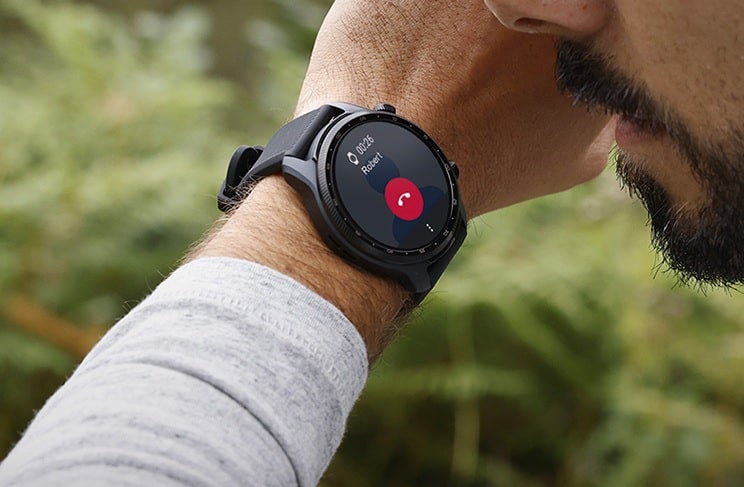