The Meta Platforms Inc., a newly-formed which from now on represents Facebook, is working on a new smartwatch. According to Engadget (via Bloomberg), the possible smartwatch may be able to take photos and videos through a camera placed at the front panel.

As per the leaked image by Bloomberg, the Meta smartwatch has rounded corners. But what makes it more interesting is a camera notch at the front. The image is found on one of the company’s iPhone apps by app developer Steve Moser. 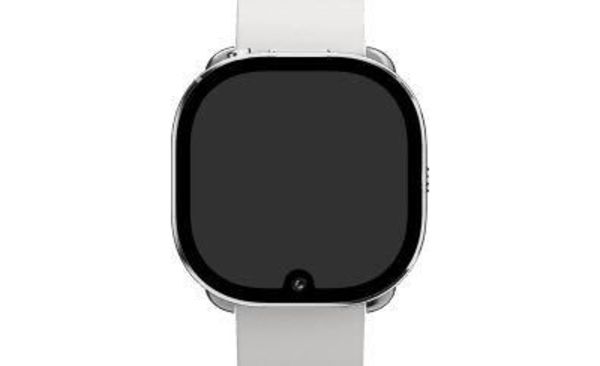 Judging based on the image in hand, the Meta smartwatch has a very similar design, as you have seen in Apple Watch. Moreover, we can see a stainless steel casing and detachable wrist strap.

The developer who found the image say that the smartwatch may launch with the Milan name. However, the front-facing camera could be a trump card for the Meta smartwatch. Owners can use the camera for video conferencing or capturing images and videos. The watch can reportedly download pictures and videos to a phone.

This feature currently is not available in any smartwatch, and it would make Apple, Google, and Samsung rethink about future features of their smartwatches.

Meta smartwatch is close to launch

As per Bloomberg information, Meta may decide to launch its new smartwatch in early 2022. However, this is not officially confirmed by the company, and the spokesman refused to comment.

Facebook, or in today’s term Meta, is reportedly working on three generations of products, each having a different launch time. We still don’t know much about the specification. However, some features like a heart rate monitor and LTE connectivity will be included.

Of course, this is not the first time that we’re hearing about Facebook or Meta plans for launching a smartwatch with a camera. Earlier this year, The Verge reported that Facebook is working on a new smartwatch with front-facing and a 1080p rear camera. The camera also has autofocus.

The release of a smartwatch equipped with a camera by Meta seems inevitable. This can be a revolutionary feature in smartwatches and take the performance of these gadgets to a new level.

Other smartwatch manufacturers like Apple, Google, Samsung, and Garmin will definitely launch their future smartwatches with a front-facing camera. Apple is currently the leading company at the wearables market, and it doesn’t want to give up its market share to Meta.