Although Google rolled out Material You updates for a wide range of its apps over the past few months, some were left out. This includes Google Translate. Well, that changes now with the company now sending a long-overdue visual upgrade to its popular translation app. However, there’s a caveat.

First spotted by the folks over at 9to5Google, the new Material You redesign could be exclusive to the Pixel 6. We got a fair bit of information on the redesign of the Translate app a few weeks ago, so we knew this always was on the cards. The changes appear on version 6.25.0.02.404801591 of the Translate app, which is now widely rolling out through the Play Store.

Users will first notice the most obvious change in terms of color schemes, which now blends with your phone’s wallpaper. The layout has also undergone a refresh with larger options for the language switcher and a focus on text translation.

Google Translate is switching over from 2014’s Material Design

The bottom of the screen features three keys to translate via the camera, voice, or enable interpreter mode. Users can access translation history from the top, while there’s also the option to write words on the screen, preferably with a stylus.

While the update seems to be rolling out only for the Pixel 6 series right now, it should be available on other devices over the coming days. It’s worth mentioning that Google Translate hasn’t seen a visual overhaul since 2014. This effectively means that the app is making the switch from Material Design to Material You. 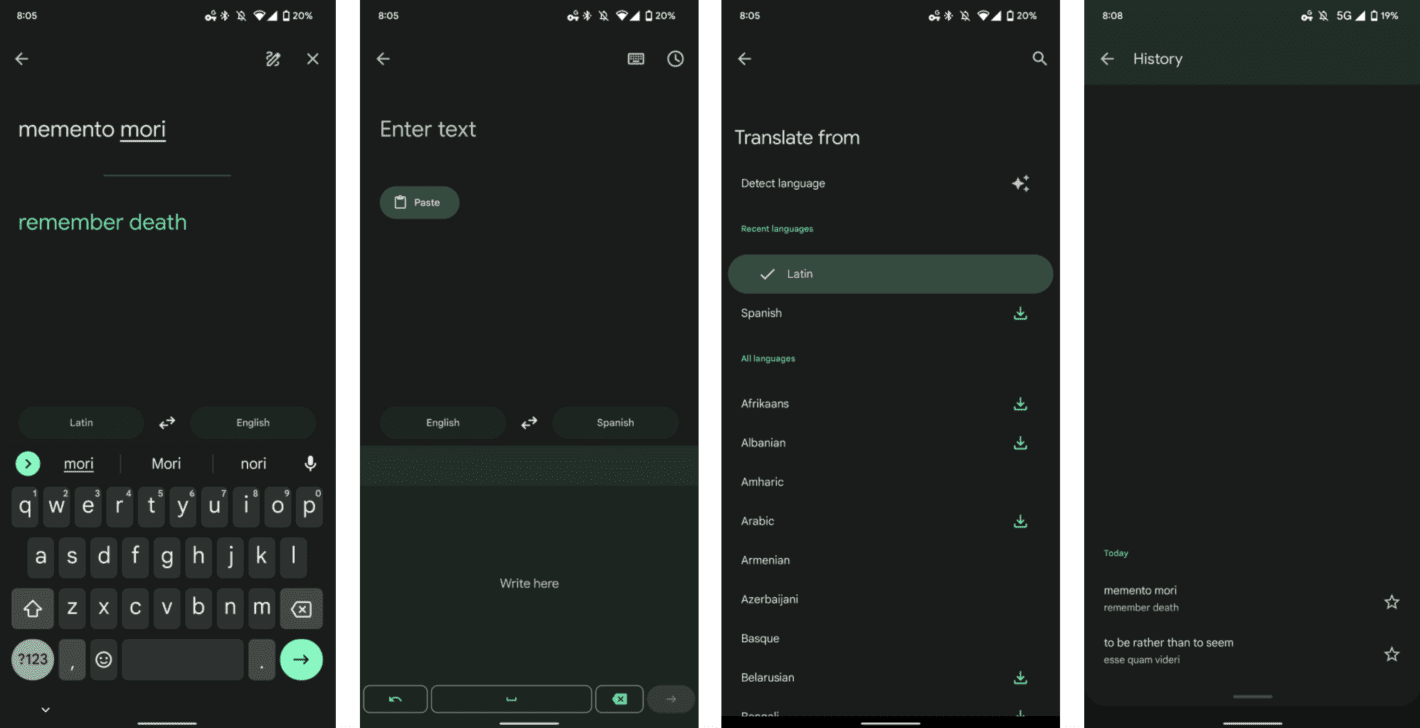 Over the past couple of months, we’ve seen apps like Calendar, Meet, Duo, Drive, and more receive the Material You update. However, a bulk of non-Google apps still haven’t, and it is unlikely to change anytime soon.

Android 12 brings a ton of new changes to the fore apart from Material You. It also bundles some important security and privacy-related upgrades. This week, older Pixel phones started receiving an update containing the redesigned Security hub from Android 12. This brings a visual overhaul of the Security panel inside the Settings page.

The Android Private Compute Core is also making its debut with Android 12. This allows the OS to run sensitive tasks on the device rather than leveraging cloud services. Features like Live Caption, Smart Reply, etc, rely on this feature.