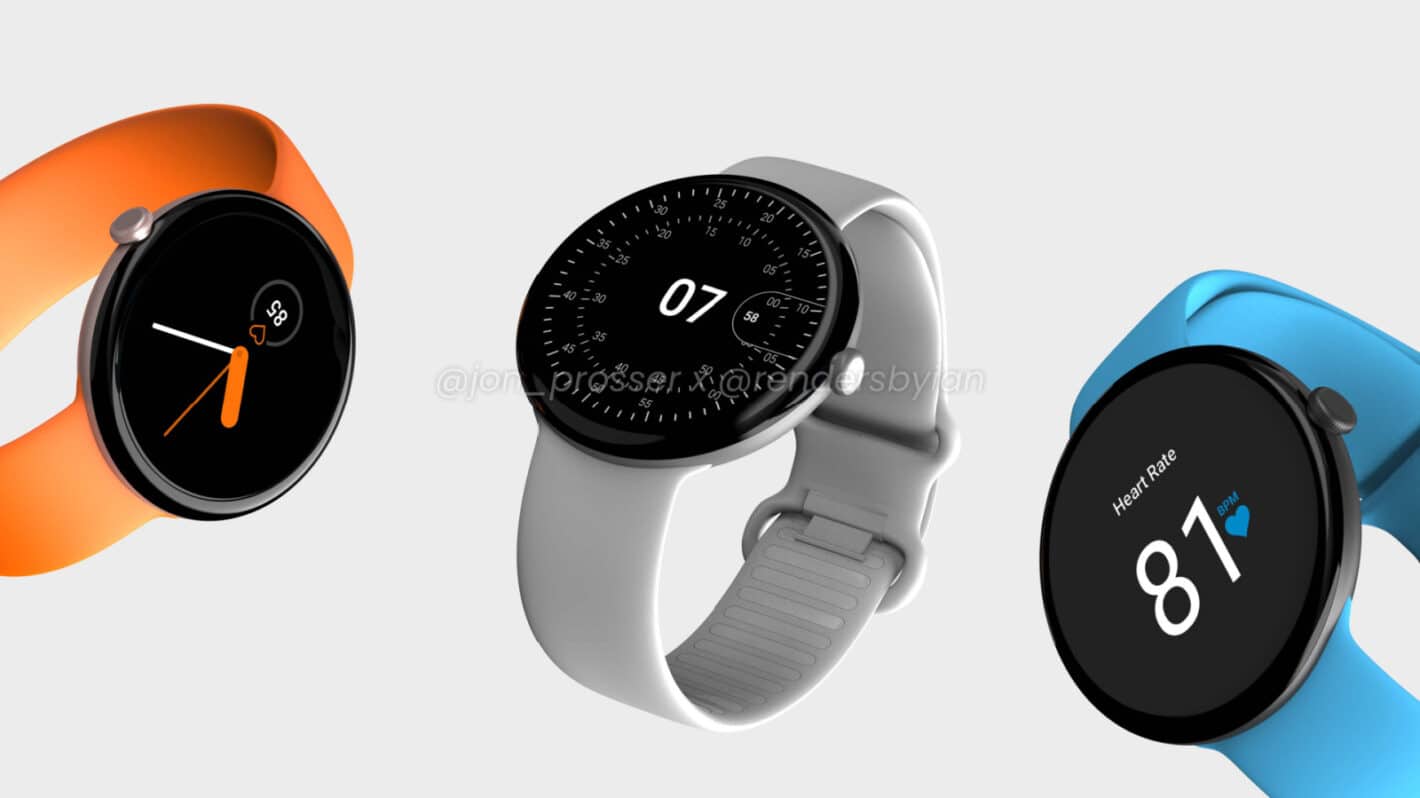 As most of you know, the Pixel 6 event is happening later today. Google will announce the Pixel 6 and 6 Pro during that event, along with a new wireless charger, and possibly some accessories for the phone. What is not coming today is the Pixel Watch, even though it was rumored to arrive alongside the Pixel 6 a while back.

We didn’t hear anything about the Pixel Watch for quite some time now, and assumed that it’s not launching today. Those suspicions have been confirmed by Jon Prosser, basically.

The Pixel Watch will not launch today, it’s coming in Q1 2022

The tipster went to Twitter to say that the Pixel Watch won’t launch today. He says that its launch has been postponed until Q1 2022.

As a reminder, Jon Prosser was actually the person who revealed the design of the Pixel Watch. When that information went out, quite a few people were excited, as it does look quite minimal and nice at the same time.

We’re not sure why the watch got delayed. It’s possible Google didn’t manage to finalize the software, or had component-related issues due to the chip shortage. It’s also possible Google felt like it’s not the right time to launch it. There are a lot of possibilities.

The watch will feature a round display, and a single button on the side

Based on what Jon Prosser shared back in April, the Pixel Watch will feature a round display, and a single button on the side. We do hope that button will double as a rotating crown, though.

The glass on top of its display will be slightly curved, and the watch will be quite thin, it seems. It does look really nice next to the Pixel 6, at least in those third-party designer-made renders that got shared earlier this year.

That smartwatch will run Google’s new Wear OS 3 software on top of it, of course. We don’t really have any spec-related information thus far, but such information may start leaking in the coming weeks / months.