How the transfer works from Google One to Pixel Pass

The perks of getting in on the new plan are broad. The Google Pixel 6 or Pixel 6 Pro are, of course, included. At either $45 or $55 to start, with variances based on which exact model is purchased.

Once the plan is set up, and the phone ships, users with existing Google One plans will see that plan transferred over. Effectively making it part of a subscription that also includes Play Pass, device protection, YouTube Premium, and YouTube Music Premium.

Moreover, for those who have Google One already and who have a 200GB tier plan or less, that plan could change slightly. Those who have less storage will see that set at 200GB with the move to Pixel Pass. Meaning that at least some users will have more storage than ever before.

All of that will, of course, be set up automatically. With Google pushing the transfer as noted above when the Pixel 6 or Pixel 6 Pro ships. The $599 and $899 handsets, respectively, are expected to start shipping as of October 28.

Here’s the caveat and it’s no small deal

The caveat to all of this comes in the form of a limitation put on the entire Pixel Pass subscription model by Google. And it applies directly to that storage amount. As discovered during our own examination of the new offerings, namely, users who already have Google One on a tier above 200GB may not be eligible. In addition to a few other potential exceptions shown in the image below. 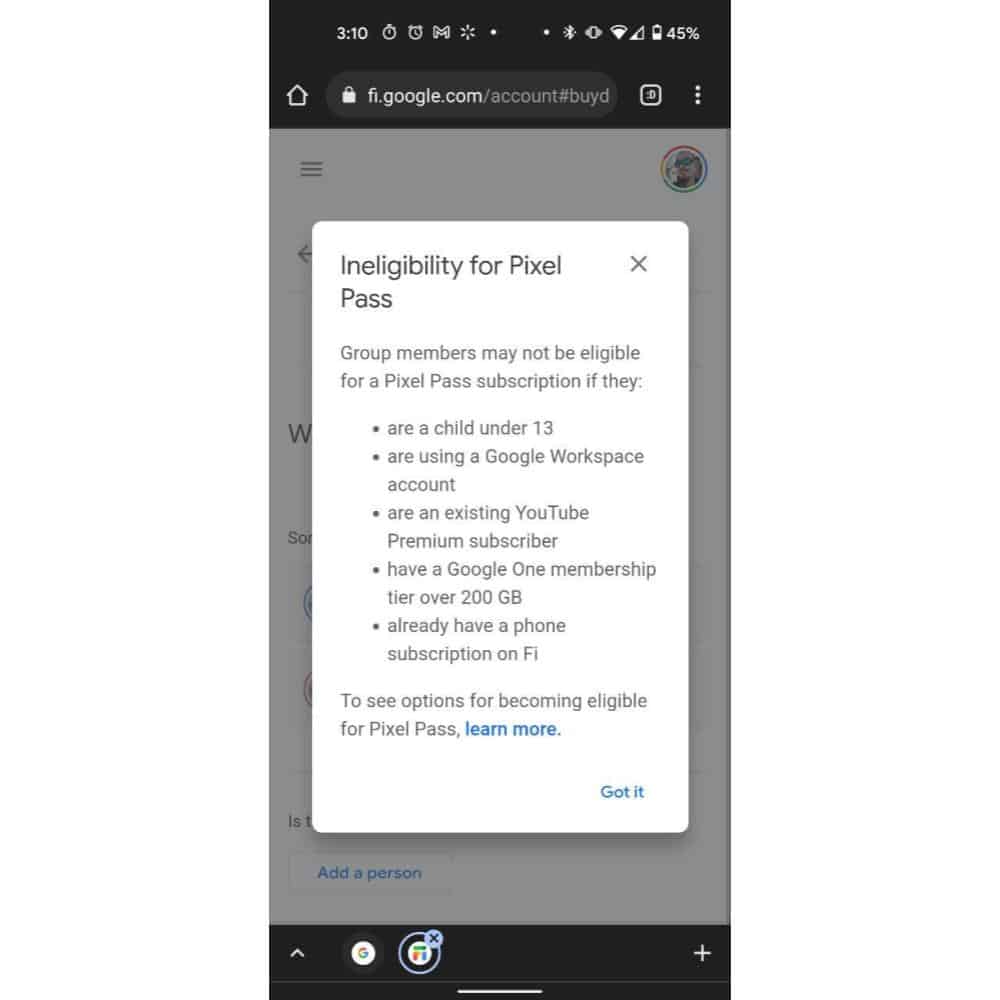