Google has been involved in the smart home space for a while now. Industry-defining acquisitions like Nest Labs in 2014 for $3.2 billion showed Google’s commitment to smart home technology. Well, Google is not looking to be the quiet kid on the block. At the Google Smart Home Developer Summit, Google announced a complete rebrand of it’s Smart Home ecosystem. Drumroll please. Introducing “Google Home”! Surprised? Yeah, I know, but lets just gloss over the obvious name and see what is included.

I think it would be important to mention the sheer scale of everything included within Google’s Smart Home ecosystem. Google Home will include Google Home speakers, Google Assistant, Nest devices, Android, and new smart displays. Lets not forget the multitude of apps and devices made by partners and developers.  All of this exciting technology will now fall under the umbrella of Google Home. 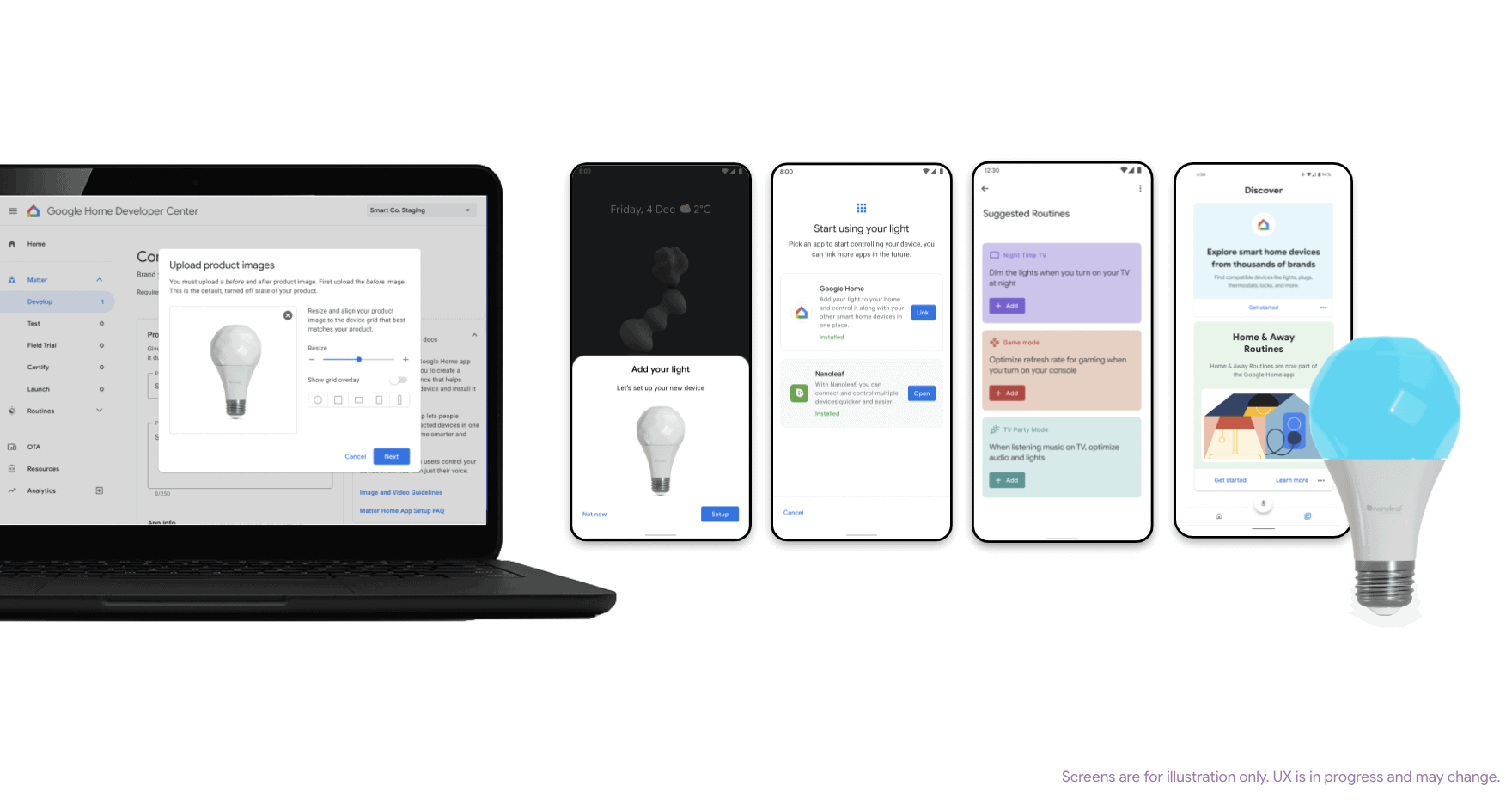 Much to the excitement of developers and smart home geeks around the world, Google has also revealed some pretty ground-breaking developer tools. Chief among these tools is the new Google Home Developer Center. Launching in early 2022, think of this as the go-to place for Smart Home developers to learn and build Smart Home devices, applications and automations. Additionally, the Developer Center will open a whole host of opportunities like building Matter apps and devices and giving access to analytics and performance monitoring.

Matter is a universal and open smart home application protocol which will allow you to build, buy and setup any smart home devices in the Matter ecosystem or app. To make this feature accessible, Google is updating Nest and Android devices with Matter support. This means you will be able to control your smart home devices within the Matter ecosystem with any Android, iOS and/or Fire device alongside Google Assistant, Displays and Nest speakers.

To make development of Google Home devices easier, Google has developed a specific integrated development environment (IDE) called Google home IDE. Furthermore, this IDE can also be used with the ultra-famous Visual Studio Code. Developers will now be able to build Smart Home devices and connect them to Google in a familiar environment.

Google Home App is a necessary and central part of this whole Smart Home puzzle. Google wants developers to build features that encourage users to spend more time on it. For e.g., your Google Home App might prompt you to use certain features that you are not currently using. Likewise, new capabilities like Matter Apps users can connect to on Android directly and the Developer Center, which will enable you to access development and marketing tools to launch quickly, all sound thrilling.