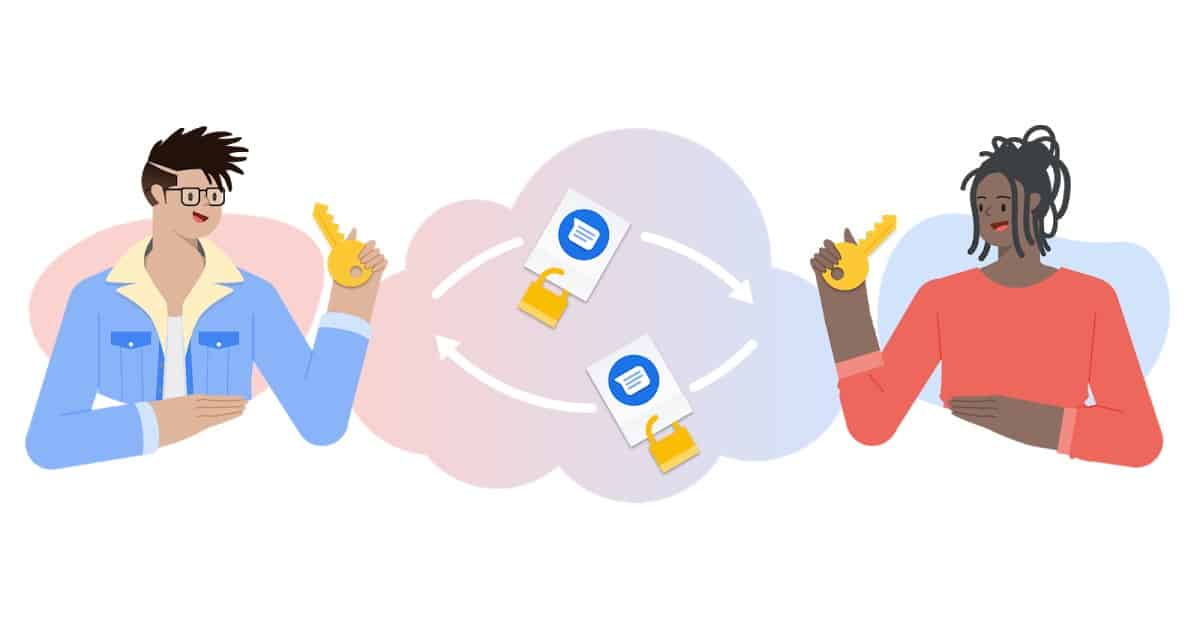 Google has been recently gaining support from wireless carriers in its effort to replace the traditional SMS (Short Message Service) with RCS (Rich Communication Services) as the default messaging service on smartphones. Over the past few months, T-Mobile, AT&T, and Verizon have all announced their respective plans to adopt RCS. Most Android smartphones are now expected to support the new messaging standard by 2022.

However, RCS still has one more big company to get on board before the feature becomes ubiquitous on mobile devices: Apple. The iPhone maker hasn’t yet made a peep about whether it will support RCS anytime soon. But Google isn’t holding back whenever it gets an opportunity to nudge Apple about it.

Most recently, Google SVP Hiroshi Lockheimer took to Twitter to tease how the company could help Apple fix the broken group chats on iPhones. He’s referring to the instances where messages sent from an Android smartphone to an iMessage group appear in green bubbles while those from an iPhone appear in blue bubbles.

That’s because text-based communication between Android smartphone and iPhones takes place over SMS. Apple uses its own messaging system for iPhone-to-iPhone text messages. So if there’s one Android user in an otherwise iPhone-only group, message bubbles appear inconsistent, though there’s nothing broken here.

If iPhones supported the RCS messaging standard, things wouldn’t look broken. That’s what Lockheimer cheekily suggested to Apple. “Group chats don’t need to break this way. There exists a Really Clear Solution. Here’s an open invitation to the folks who can make this right: we are here to help,” he said in his tweet.

Of course, Apple doesn’t need Google’s help in adding RCS support to iPhones. RCS isn’t a Google-made standard. It’s developed by the GSM Association, which is the standards body for mobile devices. The new standard is feature-packed and is a big upgrade to SMS. It offers features like typing indicators, read receipts, group chats, and end-to-end encryption.

RCS also has no character limits and lets you send larger files than SMS. It needs an active internet connection to work. Both the sender and the recipient need to have their device connected to the internet. But as most people now use smartphones, that shouldn’t be a problem. And in case you don’t have an active internet connection, you can still choose to send the message over SMS.

Google liked the idea and quickly adopted it. Wireless carriers were initially reluctant to support the new standard wholeheartedly. Google eventually took the matter into its own hands, rolling out RCS to Android smartphones on its own. Carriers have now decided to support the internet giant in this effort. But until Apple also supports RCS, messaging between Android phones and iPhones will have to rely upon the elderly SMS standard.