Among the several new features coming with Android 12 is the brand new Internet Panel. However, this feature hasn’t gone down well with some users. Google has now tried to explain its functionality in a new community post.

For those unaware, the Internet Panel brings together the mobile data and Wi-FI toggles rather than having these buttons separately. Tapping the standalone Internet button from the Quick Settings opens up a window to toggle mobile internet or Wi-Fi on/off. So the new Internet Panel brings an additional step to the simple process of enabling data or WiFi.

“From our user studies, we found that the majority of users turn off Wi-Fi in order to force their phone to connect to cellular. This is usually done in response to a poor Wi-Fi connection and the lack of an alternative way to get the phone to explicitly connect to the user’s carrier,” Google said in its post (via).

“Users who turn off Wi-Fi will often forget to turn Wi-Fi back on again, resulting in possible excess mobile data usage. Our research showed that this has been a pain point for users, so we made the decision to address it with this release.”

Google cites internal studies conducted on the topic, so it’s clear the company has done some research. But the company admits that the change took a while to get used to, adding that it helps users in the long run. 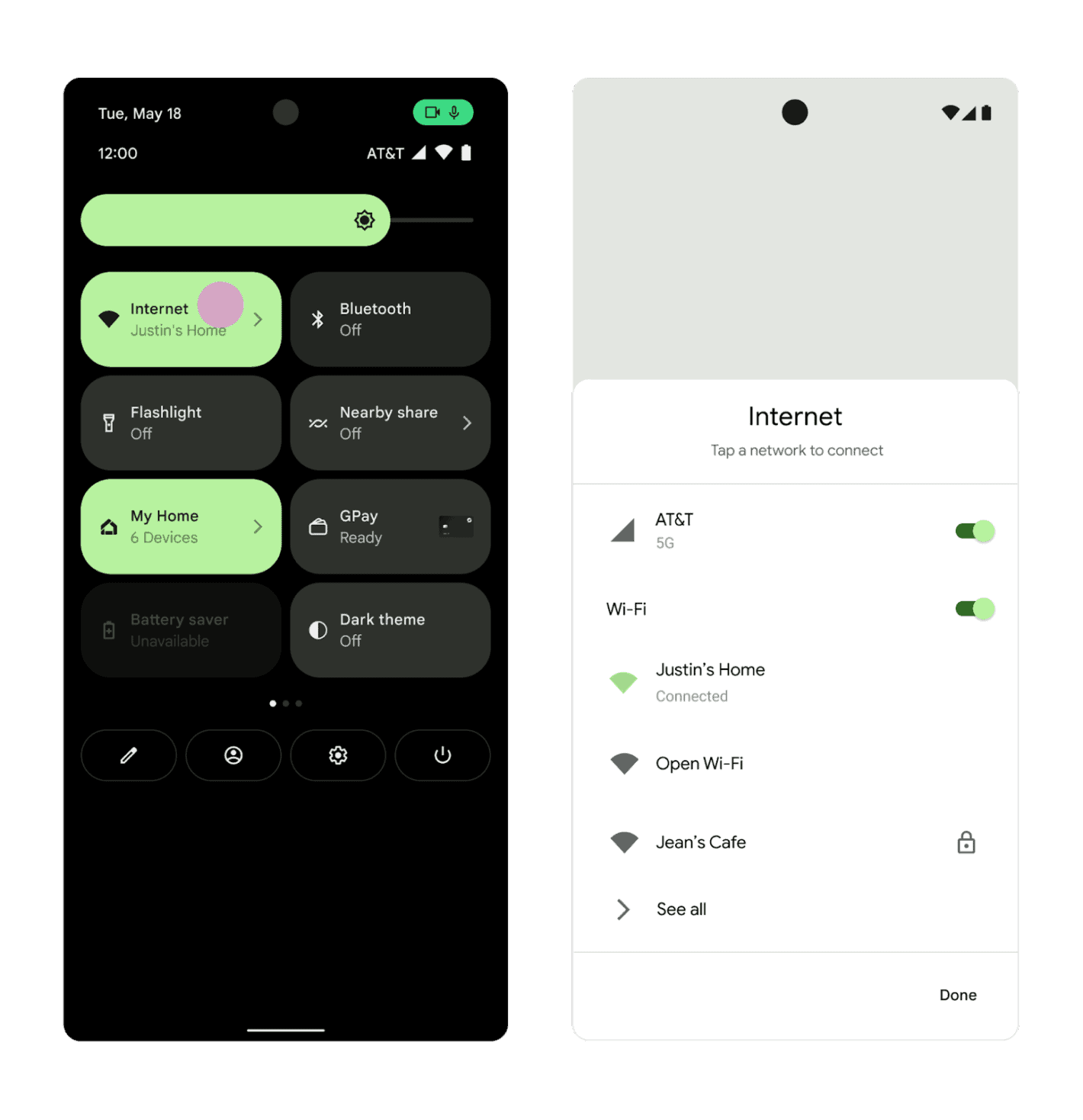 The company further said that the Internet Panel is currently inaccessible from the lock screen. This could change with the upcoming Pixel Feature Drop for the Pixel 6 series.

The company has also rearranged the Quick Settings menu with Android 12. This is in addition to a wide range of visual changes making their way to the platform. Prominent among them is dynamic theming, which meshes the colors of your wallpaper with the system theme.

Android 12 is currently rolling out to Pixel phones while the Pixel 6 and 6 Pro have it by default. Meanwhile, Samsung is also developing its version of Android 12 with the new One UI 4.0. However, an official release could be a couple of months away.