A new concept smartphone has appeared online, and it’s based on Samsung’s very own patent. The Technizo Concept YouTube channel and Letsgodigital partnered up to make this happen. This concept device is referred to as the Galaxy Z Fold Note, and it looks quite interesting.

To be quite honest, it does remind us of Huawei’s first foldable, the Mate X. Why? Well, the general form factor is very similar. There is a thicker portion on the back that contains the phone’s cameras, and when the phone is folded, the back is flat, as part of the display sits next to those cameras.

That is the same approach that Huawei took with the Mate X, until it redesigned its foldable with the Mate X2. The Mate X2 does resemble the Galaxy Z Fold 2 and 3, so… yeah, manufacturers get inspired one with the other.

Samsung is not guaranteed to release a smartphone based on the aforementioned patent, though, not at all. In fact, chances are that this design will never see the light of day, but who knows.

In any case, the Galaxy Z Fold Note concept smartphone does have a really neat trick up its sleeve. It comes with a docked S Pen stylus. The implementation is different than on the Galaxy Note 20, though. 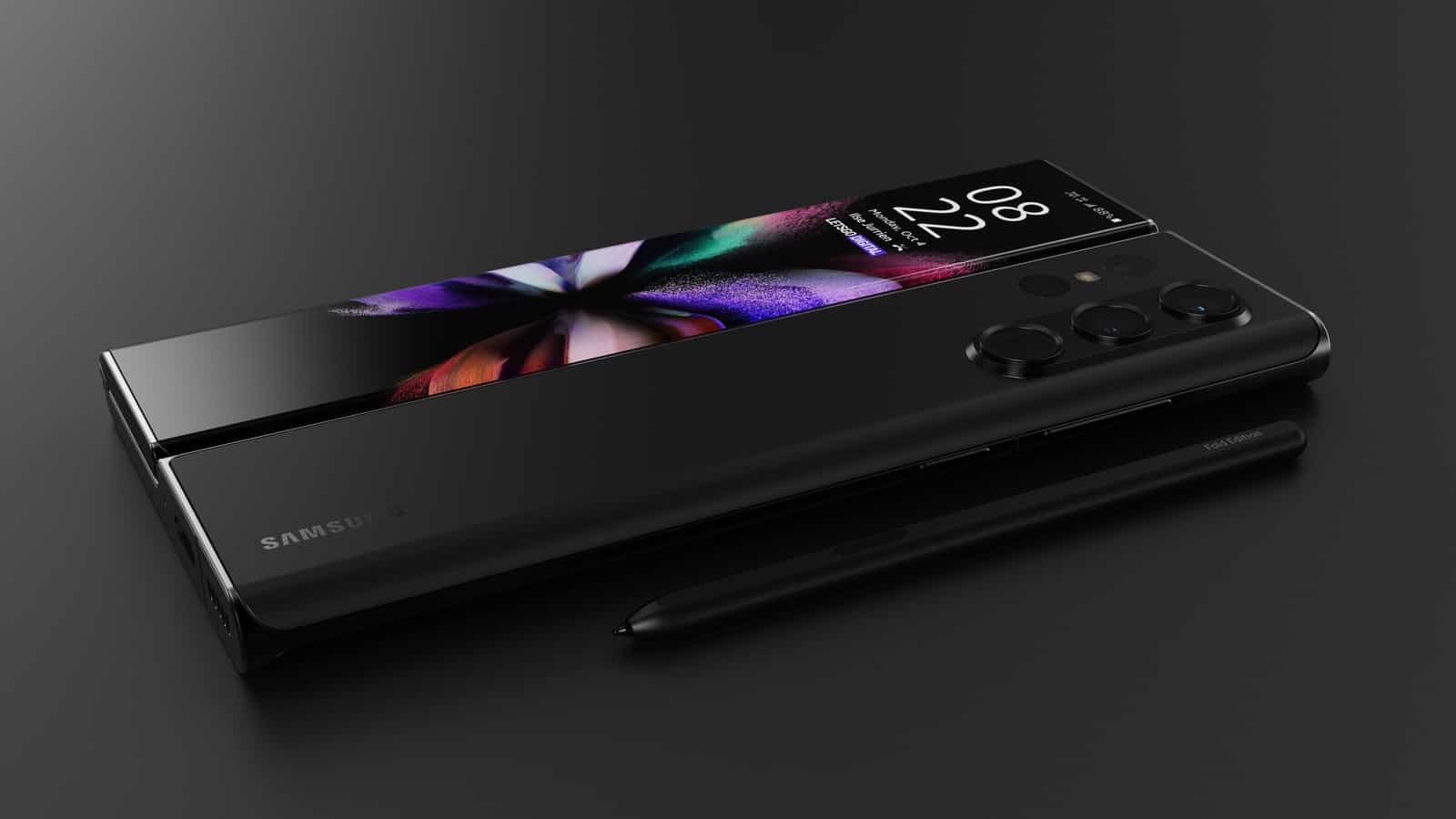 The stylus is docked at the back of the phone

The stylus is docked at the end of the phone, and covered by part of the display when the device is in its folded state. That’s a rather interesting implementation, though we wonder if it’s doable without making the phone a bit too thick.

We’d argue that the Galaxy Note 20 way of doing things makes more sense. Still, it would be interesting to see this design become a reality, that’s for sure. Samsung is not afraid to try out new things, so… who knows.

The next-gen Galaxy Z Fold device is expected to come with embedded S Pen, though, that’s for sure. The Galaxy Z Fold 3 was supposed to have a dock for the S Pen, but that didn’t happen.