The Samsung Galaxy S21 FE launch saga has been ongoing for months now. The device was first supposed to launch in August, but it was postponed due to chip shortage. It was suggested to arrive in October, but the latest report suggested that won’t happen. That report also suggested that the device may not launch at all, though the Galaxy S21 FE did appear on FCC once again. That listing does not really guarantee anything, though.

FCC hints that the Galaxy S21 FE may launch after all, but it’s far from a guarantee

A new Galaxy S21 FE listing popped up on the FCC, the SM-G990E model appeared. Now, this is not the first time the S21 FE appeared on the FCC, the same happened a while back. 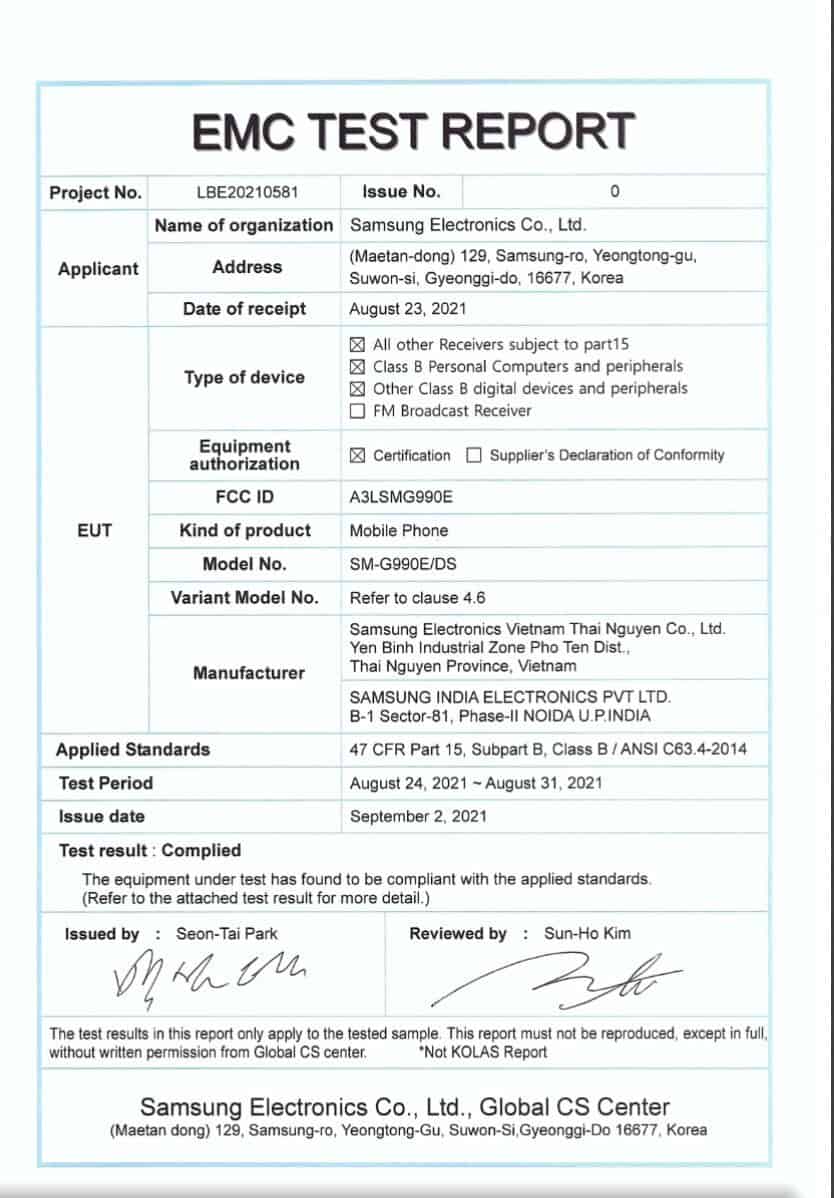 This new listing does kind of suggest that the device is still in Samsung’s plans, though it’s not a guarantee. Unlike the previous model, this is an Exynos-powered unit, allegedly. The other one was a Snapdragon model.

The new documents suggest that this device is coming, or was supposed to be coming, with a 25W EP-TA800 travel adapter a data cable, and a pair of earbuds.

Now, do note that this does not guarantee that the phone will launch, though. This listing is not exactly the newest, as it appeared on the FCC at the beginning of last month, but it wasn’t spotted until now.

That makes the report regarding the possible cancellation of the Galaxy S21 FE possible. A Samsung official confirmed that the device will not launch in October, and hinted that it may not launch at all.

Samsung is currently debating whether to release the device at all. It is already late, and the company still can’t guarantee it will have enough chips to meet the demand. On top of that, the Galaxy Z Flip 3 has been performing extremely well for Samsung. So, the company is considering using those chips for the Z Flip 3 instead.

The Galaxy S22 series is allegedly coming in January, so this decision does make sense. Launching a “flagship killer” a month before your next-gen flagships arrive may not be the best idea. Considering that the October event has been cancelled, we presume that the Galaxy S21 FE may launch in November, or Samsung may reschedule the October event. In either case, it seems a bit late to launch this smartphone. We’ll see what will Samsung decide, though.