Facebook is currently testing a cross-posting feature that automatically posts your Facebook Feed on the Instagram app. This can include photos or videos as well. Clearly, this feature is designed to save users the trouble of posting the same content separately.

Previously, the company enabled cross-posting of Instagram Reels and Stories on Facebook. With this move, Facebook is making cross-posting available on both sides. The company is yet to make a formal announcement about this feature, though it is rolling out in the form of a global test.

As TechCrunch notes, the toggle to enable cross-posting on Instagram will appear when you’re creating a new post. It’s located next to the toggles for modifying visibility and creating a new album. 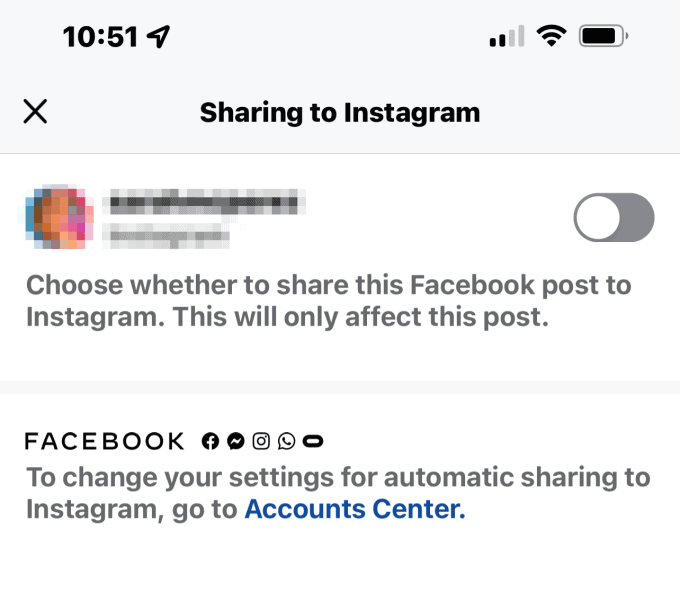 There are some limitations on what posts can appear on Instagram, however. Single videos, photos, and image galleries with a maximum of 10 photos are compatible. However, content such as polls, GIFs, reshares from the Facebook feed, photo albums with more than 10 photos, and so on cannot be shared on Instagram.

This isn’t a groundbreaking revelation given that we’ve already seen interoperability between apps like Messenger and Instagram in the past. However, the new cross-posting feature goes to show that Facebook wants to tightly integrate its services. This would make it harder for users to leave the platform.

Facebook didn’t mention when the new cross-posting feature will appear more widely to users around the world. But we suspect it won’t take too long. It’s clear that the company is trying its hardest to counter the growing popularity of rival platforms like TikTok and Snapchat.