The Android 12 Security Hub from the Pixel 6 is now making its way to older Pixel phones. This hub appears in the primary Android 12 Settings list. However, it now has a graphic on top containing four status messages. These include No problems found, Security can be improved, Security may be at risk, or Security is at risk.

If the system notices something wrong with your account, it will also provide a card below the status message to help you rectify the problem. The feature first made its way to the Pixel 6, but older Pixel phones are now getting the feature, provided they are running Android 12, as per 9to5Google.

The redesigned Security hub is only rolling out to some users

The addition of checkmarks makes the new hub more user-friendly. 9to5Google notes that the new Security Hub could appear as a server-side update. However, it isn’t widely rolling out to users yet. But if you own a Pixel device running Android 12, the chances are that the redesigned Security hub is already live on your device. 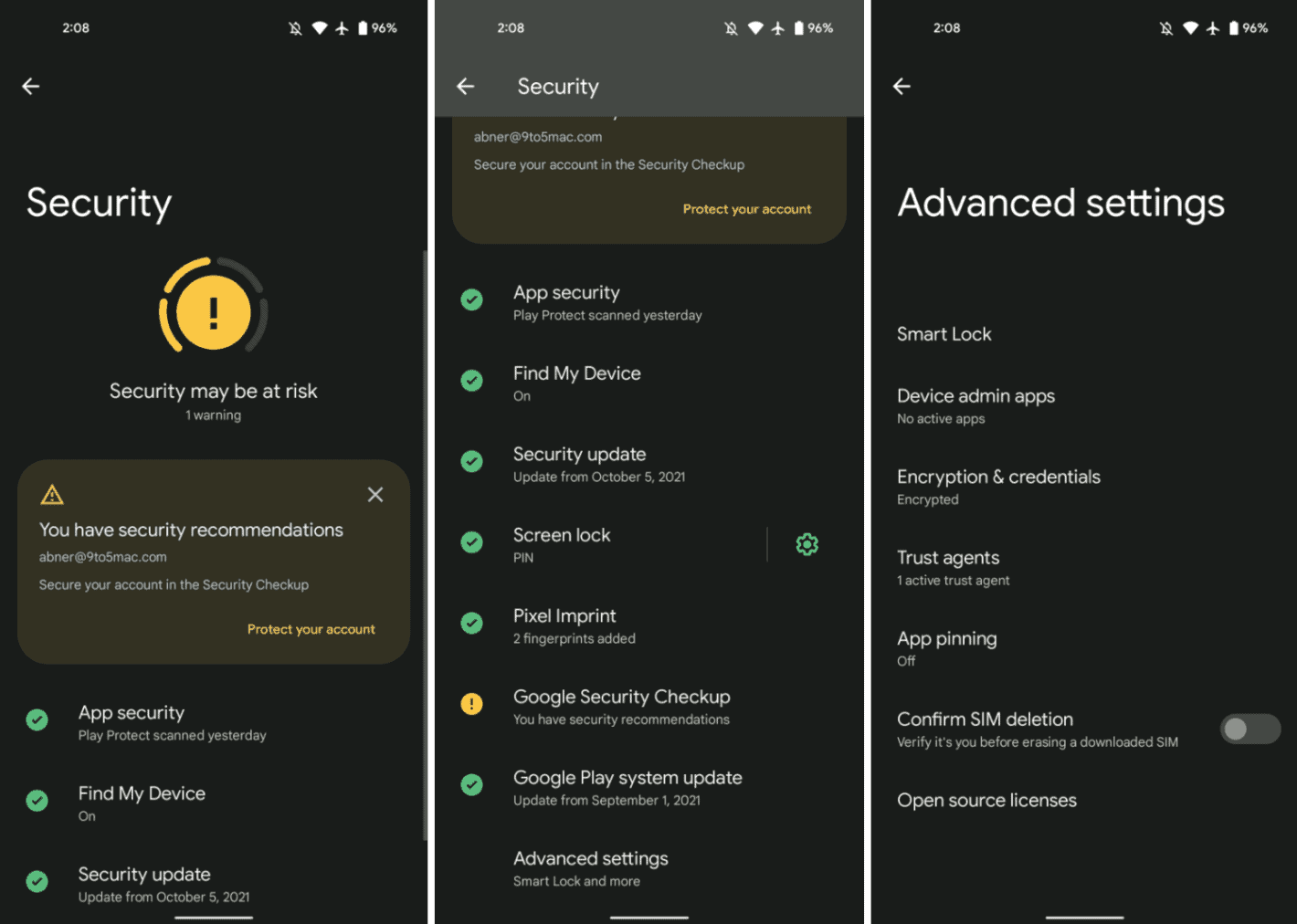 Google took the wraps off the Pixel 6 and the 6 Pro last week amidst plenty of hype. The phone ushers in a bunch of new changes, including significant security improvements. The Google Tensor chipset on the new Pixel lineup comes with the Titan M security module. The company claims that this chip offers “most layers of hardware security in any phone.”

So while the Google Tensor chip may not excel in performance benchmarks, it certainly has the upper hand in security. Google promises at least five years of security updates with the new Pixel 6 lineup, but it will only provide OS updates for three years. This is an area where Google has a long way to go, particularly when compared to companies like Apple.

On the software side, Google has worked extensively on Android 12 to bring security and privacy improvements. Privacy Dashboard is one of these additions, allowing users to control app permissions. This dashboard will also contain information on every app that has accessed the microphone or camera over a 24-hour period.