Xiaomi appears to be preparing a successor to its Mi TV Stick. A new Android TV-based Xiaomi streaming stick with model number MDZ-27-AA recently passed through the FCC revealing a few key details. The overall design hasn’t changed much but the internal components, including the SoC, see some notable upgrades.

Let’s start with the design. The new streaming stick appears a bit longer than last year’s model. It sports the same dual-tone finish but does away with the “Mi” branding and adopts the new Xiaomi logo. In fact, the FCC listing refers to the device as Xiaomi TV Stick instead of Mi TV Stick. And that’ll likely be the official marketing name for the product. If you’ve been following the news recently, you probably know that the Chinese company is in the process of phasing out the “Mi” branding. The same branding revision can be seen on the remote control as well. The images attached to the FCC certification suggest it’s otherwise the same remote from last year. 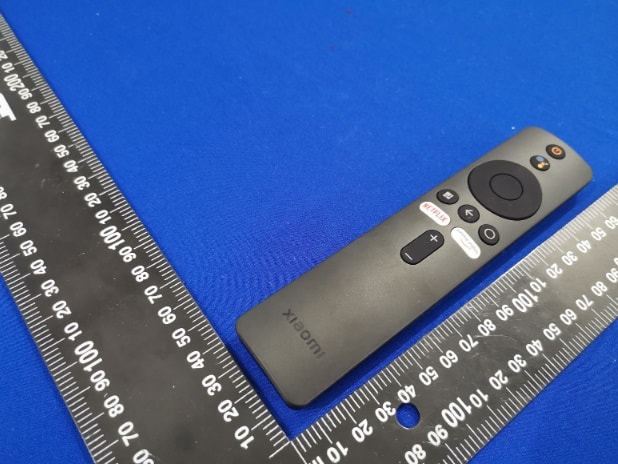 The Xiaomi Mi TV Stick is one of the first Android TV-based streaming sticks. Launched in August last year, the device is about as basic as it gets. The company is seemingly looking to upgrade things a bit with the second-gen model.

We don’t yet have details about RAM and storage. But it should be safe to assume that Xiaomi will stick to last year’s configuration: base variant with 1GB of RAM and a higher-end variant with 2GB of RAM, both with 8GB of storage.

The remote control supports Bluetooth LE (low energy) and runs on two AAA batteries that you need to purchase separately. Xiaomi will bundle an HDMI extender cable, a power adapter, and a USB cable in the box though. It’s unclear whether the new device is still using micro-USB or the newer USB Type-C for power. The images on the FCC listing suggest that the upcoming Xiaomi TV Stick will be running the older Android TV, not the newer Google TV.