Although WhatsApp brought multi-device support in some form months ago, its functionality was somewhat restrictive. A new report tells us that the Facebook-owned app could soon receive a “multi-device 2.0” update. This can potentially allow users to connect a secondary smartphone to access their primary WhatsApp account.

In its current form, multi-device support on WhatsApp can’t pair with multiple phones on a single phone number. WhatsApp allows one phone and four other devices, ranging from computers, tablets, or the Facebook Portal.

While this is technically multi-device support, the inability to pair another smartphone is currently missing. The folks over at WABetaInfo (via) dug within the app’s code to find hints indicating support for a secondary smartphone.

A screenshot shared by the source shows a splash screen for a secondary device. The device appears to be downloading messages in the same way as WhatsApp Web on the PC or tablets. WhatsApp’s multi-device beta is currently available through an opt-in process.

Expectedly, we don’t have confirmation from WhatsApp yet, but this could well be the platform’s most significant update so far. The multi-device 2.0 update could rectify one of the everyday annoyances of WhatsApp. As for an estimated release timeline, it could take anywhere from weeks to months since WhatsApp hasn’t acknowledged the feature’s existence yet.

WhatsApp has seen multiple changes over the past few months. A recent update brought end-to-end encryption (E2EE) for cloud chat backups. While individual and group WhatsApp conversations on the device were always encrypted, it now extends to cloud backups.

The company also has a keen eye on the future, with a recent report discussing a transcription feature for voice messages on the app. This could save users from the embarrassment of playing their sensitive voice messages in public. It was reported that transcriptions would be saved locally on the device, thus alleviating privacy concerns.

Users were understandably furious over this move, forcing WhatsApp to delay it indefinitely. The company recently said it would make this policy change optional, only requiring users to accept it when they message business accounts. The proposal also meant that several users left WhatsApp for rival platforms like Signal and Telegram. 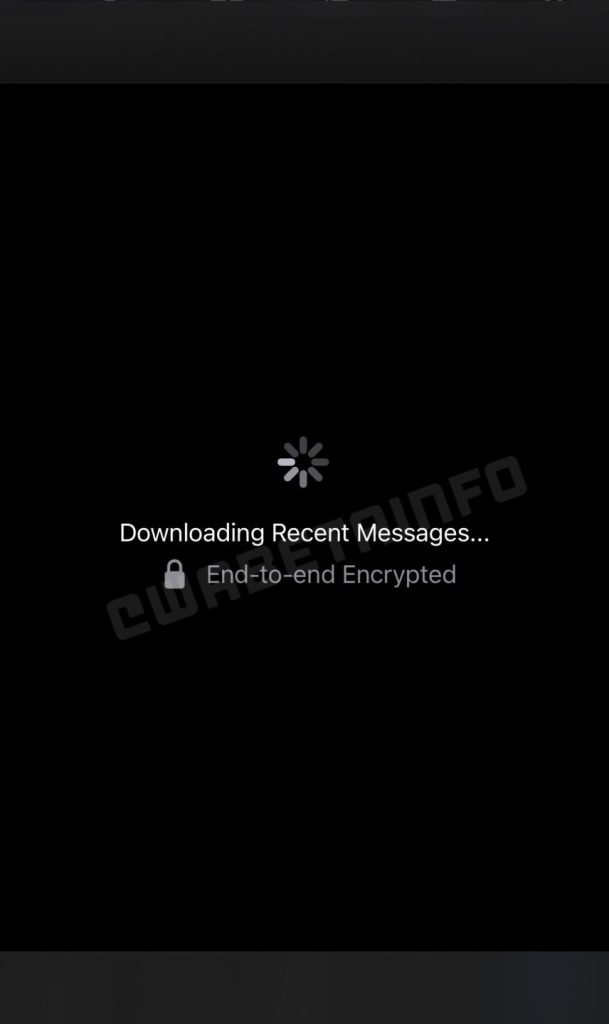