Samsung may be developing a new pair of wireless earbuds that you can actually wear when going for a swim. While its recent premium TWS (truly wireless) offerings such as the Galaxy Buds Pro come with an IPX7 rating, meaning they can survive under 1m deep clean water for up to 30 minutes, they aren’t completely waterproof. Also, waves could cause the buds to pop out of your ears and you may never find them again. As such, the company explicitly recommends against using your TWS earbuds while swimming.

However, the Korean giant may have something that addresses both these problems. The folks over at LetsGoDigital have discovered a Samsung utility patent for a pair of waterproof Galaxy Buds with a detachable neckband.

Titled “wearable device that can be worn on ears of user, and accessory for supporting communication thereof” in the patent documentation, it’s kind of a “hybrid” product that combines TWS earbuds with a flexible, hollow neckband accessory. The two buds attach to each end of the neckband, so you can wear them worry-free while swimming. The neckband will keep hold of the buds even if they pop out of your ears. Of course, a waterproof build is a must for using the earbuds underwater. 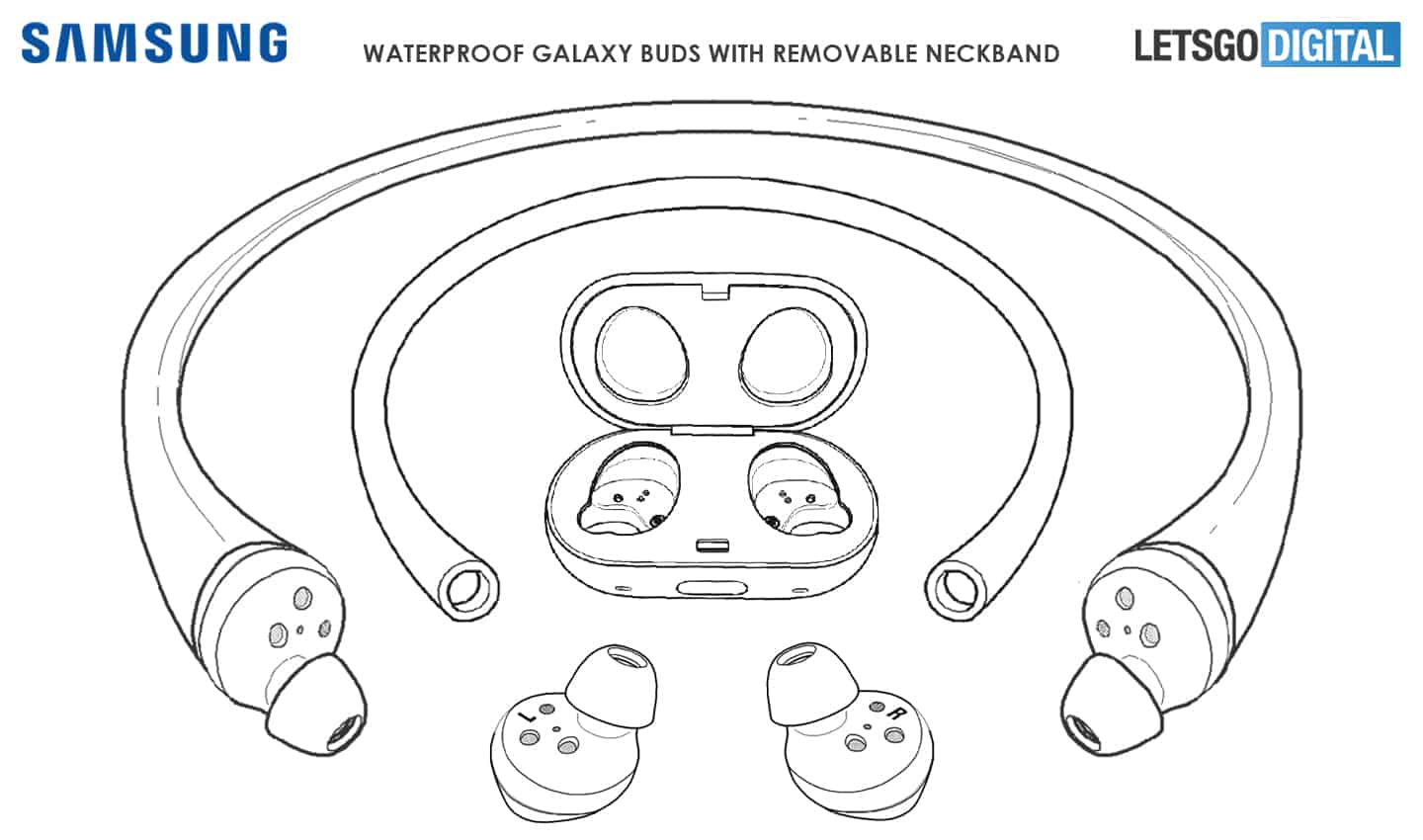 You can also use the buds standalone. They come complete with a charging case, multiple built-in microphones, a two-way speaker, and other sensors you find in a regular pair of TWS earbuds. Samsung may also offer additional features with the hollow neckband. Perhaps some touch sensors to control music or calls on the buds or trackers for measuring your speed or calorie consumption while swimming.

Samsung may be developing waterproof Galaxy Buds with a detachable neckband

Samsung had originally filed for this patent back in March 2020. WIPO (World Intellectual Property Organization) published the patent, documentation for which can be found here, last week. The TWS earbuds and the smartphone shown in this patent greatly resemble the Galaxy Buds+ and the Galaxy S10+ respectively. So it’s not a recent idea from the company. But it’s the idea that actually matters here. The company can, of course, customize the neckband to work with earbuds of other shapes as well.

That said, a utility patent is no confirmation that such a product is in the works. Samsung may be mulling with this idea because it addresses the two most important concerns with using TWS earbuds while swimming. We will keep you updated with any developments around this product, or anything of this sort from the Korean company.