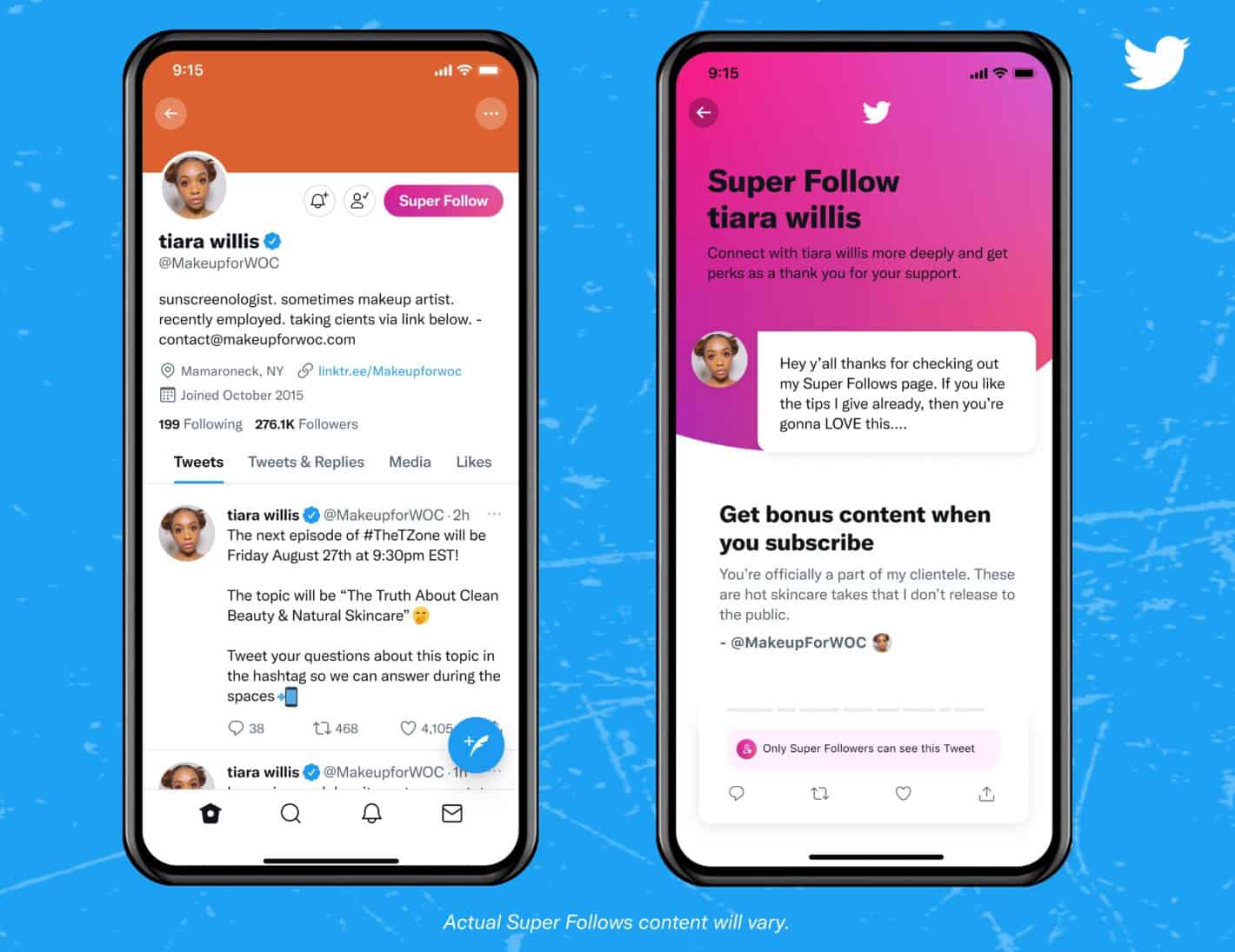 Twitter has finally launched Super Follows, a feature it announced back in February. It’s a subscription service that lets creators charge their “Super Followers” for exclusive, subscriber-only content or tweets. The feature is now rolling out to users in the US, with a global availability following soon.

Super Follows on Twitter are $2.99, $4.99, or $9.99 a month subscriptions. Twitter users can see the pricing and paid offerings of an account by tapping the Super Follow button on the profile. If they’re interested, they can tap again to subscribe to that account. They will then start seeing subscriber-only content in their Timeline. Users who have subscribed to a creator, i.e. Super Followed an account, will be highlighted by a Super Followers badge. The badges will be public.

While Super Follows is currently limited to subscriber-only tweets, Twitter plans to introduce paid Spaces and newsletters as well. It will also add different subscription tiers for the same account, the ability to subscribe anonymously, and more.

Super Follows is currently available to a small group of US creators who applied for it when the company opened applications in June. But eligible users can continue to apply to join the waitlist. To be eligible for the Super Follows program on Twitter, you need to have at least 10,000 followers, have tweeted at least 25 times within the last 30 days, be at least 18 years old, and be in the US.

If you meet these criteria, you can apply for Super Follows from the Monetization menu in the sidebar on your Home timeline. Now select the Super Follows option and scroll down to apply. Note that Super Follows on Twitter is currently available on iOS only. Both creators, as well as followers, need to have an iOS device. The company says it will soon bring the feature to the Android app and the web version of the platform. The company also promises to expand the program globally in the next few weeks. 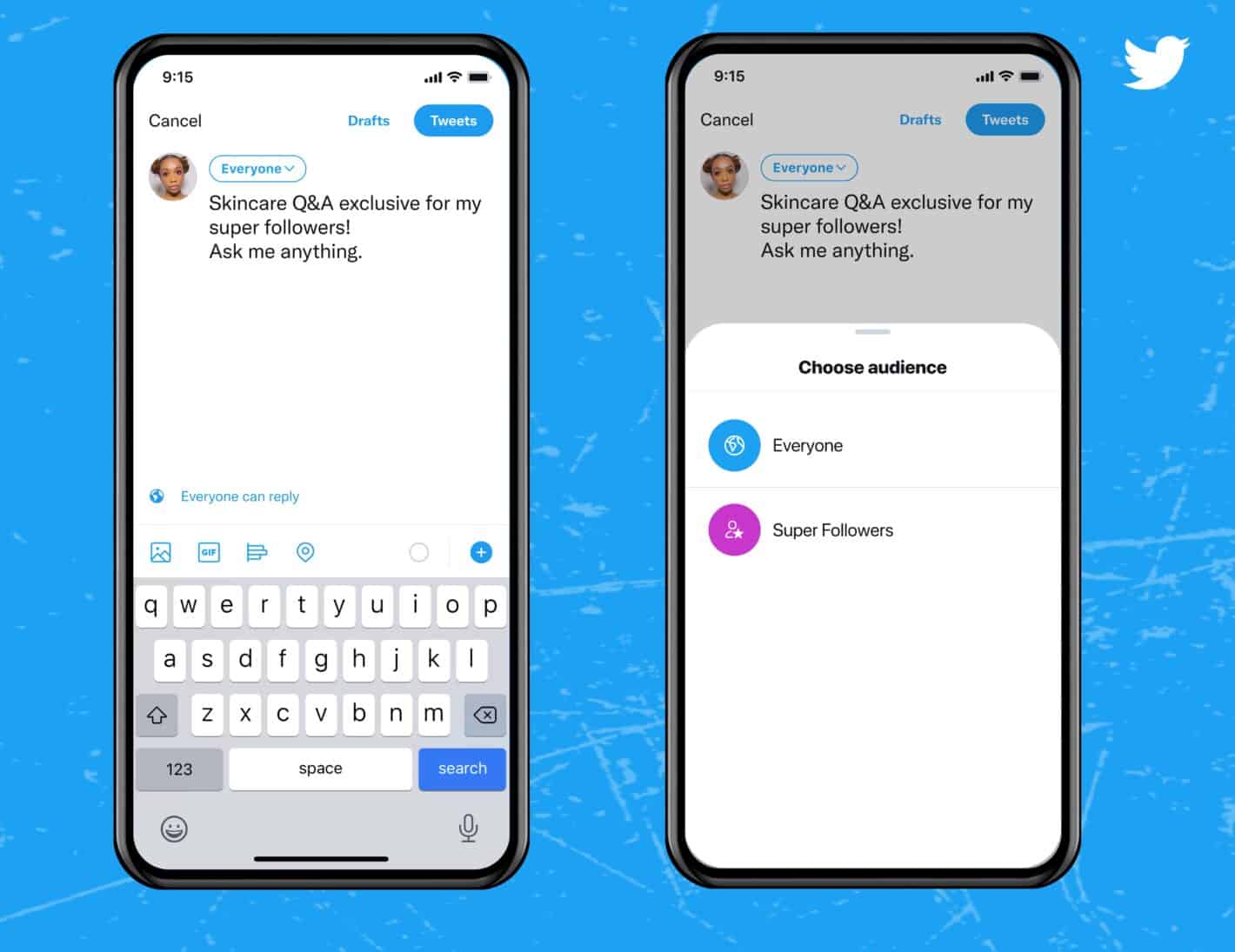 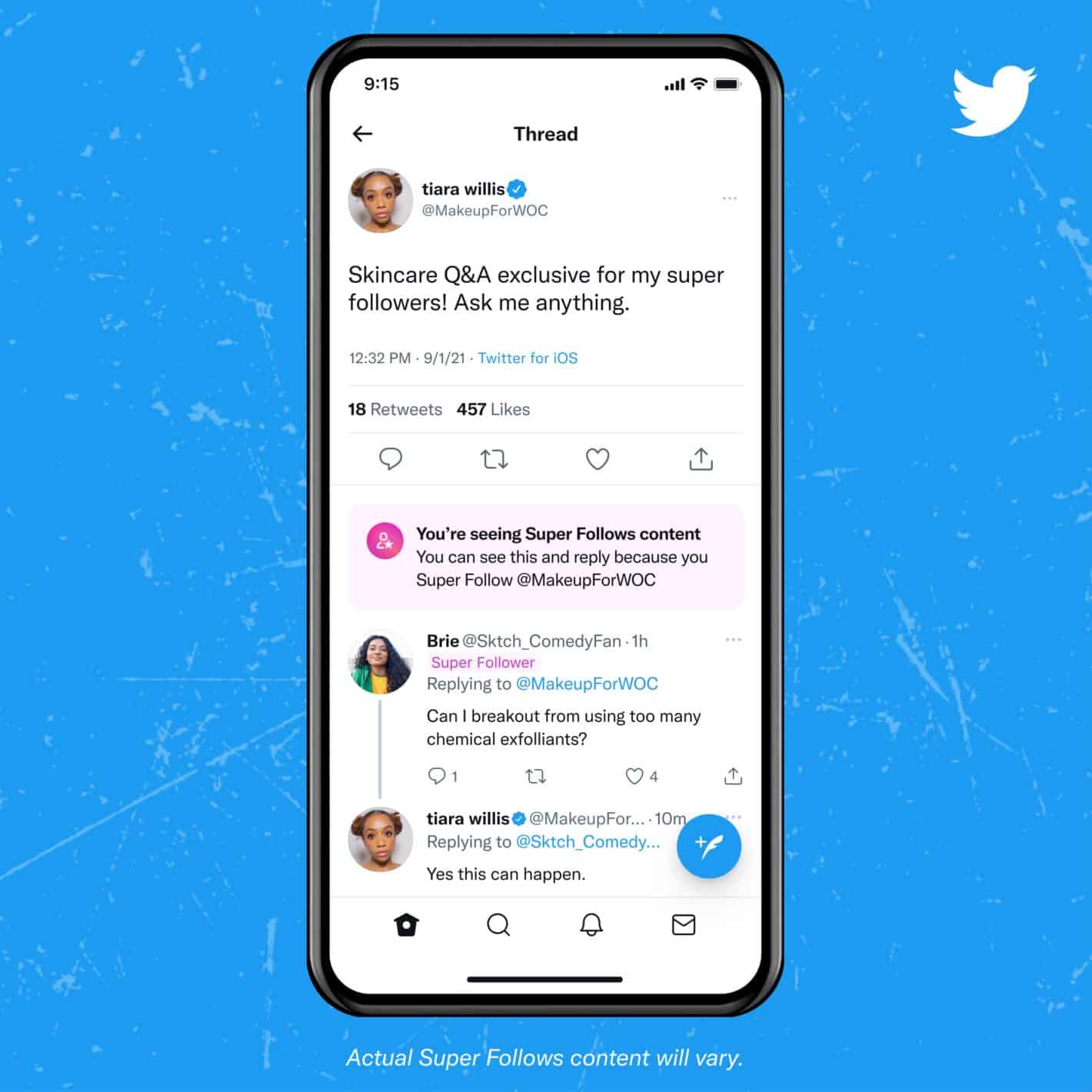 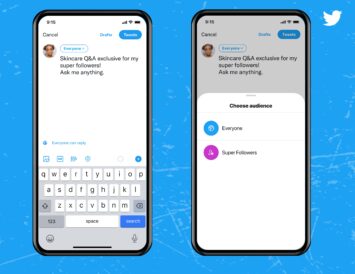 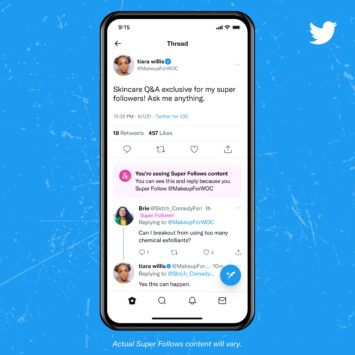 In addition to Super Follows, Twitter Wednesday also announced a new safety feature called Safety Mode. When turned ON, this feature automatically blocks accounts that may harmful or uninvited for seven days. If an unknown person is using insulting or hateful remarks or sending repetitive and uninvited replies or mentions, then this feature could be of great help. It takes into account the relationship between the tweet author and replied to ensure that accounts you follow or frequently interact with are not autoblocked.

You can see accounts blocked by Safety Mode, as well as tweets that triggered the block, any time. This will allow you to unblock accounts that may have been mistakenly blocked. Twitter will also automatically notify you with all this information before the temporary block expires, so you can decide whether to permanently block the account.

“We want you to enjoy healthy conversations, so this test is one way we’re limiting overwhelming and unwelcome interactions that can interrupt those conversations,” Twitter said in a blog post. “Our goal is to better protect the individual on the receiving end of Tweets by reducing the prevalence and visibility of harmful remarks.”

Twitter is currently testing Safety Mode among a small group of users. It will be available on iOS, Android, and the web version of Twitter in the coming months. The company says accounts that have English-language settings enabled will get it first. It may also expand to other languages down the line. 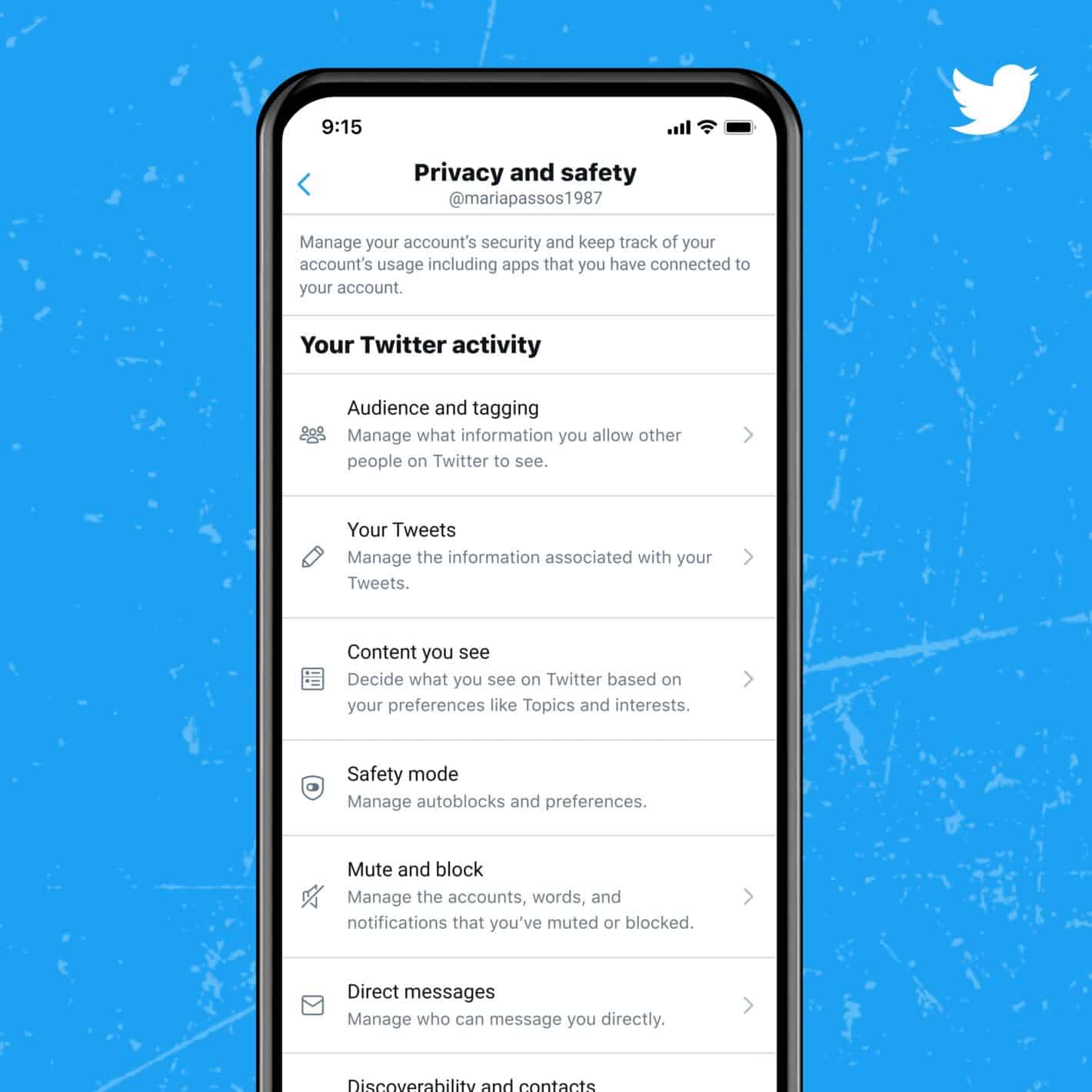 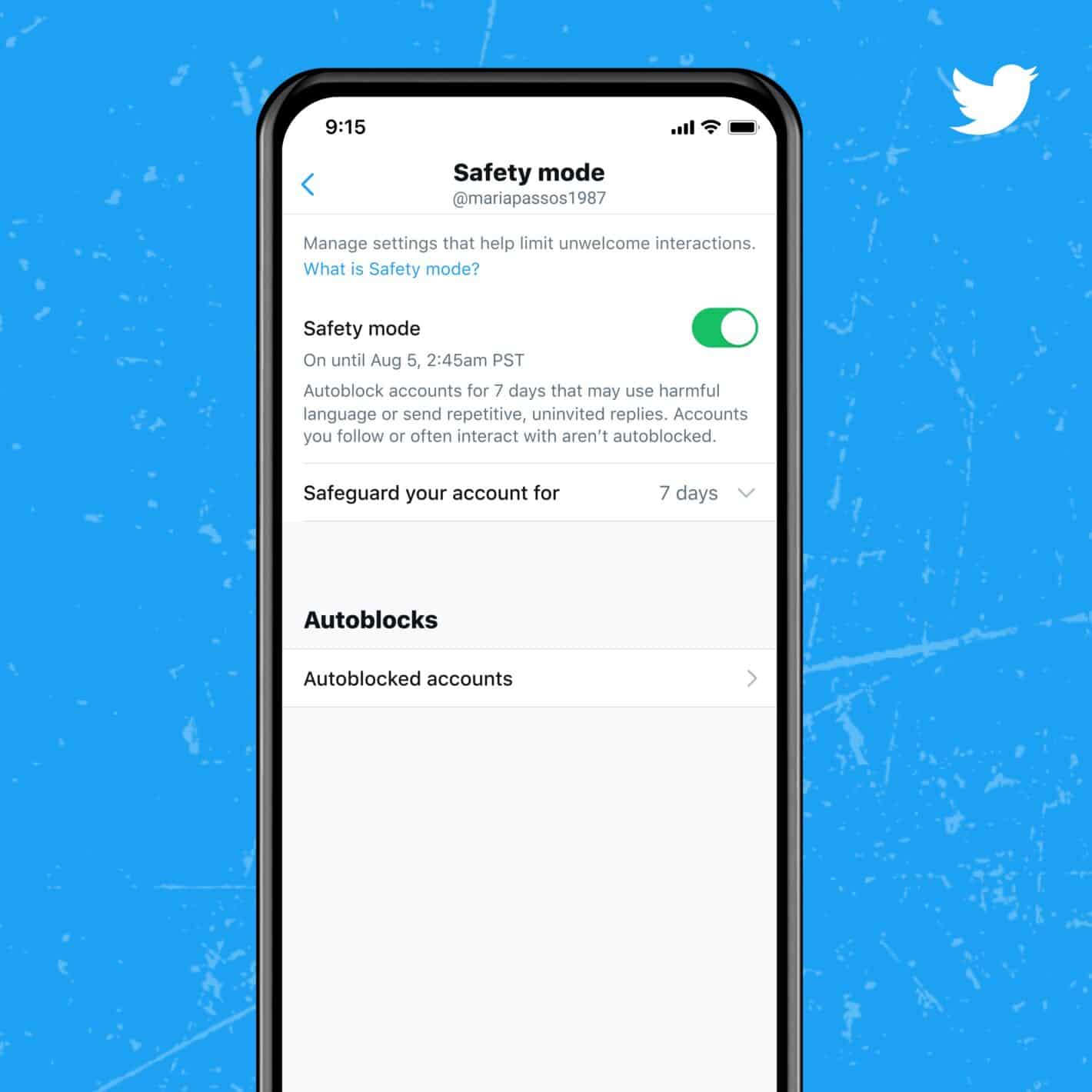 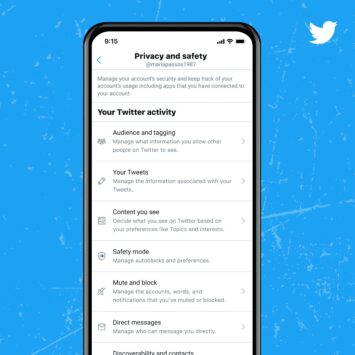 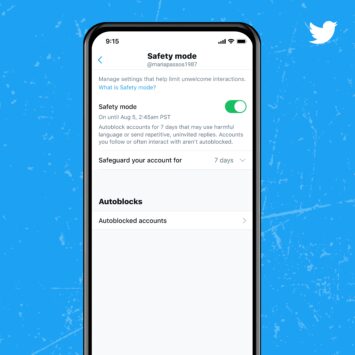