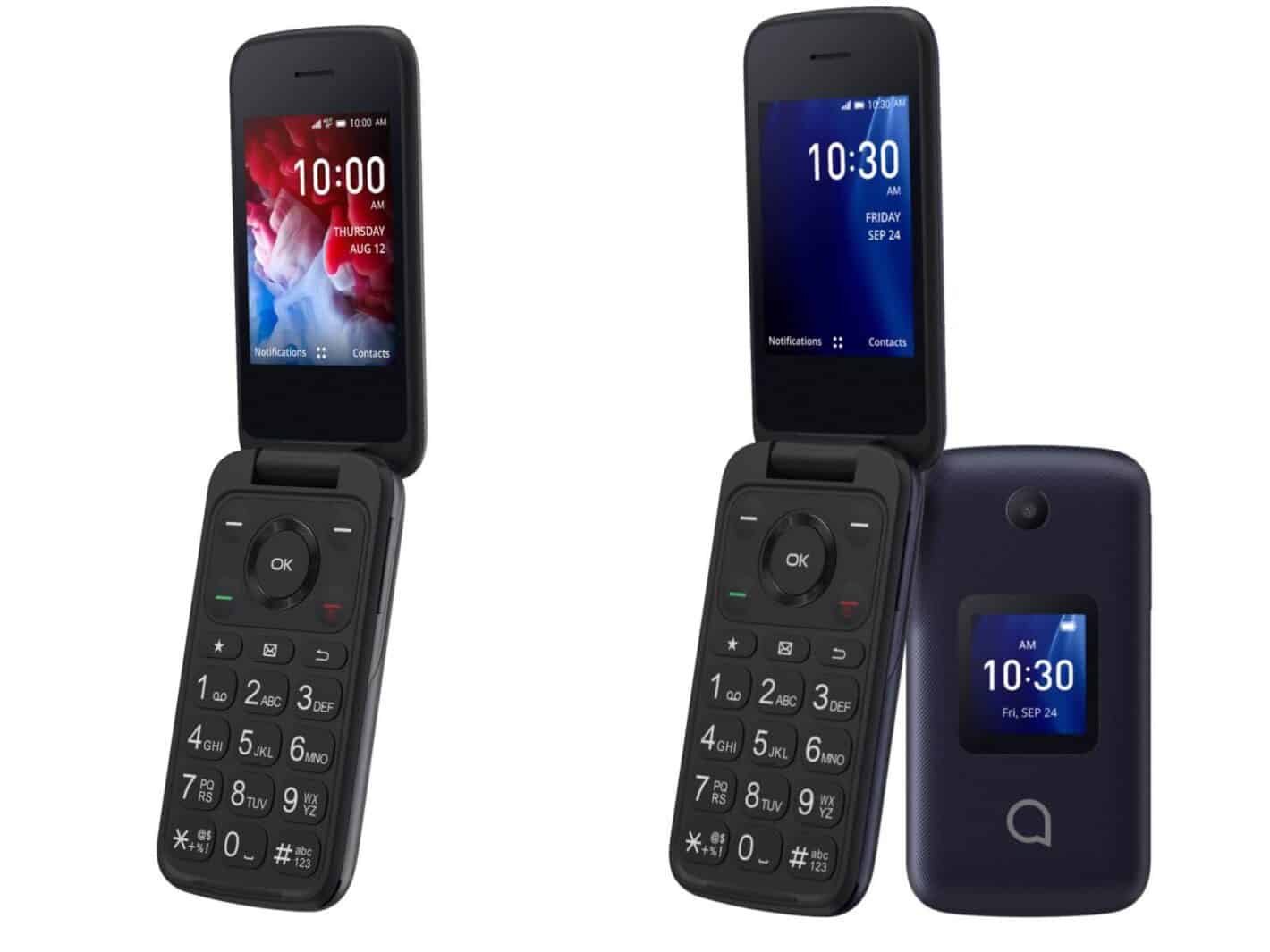 Mobile users in need of more basic devices have new flip phone options available from TCL and Alcatel. And we’re not talking about foldable phones of the Android variety. Instead, these are old-school but still modernized feature phones. Specifically, for use with 4G via carriers Verizon, T-Mobile, and prepaid subsidiaries.

What kind of phone is the TCL FLIP Pro, Alcatel GO FLIP 4

It may or may not come as a shock that both of these phones are effectively identical. TCL has been manufacturing devices for Alcatel for quite some time. And this time around it’s bringing its own to the table to match.

So they pack the same basic shape, a textured design with a 1.44-inch, 128 x 128 resolution screen on the outside. Inside, things get a bit clearer with a 2.8-inch, 320 x 240 resolution panel. Although that’s not altogether surprising since the handsets only measure 4.22-inches by 2.19-inches. That’s at a thickness of 0.78-inches and a weight of just under 133g.

And, of course, neither of these two devices runs Android, either. Instead, TCL and Alcatel opted to utilize KaiOS. That’s a relatively new operating system centered on non-touch interfaces, with an Android-like app experience. Including support for Chrome and other Google apps. Given that Google invested as much as $22 million in the project back in 2018, it should offer a great — if trimmed back — experience. At least for those who only really need the basics.

That means that the specs under the hood don’t look the snappiest either. At least not on paper. The companies chose to go with a quad-core Qualcomm Snapdragon 215 SoC, for starters. And it paired that with 512MB of RAM and just 4GB of storage, expandable via microSD card up to 32GB.

Now, there are a few differences between these phones as well. For instance, the spec sheet on the two devices shows that the Alcatel GO FLIP 4 comes with acrylic glass on the internal and external screens. The glass type, conversely, for the TCL FLIP Pro isn’t specified.

There’s also the fact that the Alcatel GO FLIP 4 operates on different mobile bands than its TCL-branded flip phone counterpart. And that comes down to the fact that these phones support different carriers entirely. Alcatel will support T-Mobile and Metro by T-Mobile with its flip phone while TCL is supporting Verizon prepaid, postpaid — in the coming weeks — and US Cellular.

Beyond that, although no reason for the discrepancy is given, the Alcatel GO FLIP 4 will last longer than the TCL flip phone. The company indicates that it can go more than 18 days in between charges on standby. With up to 37 hours of use time and up to 12.7 hours of talk time. By comparison, the TCL FLIP Pro can last for up to 14 days on standby with 14 hours of talk time. Time under usage is listed as up to 24 hours.

Similarly, while both phones support 4G LTE and VoLTE, the Alcatel GO FLIP 4 only supports up to 8 gadgets on its mobile hotspot. The TCL FLIP Pro, on the other hand, supports up to 10.

Last but not least, the TCL FLIP Pro comes in a Slate Gray coloration, while the Alcatel flip phone ships in Midnight Blue.

Pricing and availability for the two new flip phones will vary as well. As noted above, TCL FLIP Pro has landed at Verizon Prepaid first, as well as US Cellular. It will arrive for postpaid customers on Verizon in the “coming weeks.”

Conversely, T-Mobile will be selling the Alcatel GO FLIP 4 at $4 per month over a 24-month contract. Metro will sell the phone for $99.99. But will also offer a discount, putting the price at $49.99 with an eligible update. Buyers can also get the phone for free with a new line addition or by switching to Metro. 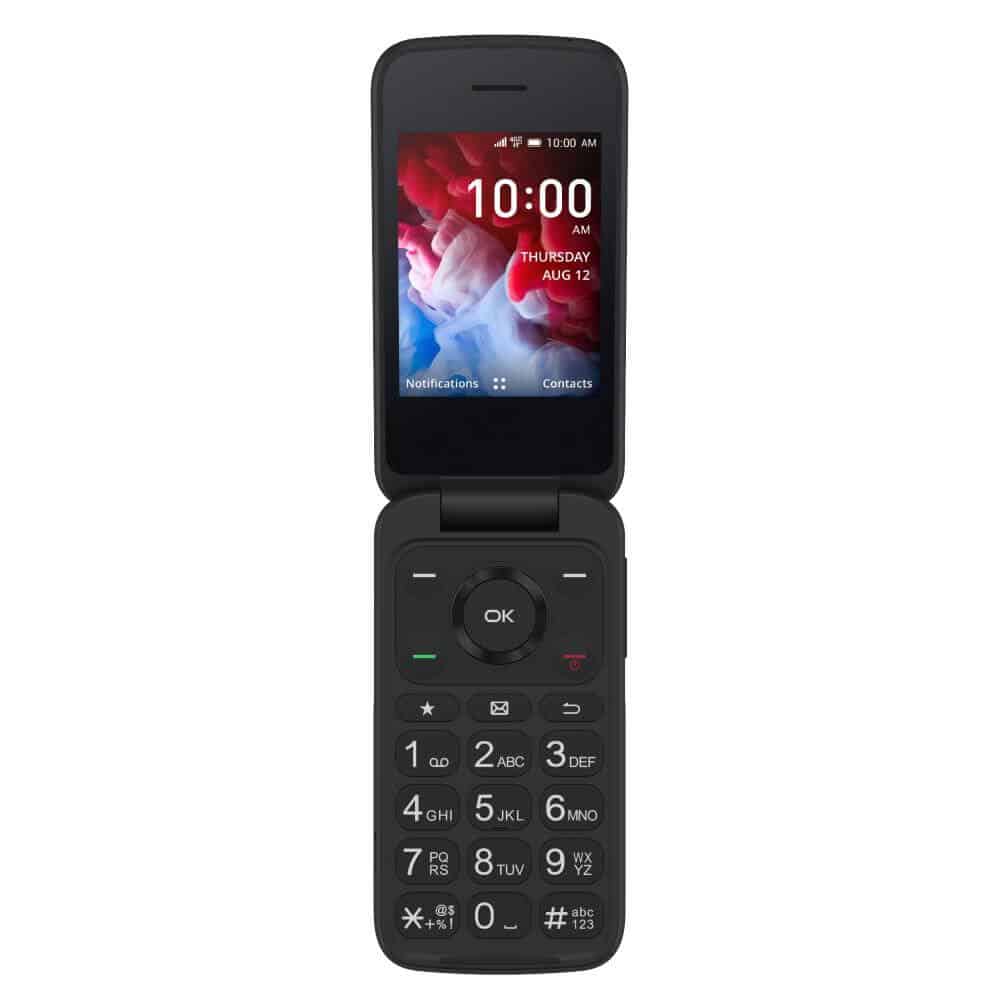 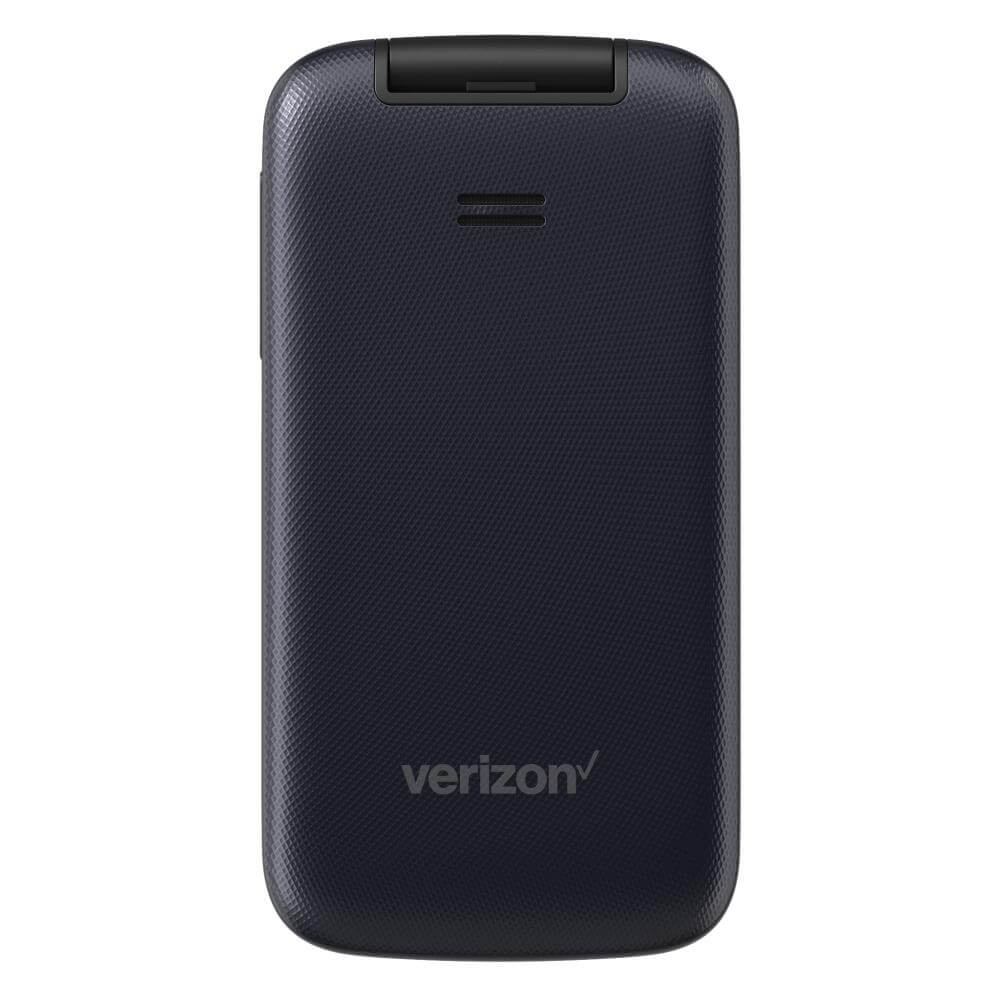 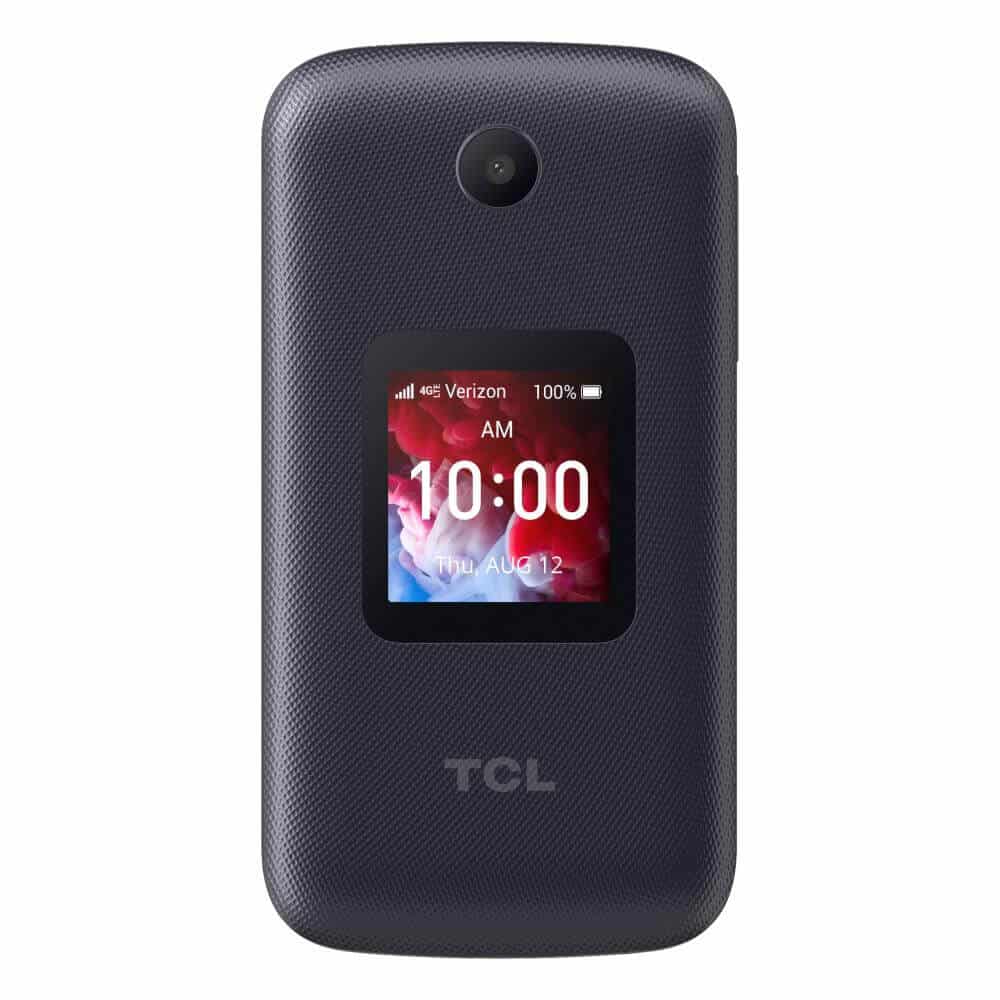 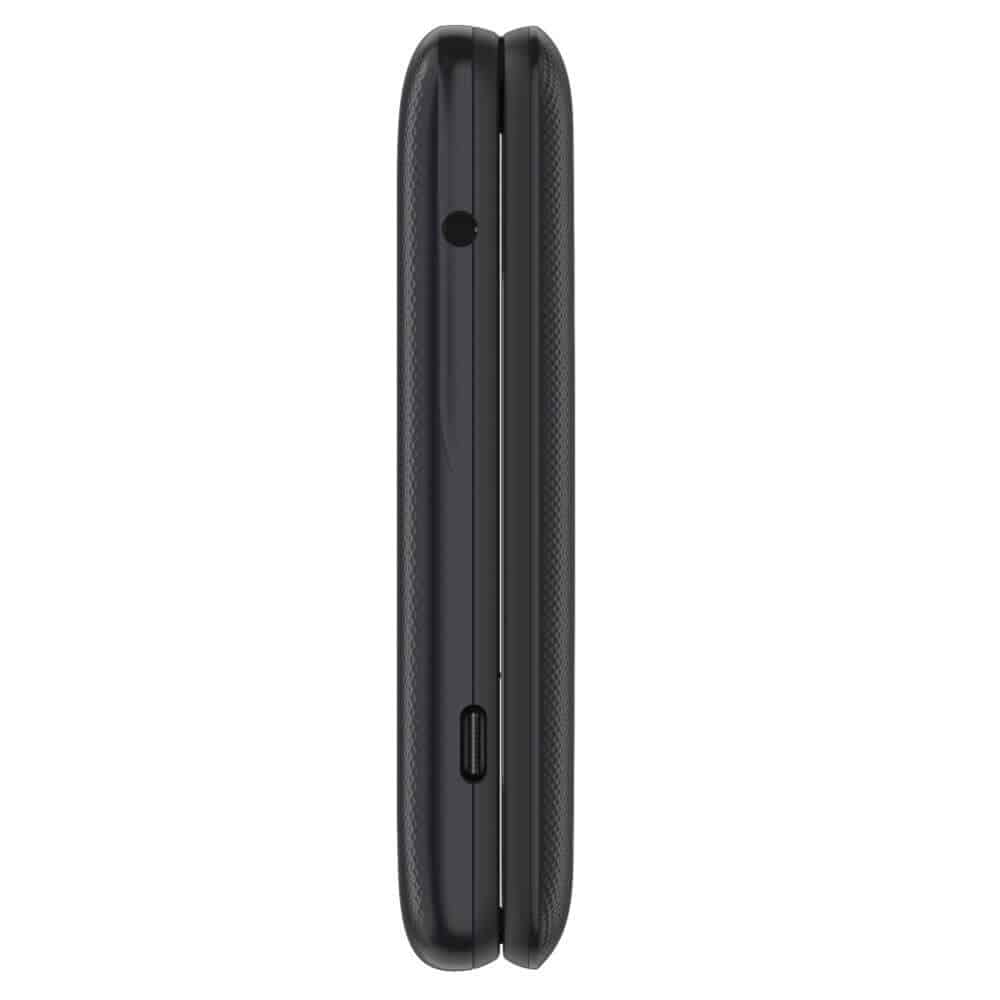 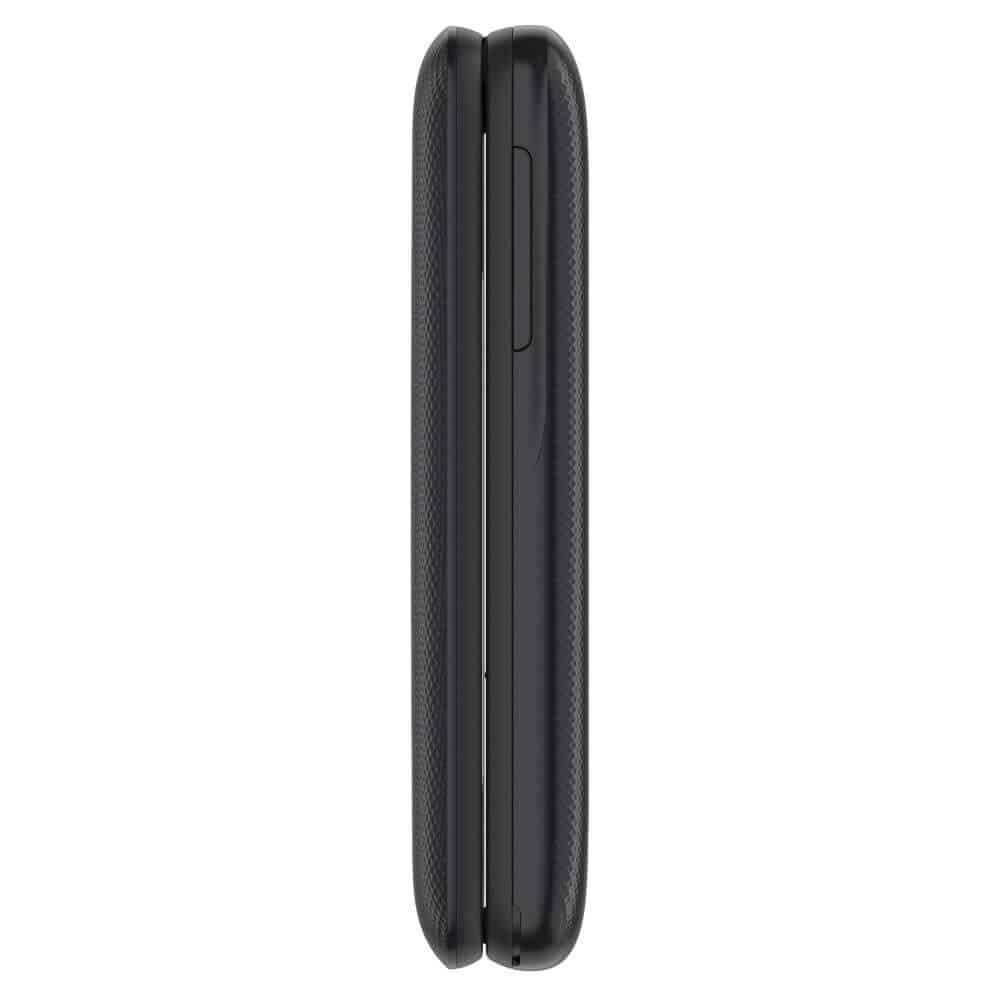 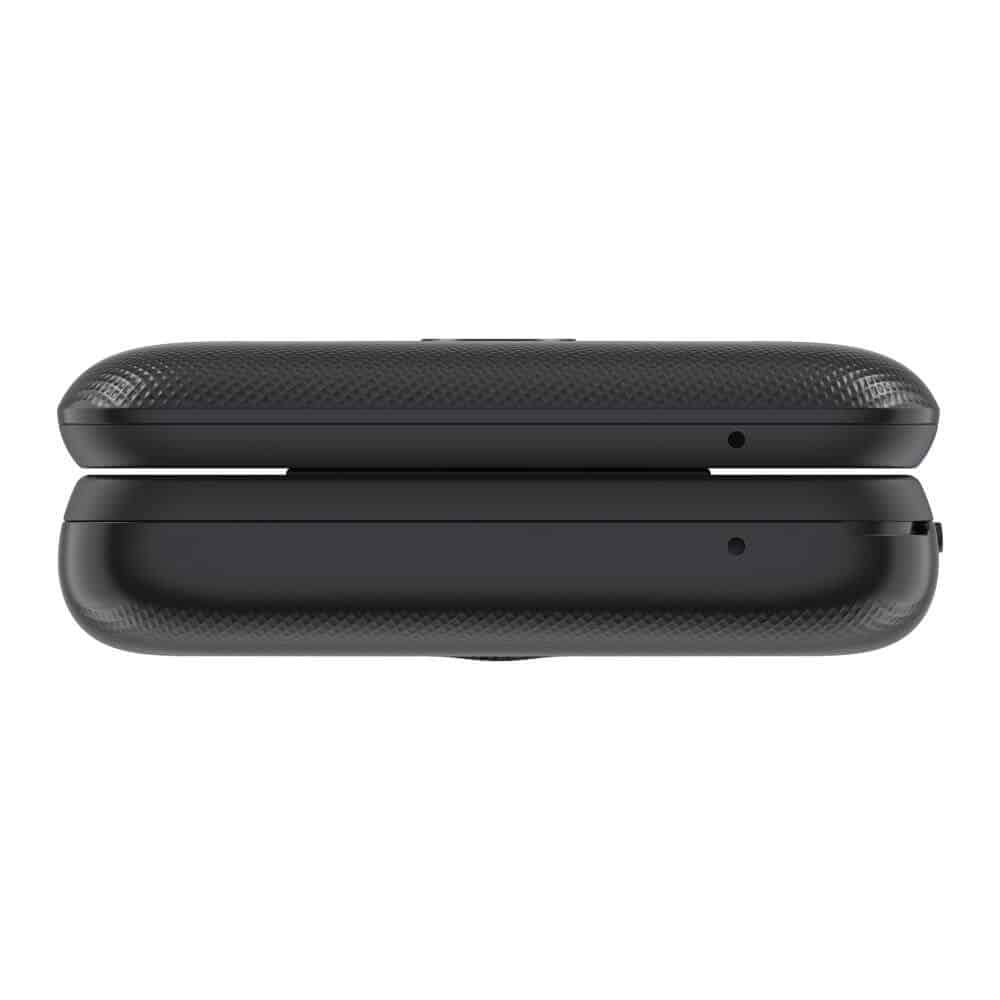 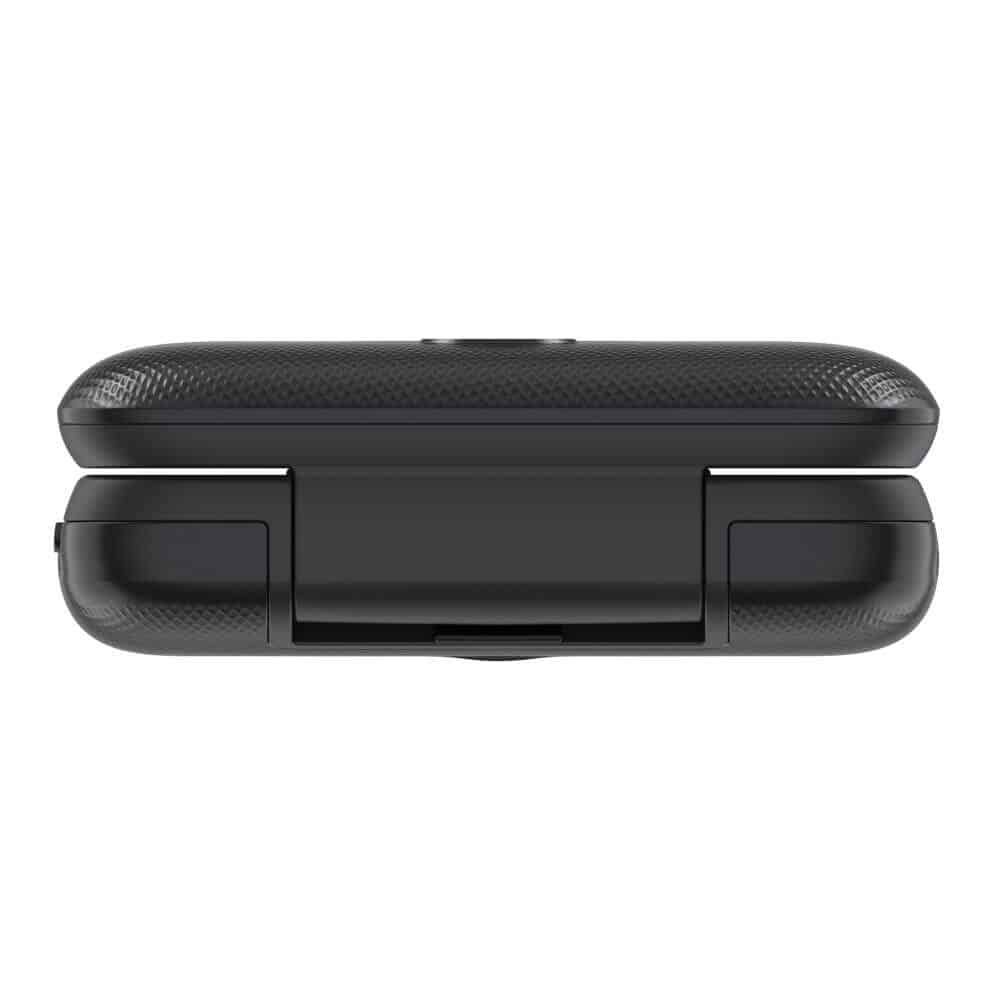 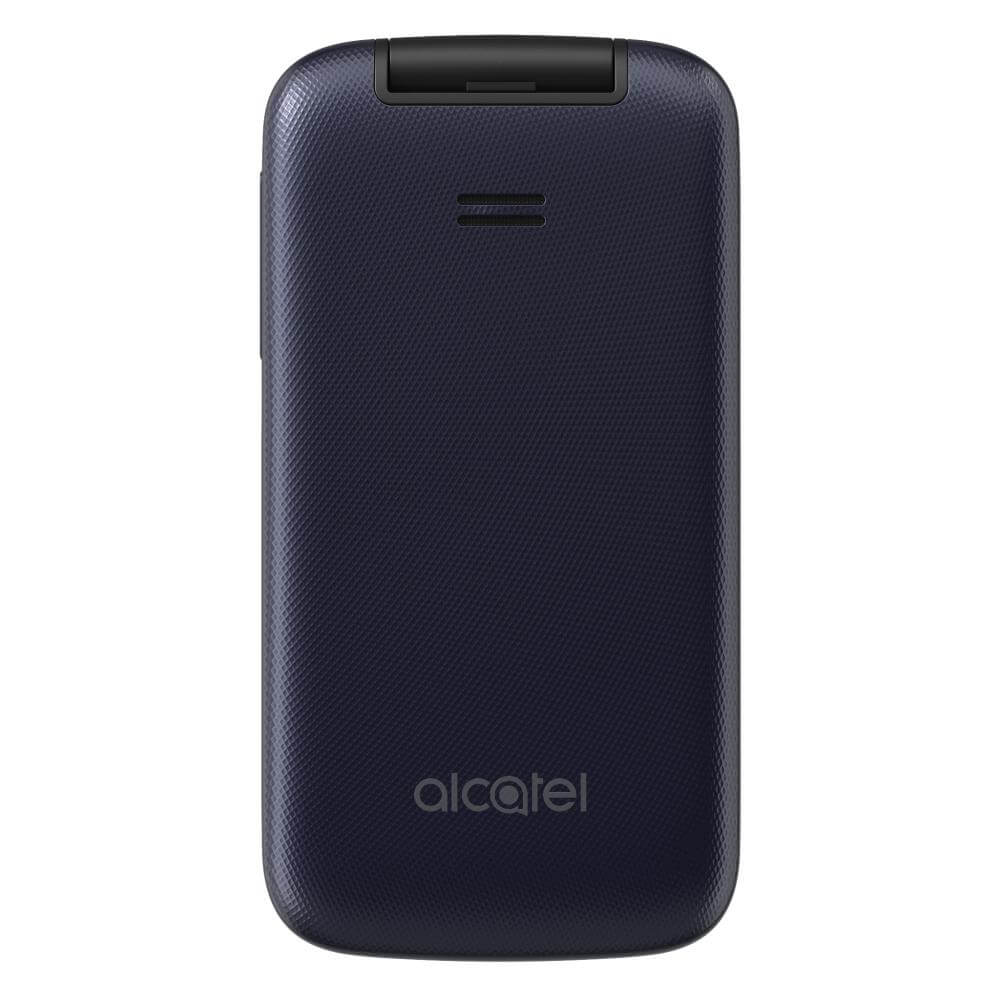 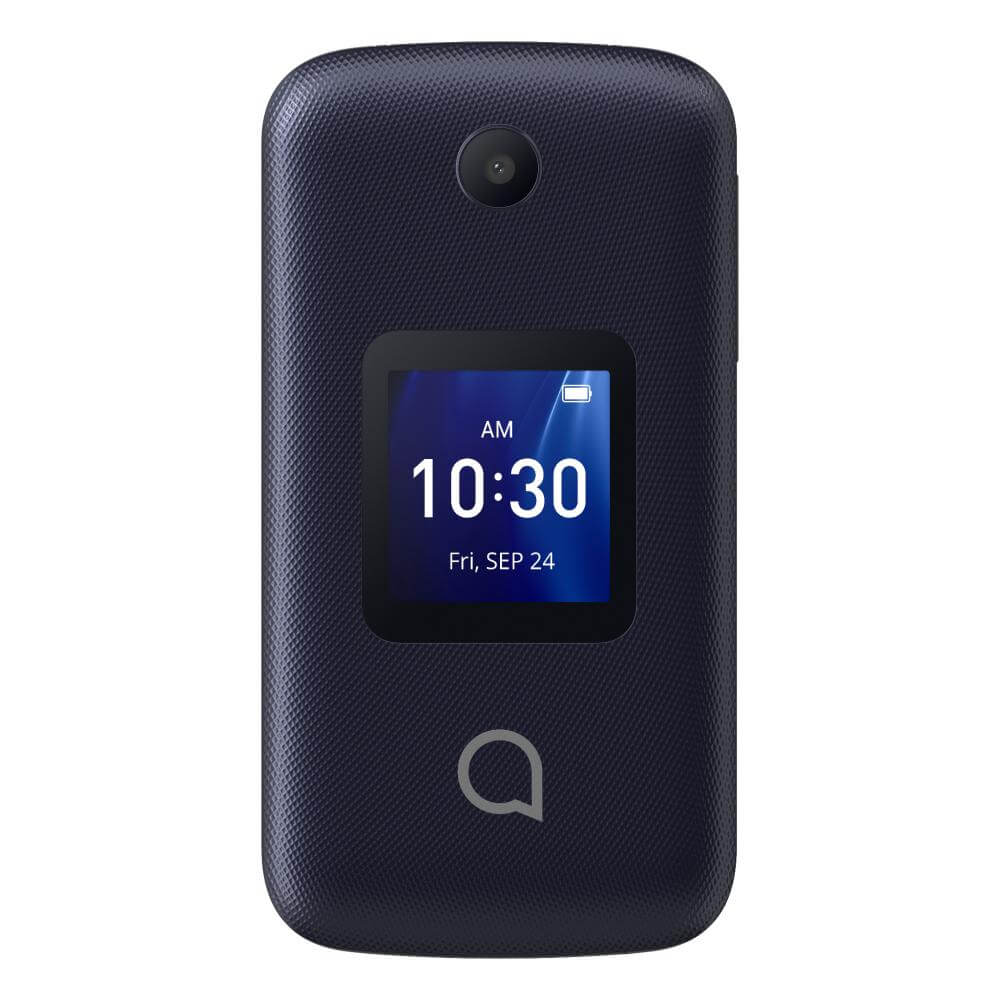 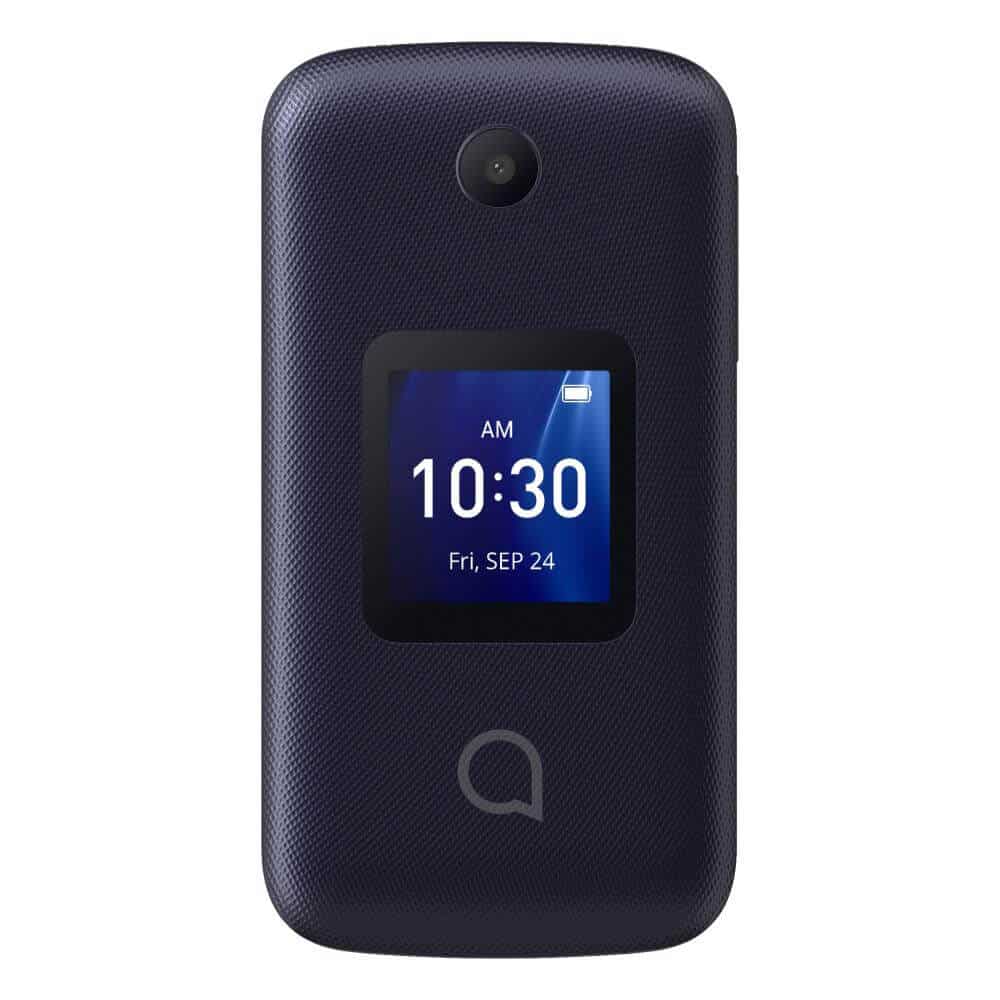 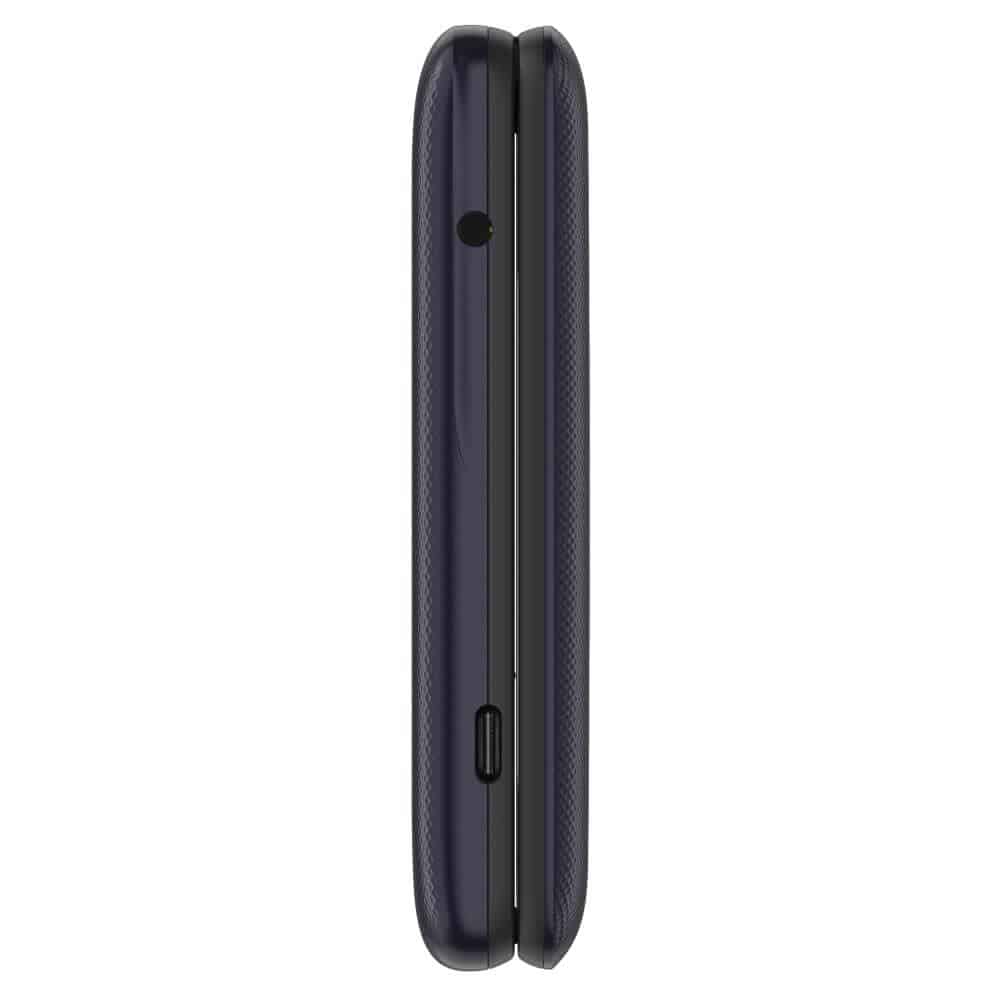 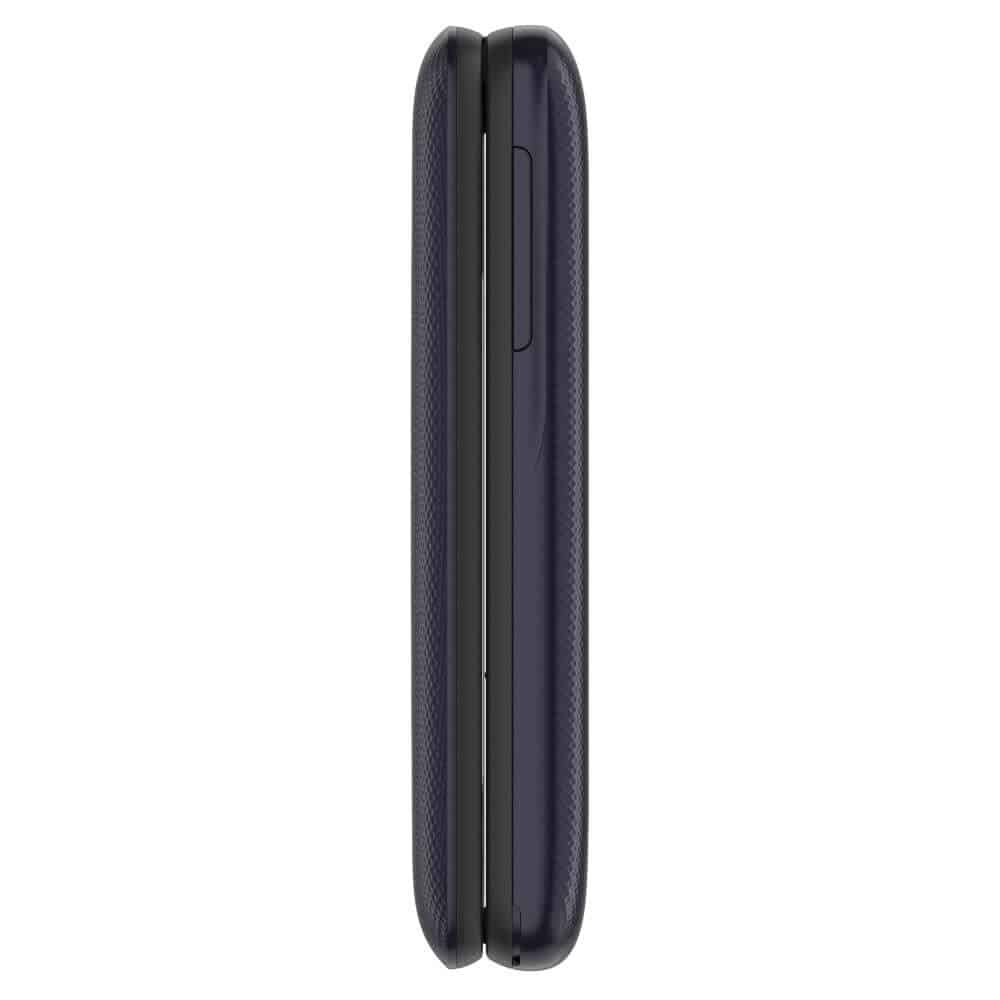 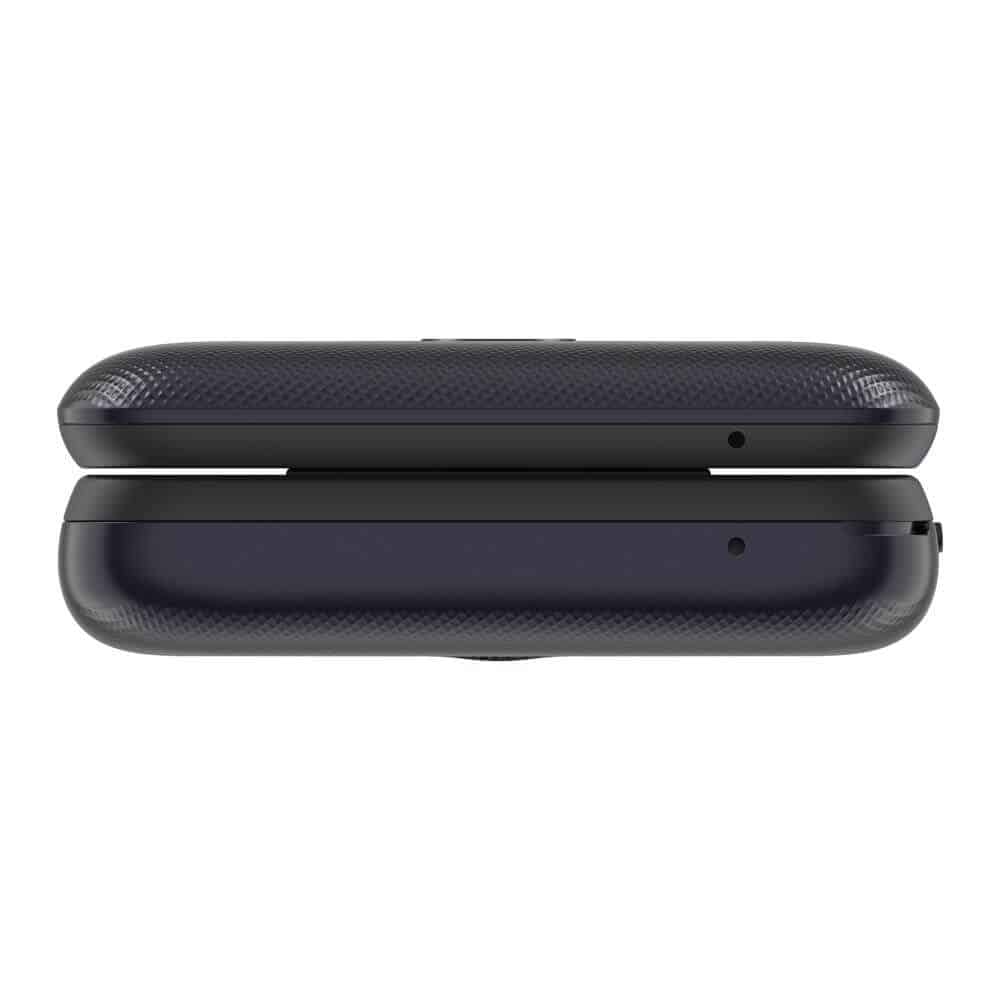 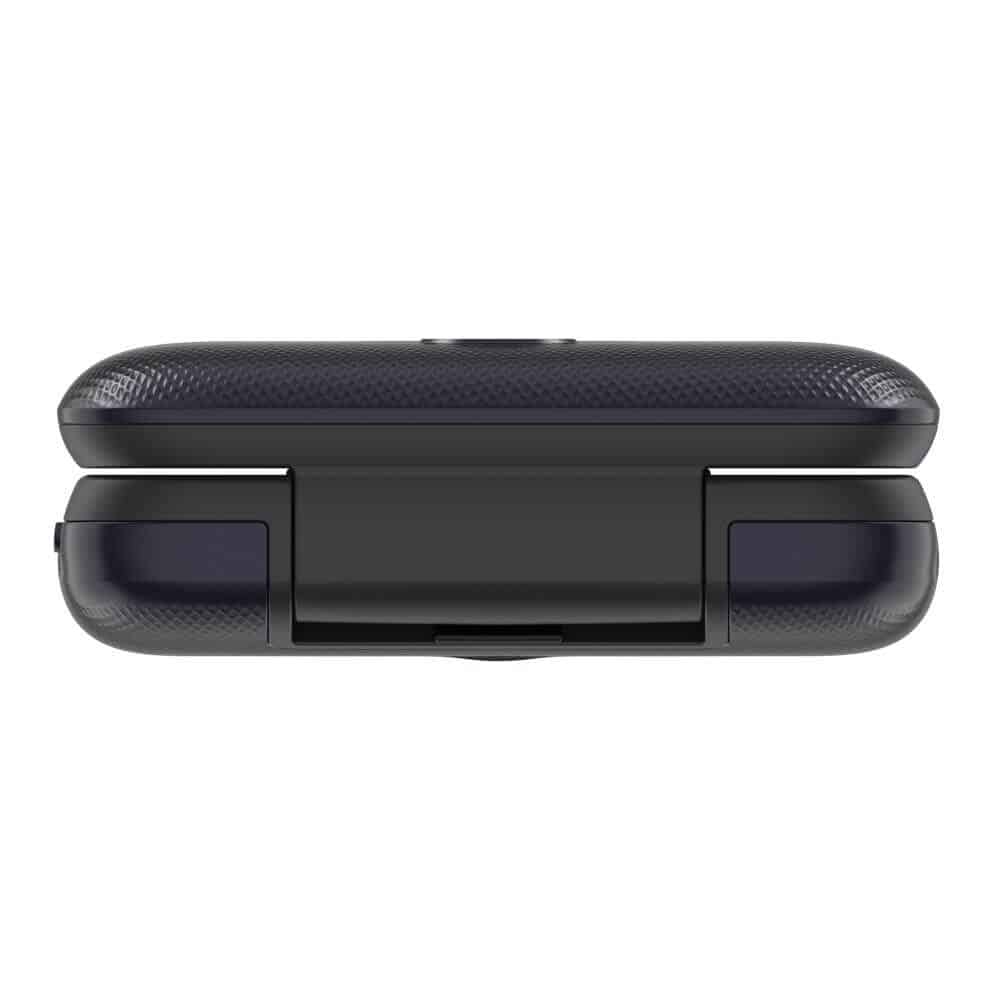 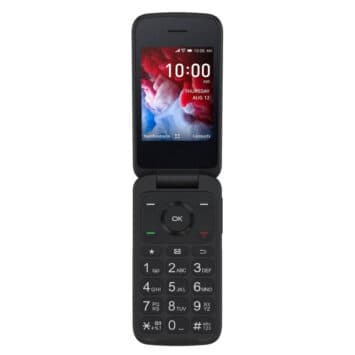 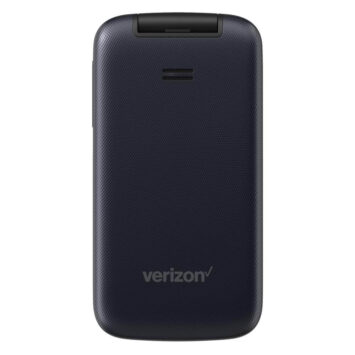 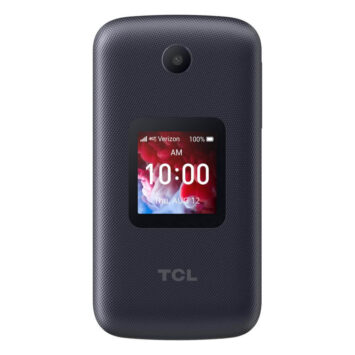 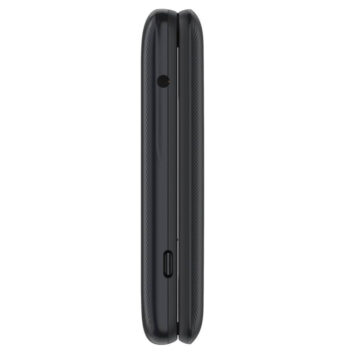 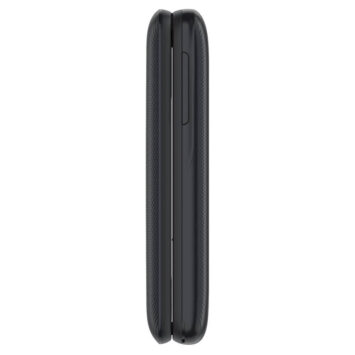 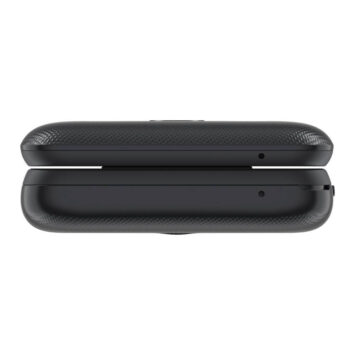 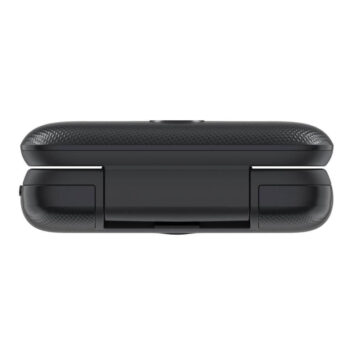 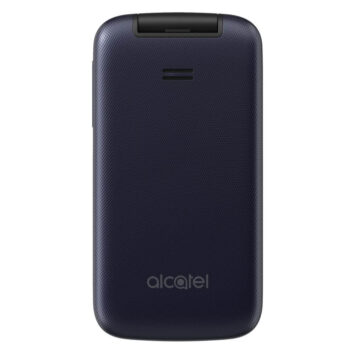 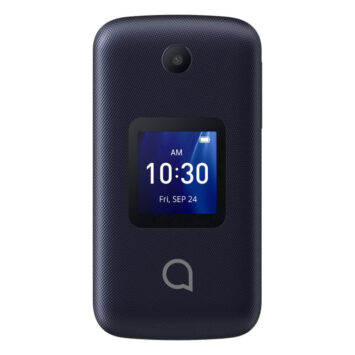 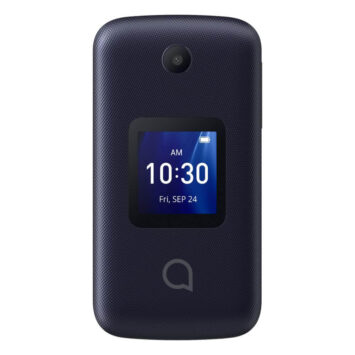 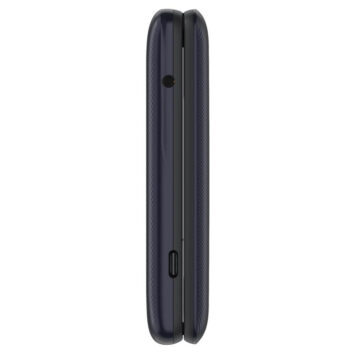 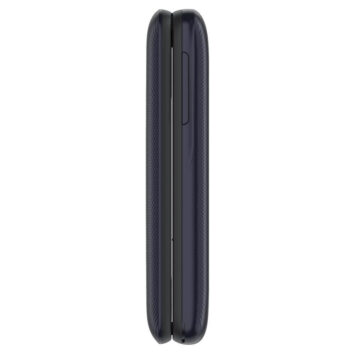 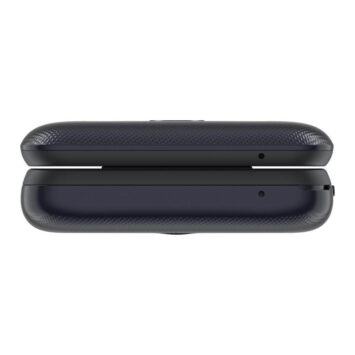 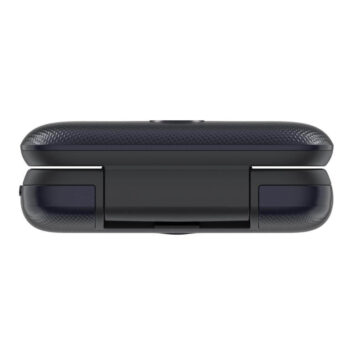