Skip to content
Advertisement
Trusted By Millions
Independent, Expert Android News You Can Trust, Since 2010
Publishing More Android Than Anyone Else
3
Today
3
This Week
268
This Month
5462
This Year
115467
All Time
Advertisement According to new information from Mishaal Rahman, a stable Android 12 build could launch in early October. To be more precise, that software could arrive on October 4 to Pixel phones.

Google recently announced the very last Android 12 Beta build we’ll get, Android 12 Beta 5. The next update the company launches will be a stable build. Many of us expected it to arrive in September, but we may have to wait until early October.

Mishaal Rahman got this information from an internal Google document. Google must approve every software release that OEMs claim have passed the required compatibility test to ship with Google Mobile Services (GMS). 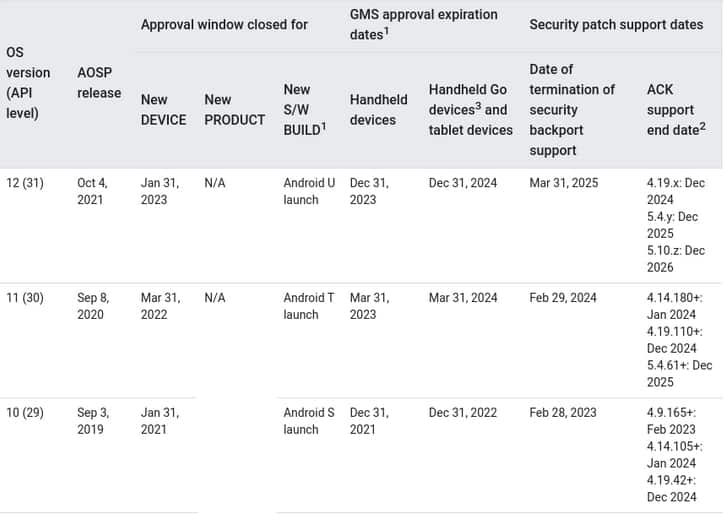 Google also stops approving builds based on older Android OS versions. The document Mr. Rahmaan shared shows when that happens, and it also lists when Google releases the source code for a particular release.

Now, based on that document, Google will publish the source code for Android 12 on October 4. The source code will be published on the Android Open Source Project (AOSP) Gerrit. That will almost certainly come at the same time as the release of the Android 12 stable update for Pixel phones. That is, at least, what happened in the past.

Google could alter the launch date

Do note that this date could change moving forward, though. Google can always change its mind and move that launch date, whether move it up, or postpone it, we’ll have to wait and see.

Google did not officially announce when will Android 12 stable arrive. The company basically never does that. It simply says a timeframe when it may happen, but never the exact date.

Those two phones are likely coming in October as well. Google did not confirm the exact launch date, but several reports surfaced. The launch could occur on October 19.