AT&T is sending out a free Samsung Galaxy Note 9 to some of its customers. Specifically, AT&T subscribers who are still using a 3G-only phone are getting the 4G capable handset as a free replacement before the company shuts down its 3G networks next year.

You probably know that AT&T, and other American wireless carriers, are phasing out their 3G networks to make room for a wider 5G rollout. The company sent out a rather vague email notifying affected customers of this development back in July 2020. The email essentially said that their device is not compatible with its new network and that they’d lose service if they don’t upgrade the handset. However, it didn’t clearly mention that the deadline for the said 3G shutdown is February 2022, causing chaos among the users. Some people even thought it was fake.

Well, the email, of course, wasn’t fake and AT&T did clarify things with a follow-up email. Some 4G devices that don’t support HD Voice (AT&T’s version of VoLTE) are also affected. Many people have subsequently upgraded their phones. The company has been offering like-for-like replacements on a platform basis to customers who have made a request. Old, incompatible iPhone users are getting the second-gen iPhone SE, while Android users are getting the much cheaper RADIANT Core as a free replacement so they can continue receiving the service.

But it appears those who haven’t made any such request are now getting a replacement phone as well. Several AT&T subscribers have confirmed receiving a Samsung Galaxy Note 9 for free in recent weeks. The company apparently didn’t notify about the shipment to those customers. Thankfully, AT&T had included a note (attached below) with the Note 9, so users know what it was all about. 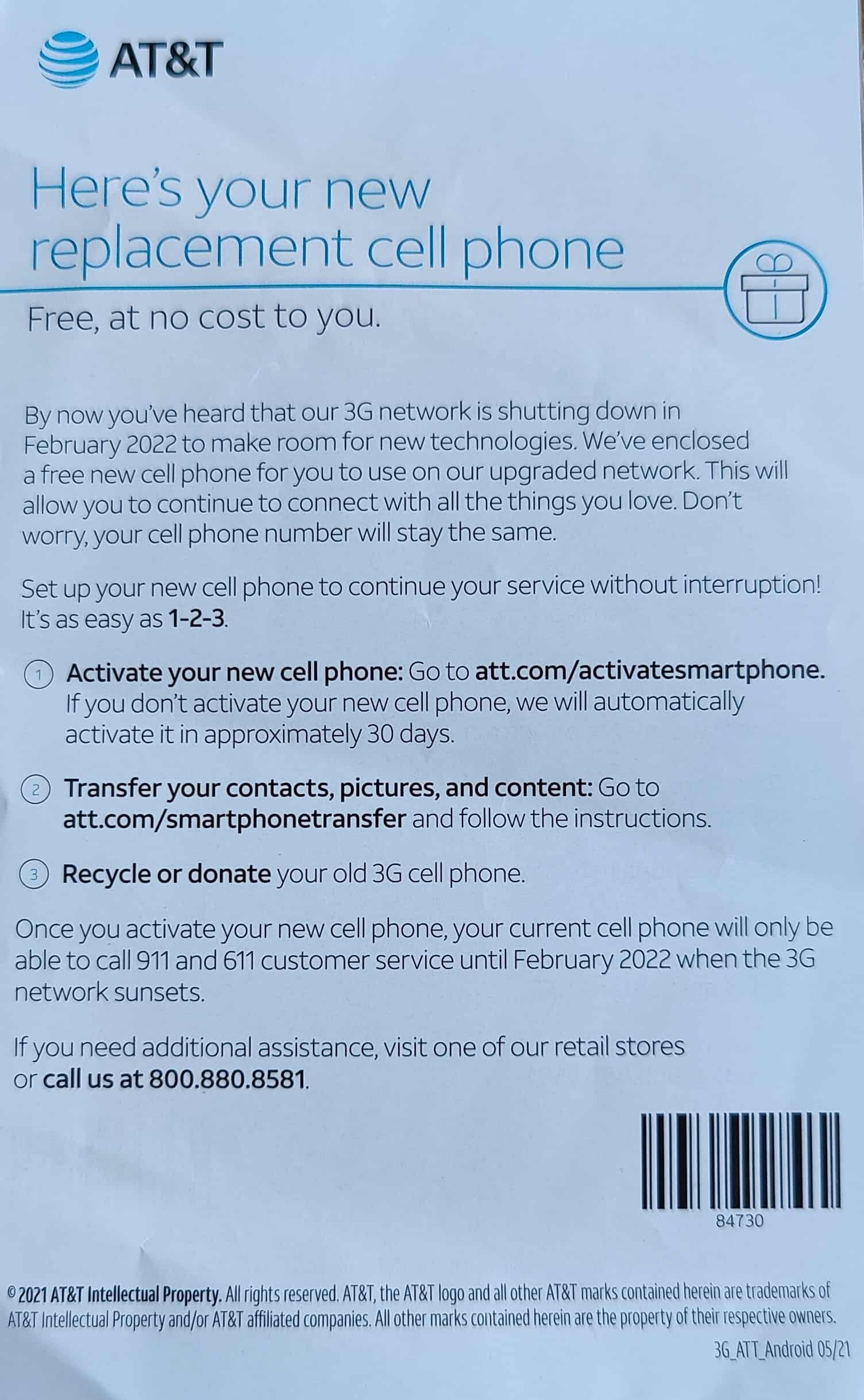 AT&T is also sending out some other handsets

It’s not just the Galaxy Note 9 that AT&T is sending out to its customers for free. Some users have also reported receiving a Galaxy Note 10, Galaxy S9, and even the budget Galaxy A11. A company spokesperson has confirmed to Android Police that this is due to inventory constraints. “We have not changed our plans to replace 3G network-dependent devices. However, inventory constraints mean we sometimes must find substitutes for some devices,” the official statement said.

So if you’re an AT&T customer and using a 3G device, you could be eligible for a free upgrade from the company. Note that the new phone will be automatically activated with your current phone number and service within 30 days. Your old phone will be pretty much unusable after that.

Of course, the phones AT&T is sending aren’t the newest or most advanced you can get today. So if you want to get something else, you can do that. Just make sure that you call the company to pause the automatic activation for the free replacement phone.