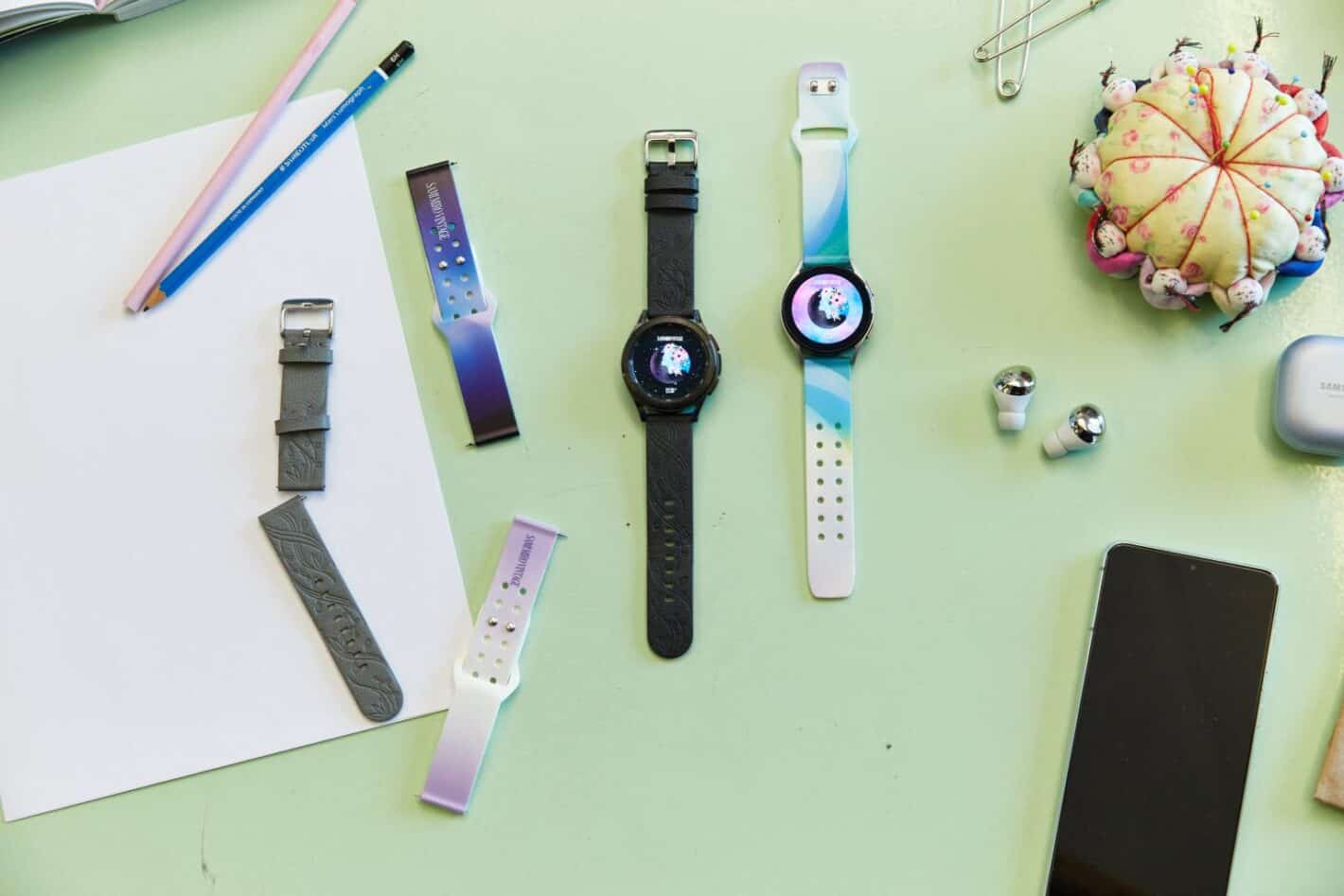 Samsung took the wraps off six new limited edition watch band sets made of apple peel for the recently launched Galaxy Watch 4. Unlike conventional replacement bands, these are made of eco-friendly and recyclable materials such. Inspiration for these watch bands comes from fashion designer Sami Miró, known for her projects with similar materials.

The bands are officially available starting today and will cost $39.99. Of the six designs available, the “Midnight Black” and “Stratus Sky” watch bands are made of recycled apple peel skin obtained from the fruit industry. Three of the watch bands bear the Sami Miró Vintage moniker.

Samsung mentions that these bands possess the “look of leather” despite having nothing to do with animals. The rest of the designs known as “Aurora Night,” “Cloud Navy,” “Dawn Atlas,” and “Earth Sunrise” are made of recyclable thermoplastic polyurethane (TPU) materials, Samsung said. The bands are compatible with the Galaxy Watch 4 and the Galaxy Watch 4 Classic.

Bringing eco-friendly replacement bands for the Galaxy Watch 4 is quite commendable. However, Samsung should probably consider making this a default option with its smartwatches or fitness trackers in the future.

The standard Galaxy Watch 4 is available for $249 while the Classic version sells for $349. Upgrading to the LTE variants will cost you an additional $50 on either variant.