Counterpoint Research has released a new report, giving us a look at the premium smartphone market for Q2 2021. Based on the information this market research company shared, Apple fared better in this market tier.

Apple grew in the premium smartphone market, Samsung did not

According to Counterpoint Research, Apple grew from 48-percent to 57-percent in this market, in Q2 2021 (Year-over-Year). Samsung, on the other hand, lost some of the market, as its share dropped from 22-percent to 17-percent. 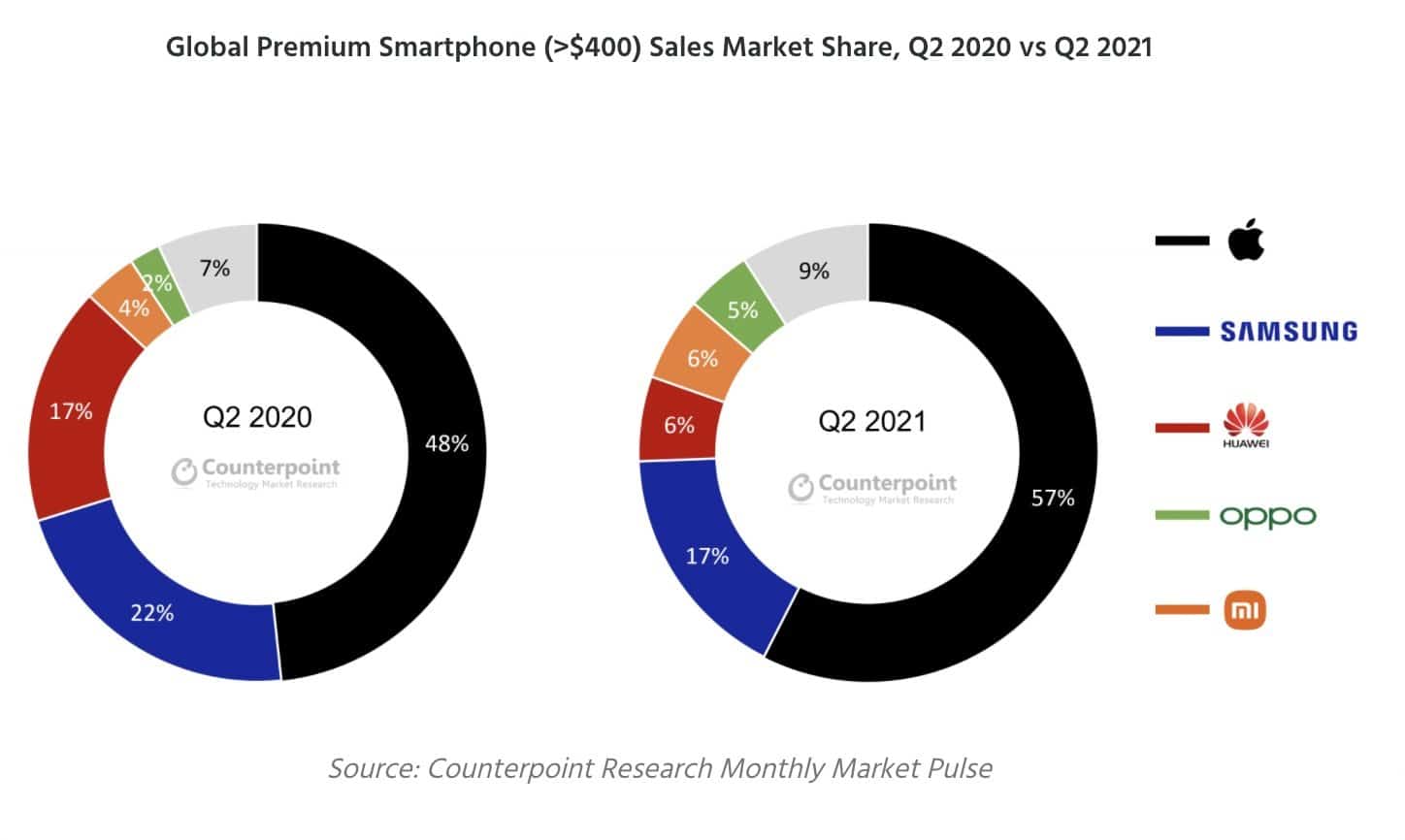 Huawei lost the most, as the company dropped from 17-percent to 6-percent. Xiaomi is also listed amongst the top 5 companies, as it grew from 4 to 6-percent. OPPO also marked growth, from 2 to 5-percent.

Now, if you take a look at the image below, you’ll see the leading companies in specific regions. Those regions include North America, Latin America, Western Europe, Eastern Europe, China, APAC Ex China, and the Middle East and Africa.

In all those regions Apple leads the pack, as it’s the top dog in the premium smartphone market at the moment. Samsung is second-placed in all markets but one, the Chinese ones. That’s where Huawei still has good footing.

The third place is… well, considerably different from one region to the next. OnePlus is third-placed in the US, while Xiaomi holds that place in Western Europe, Eastern Europe, and the Middle East and Africa regions.

Motorola is doing really well in Latin America, as it’s third-placed in this market segment. OPPO holds this spot in China, while Vivo is doing the same in the APAC Ex China region.

It is a bit surprising to see Samsung’s loss of market share in the premium smartphone tier, but the Galaxy S21 sales haven’t exactly been great, so it kind of makes sense. The company may improve its footing a bit with the Galaxy Z Fold 3 and Z Flip 3, we’ll have to wait for fresh information in the near future.

Apple did announce its new iPhones a couple of days ago, and they’ll go on sale soon. Those sales may boost the company’s footing even more, but we’ll have to wait and see.