OnePlus has just confirmed that its OxygenOS, and OPPO’s ColorOS are merging into a single entity. This time around we’re not talking about some under the hood stuff as before, this is the real deal.

OxygenOS & ColorOS are merging for real this time around

Earlier this year, OnePlus announced that OxygenOS codebase will be merging with that of ColorOS. That alone gave us a hint that the two OS’ may merge at one point down the road, and that has just been announced. OnePlus’ handsets in China are already running ColorOS, so this is far from surprising. Many people believed that ColorOS will simply take over, and arrive to all OnePlus smartphones, well, that won’t exactly be the case.

This has been announced by no other than OnePlus’ CEO, Pete Lau. He shared the information in the ‘OnePlus 2.0‘ insight blog post on the company’s forums. Mr. Lau basically outlined plans for OnePlus moving forward. Many of you are probably wondering when will this change take place… well, it’s coming in 2022. 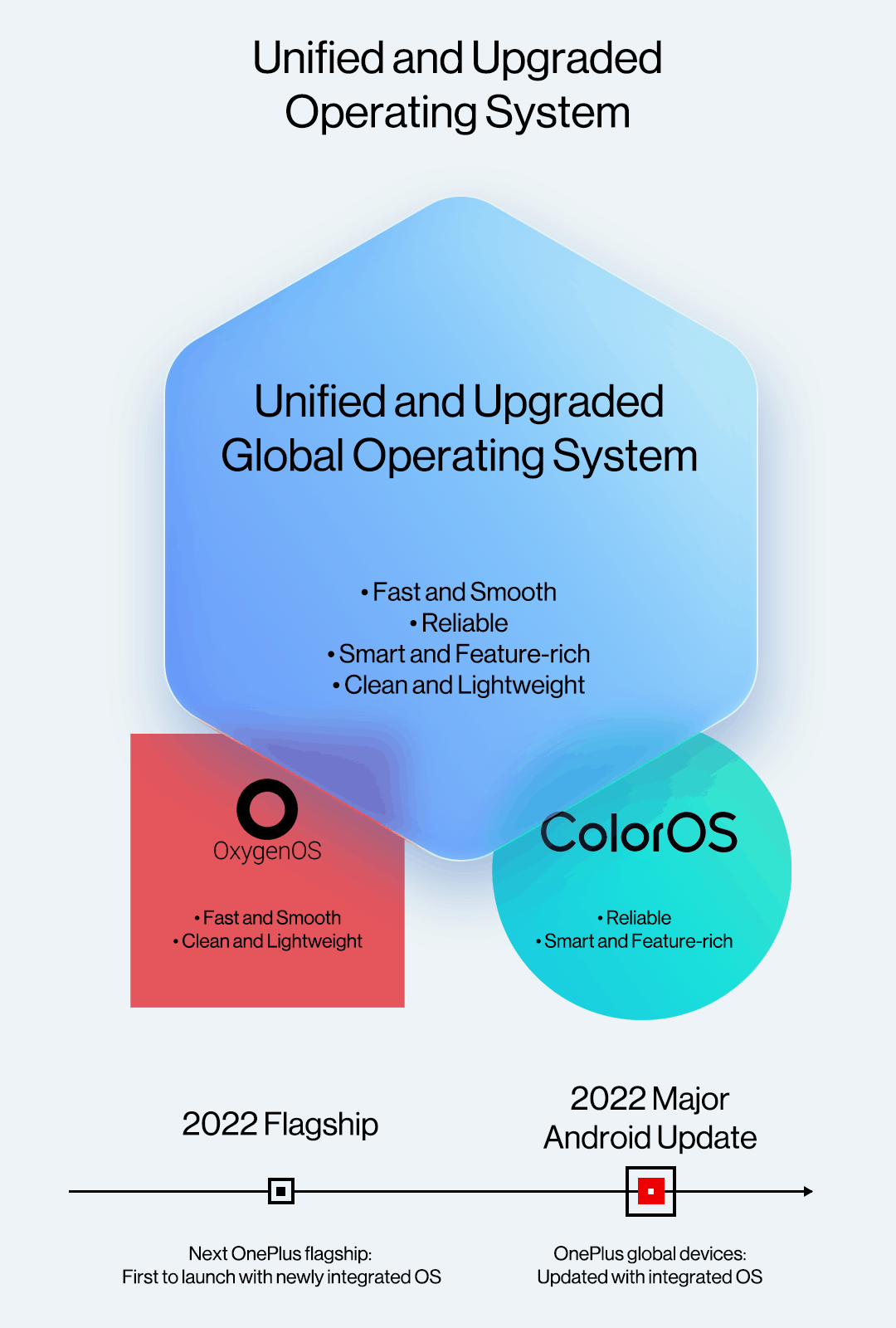 This unified OS will take the best parts of OxygenOS and ColorOS, and combine them into a single OS, basically. Mr. Lau summed up OxygenOS as UI that offers a fast and smooth experience with clean and lightweight UI. For ColorOS he said that it delivers a stable interface, that’s smart and feature-rich.

He also went to confirm that the upcoming OS won’t have ads, bloatware, and unnecessary pre-installed apps… which kind of goes under the bloatware category. He also added that the new OS will be customizable. Both OxygenOS and ColorOS are, at this point, quite customizable, so we’re not really sure what exactly he means by that.

It was mentioned that there will be some differences between devices, though. So, even though they’ll be based on the same OS, that OS will differ a bit from one brand to the next. That’s, at least, what we were able to gather from what was said. Mr. Lau said that the unified OS will be “customized depending on target users”. He also gave an example for OnePlus users, the OS that will ship on OnePlus devices “will be kept as clean and lightweight as possible”.

So, to sum it up, we’re expecting to see some differences between OnePlus and OPPO software, even though they’ll ship with the same OS, essentially. The main goal of this is to offer a nice-looking, really smooth OS that is quite customizable. Mr. Lau was quite adamant that there won’t be any bloat on it.

The OnePlus 10 series will be the first to offer it

The OnePlus 10 series, or whatever OnePlus ends up calling it, will be the first to deliver this new OS. That means we’ll get a glimpse of it next year. OnePlus did note, however, that the integration will be completed with Android 13.

All phones that are scheduled to get Android 13 will get this new OS, by the way. That includes quite a few devices. For OnePlus, those devices are: OnePlus 9, 9 Pro, 9R, 9T, 8T, Nord 2, and Nord CE. For OPPO the included devices are: OPPO Find X3 Pro, Find X3, Find X3 Neo, Find X3 Lite, and quite a few Reno devices, plus several F series devices. Check out this link for more info.

OxygenOS 12 is still coming this year

Many of you are probably wondering will this affect OxygenOS 12 launch. OxygenOS is still coming, this year, with Android 12. OnePlus won’t make you wait an extra half a year to get Android 12.