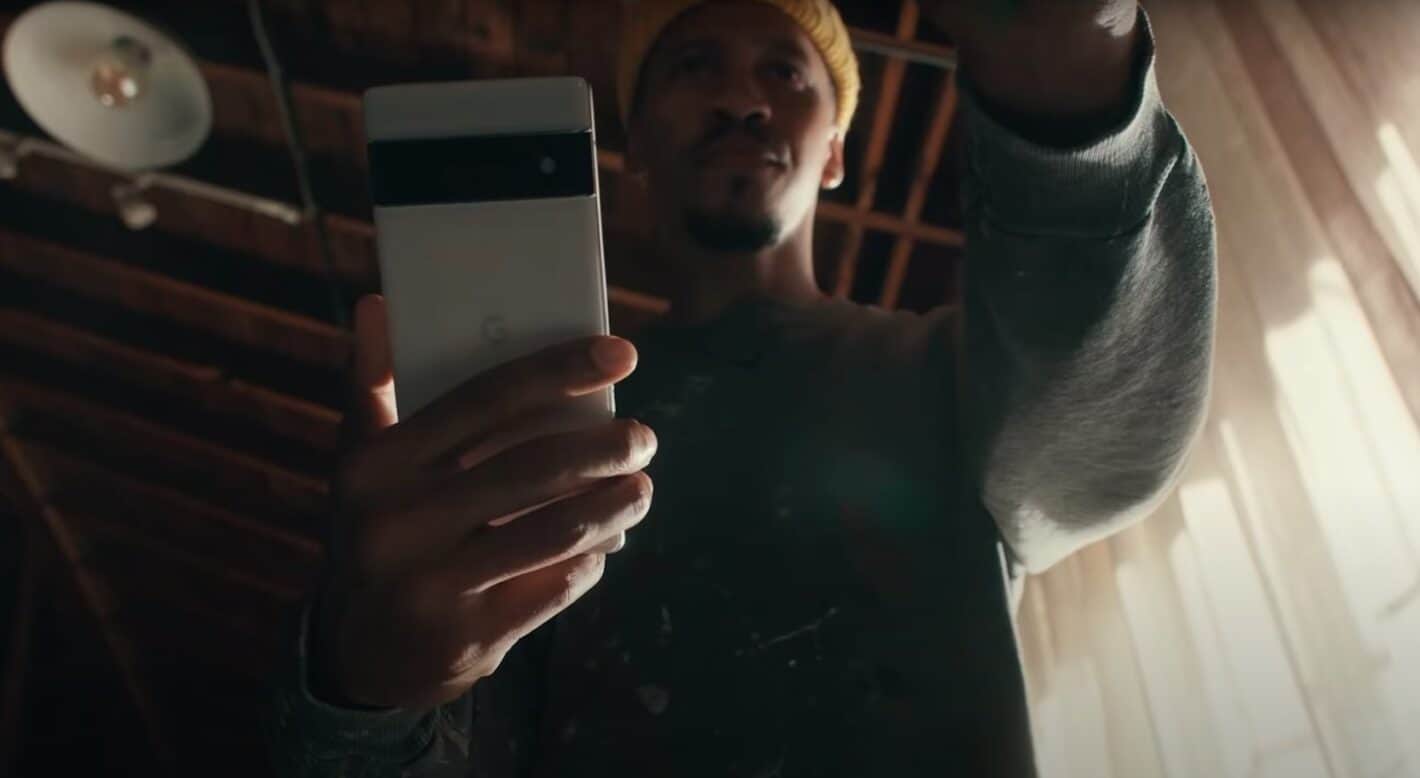 The Google Pixel 6 has appeared on Google’s official YouTube channel, as the device stars in its first ad. In this ad, you’ll be able to take a closer look at the phone, as people actually use the device in it.

Truth be said, by “use” we mean “hold in hand”, and for brief moments only. This is supposed to be some sort of a teaser video, but it does give us a great look at the phone. Until now, we only saw renders of the device.

Google is using the “For All Your Are” tagline for this short video ad. The ad will also show you snippets of Android 12 as well. Google released the very last beta build of the software yesterday, and the stable build should be coming within a couple of weeks.

In the video, you’ll get a glimpse of Android 12’s “Material You” UI, and Dynamic Color theming as well. As Android 12 brings a major overhaul of the OS, with a bunch of new features.

This video ad also confirms our fears, as it seems like the bottom bezel on the phone is thicker than the rest. That will be a disappointment to some, as the Pixel 5 offers uniform bezels.

In this video, you’ll also see the Pixel 6 and 6 Pro in different color variants. Google is really not holding back on showing the Pixel 6 series design, as it shared a bunch of official renders a while back.

The Google Pixel 6 and 6 Pro will become official in the fall, that’s what Google said. We still don’t know when exactly are they coming, but the latest rumor claims we’ll have to wait for October.