The Motorola Moto G Pure is on its way, while its design, specs, and price already popped up. The latest leak comes from Evan Blass, who shared a poster with the device’s design. A couple of days ago, @OnLeaks and Zouton brought us a ton of CAD-based renders, specs, and a possible price tag.

So, there’s not much to wonder about when it comes to this phone, not any longer. In regards to its design, it seems like we’ll get a plastic build. We’re only guessing, though, based on the images and price range. 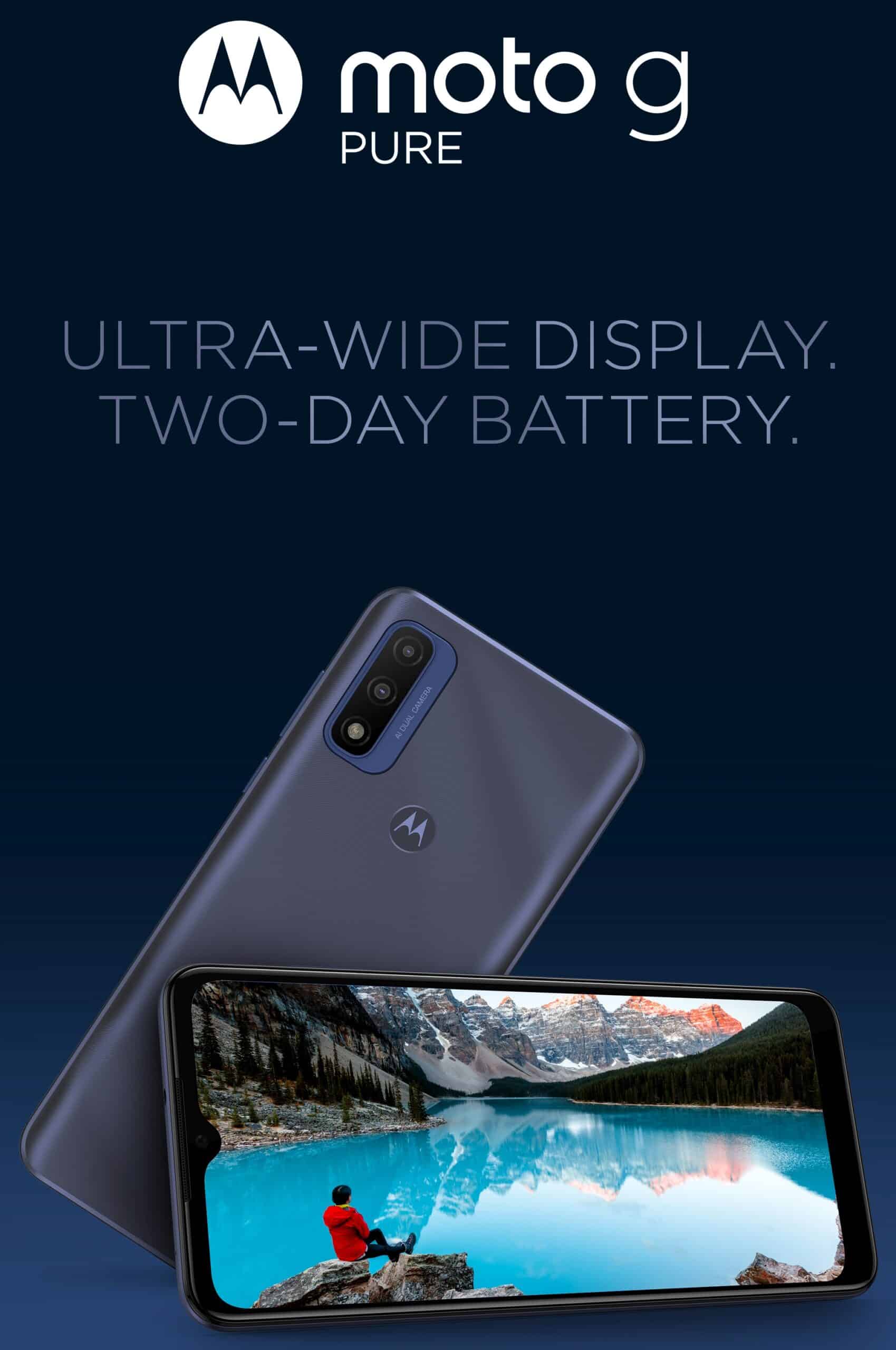 The phone will include two cameras on the back, and one on the front. That front camera will be included inside a waterdrop notch. The phone will have rather noticeable top and bottom bezels, while its side bezels will be quite thin.

A flat display will be included, while the phone’s back side will be curved towards the sides. All the physical keys will sit on the right-hand side of this phone, while it seems like the device will include a rear-facing fingerprint scanner.

The company’s logo will double as a fingerprint scanner, you’ll notice that it’s pushed in a bit. This is not the first time Motorola did something like this, not even close.

The Moto G Pure is expected to include a 6.5-inch display. What’s interesting is that it will be an AMOLED display, it seems. The MediaTek Helio G25 SoC will fuel the phone, while you can expect to get 3GB of RAM and 32GB of storage.

A 48-megapixel main camera will be included, along with a 4,000mAh battery

Android 11 will come pre-installed on the device. A 48-megapixel main camera will sit on the back of the device, along with a 2-megapixel depth sensor. A 5-megapixel selfie camera will also be included.

The phone will be powered by a 4,000mAh battery, which will support 10W charging. A Type-C USB port will sit at the bottom of the phone, while an audio jack will also be included.

Now, the source also claims that the phone will cost $300-$350, which does seem a bit high for this phone, to say the least. This is an entry-level phone in basically every way.

We’ll see if the information is accurate in the second week of October, when this phone is expected to launch. In case you are wondering, this device is expected to come to North America.