Google kicked off the Pixel 6 marketing project a while back. The latest piece of the puzzle appeared in The New Yorker (spotted by Rich Brome). In the September 27 issue of it, you’ll see a Pixel 6 ad, essentially. This Pixel 6 magazine ad hypes up various features of the devices, including camera performance, Material You, voice recognition, and more.

In this ad, there are a number of renders of both the Pixel 6 and Pixel 6 Pro. These are the renders that we’ve seen in various billboards that popped up, as Google is not hiding the Pixel 6 design, not one bit. 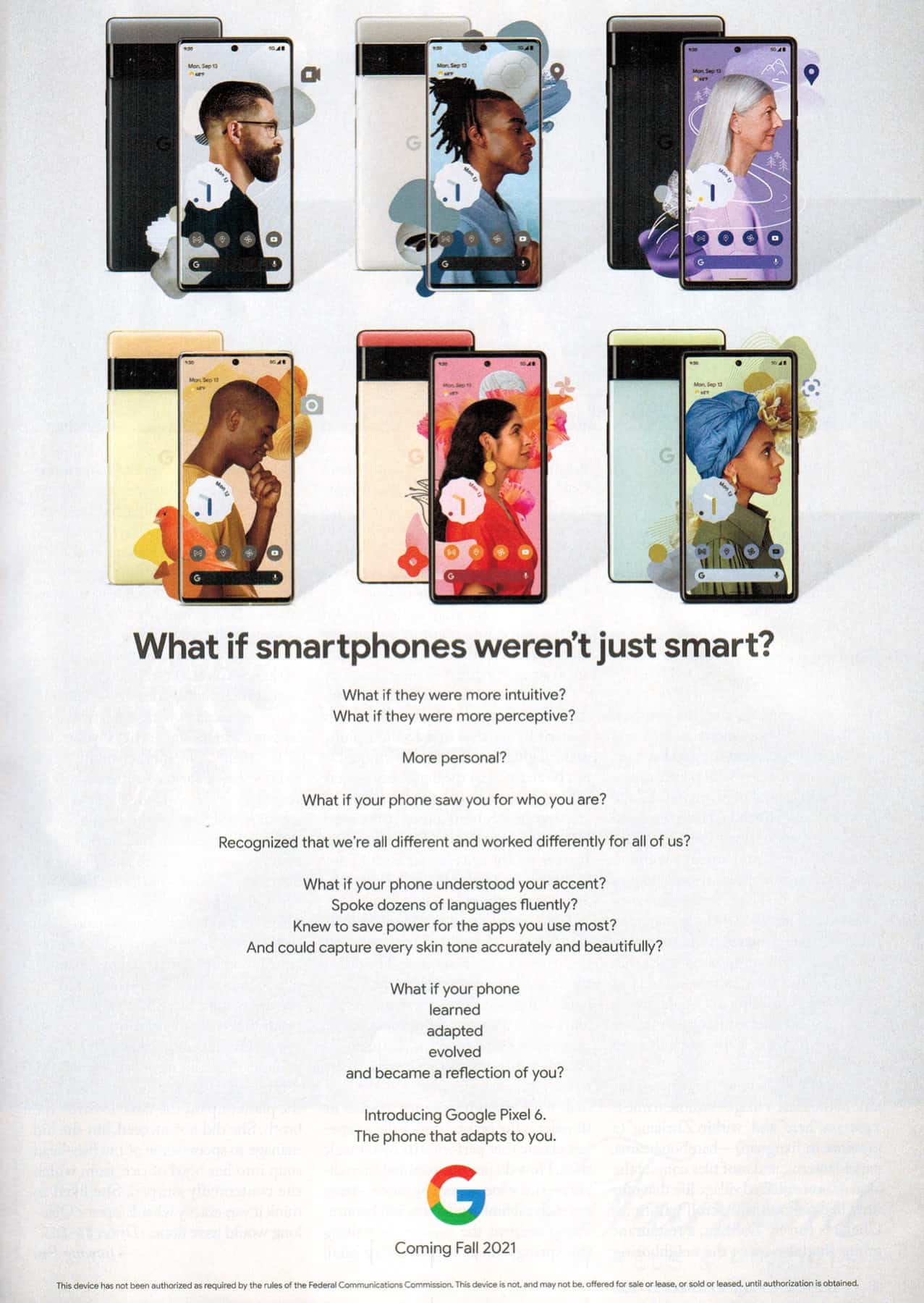 The Pixel 6 series is coming with Google’s very first mobile SoC, the Google Tensor. That is probably what Google is teasing with the aforementioned captions.

Various other taglines are used here, including “What if your phone learned / adapted / evolved?”, and so on. The Google Pixel 6 name is mentioned, of course, and the main caption that Google used is “The phone that adapts to you”.

Google confirmed the designs of both phones a while back

The Google Pixel 6 and 6 Pro designs have already been revealed by Google, officially, and the same goes for various other information. Google did confirm the ‘Tensor’ chip that we’ve mentioned, while the company also said that these two phones won’t be cheap.

The Pixel 6 and 6 Pro are expected to launch next month. October 19 is tipped as the launch day, while they are expected to become available to purchase on October 28. None of those dates have been confirmed, though.

Google is basically getting back to the premium tier of smartphones with these two handsets. Last year was an off year in which Google announced mid-range products only. Both the Pixel 6 and 6 Pro will be high-end offerings, though.