HONOR seems to be developing its own rollable smartphone. The company actually patented such a device. The patent was submitted back in July 2020, and it was published a couple of days ago, on September 24, reports Letsgodigital.

HONOR seems to be developing a rollable phone, and its design appeared

You can check out that design in the image below, from almost all angles. What’s interesting is that this phone doesn’t seem to have bezels, at all, not even some black bars at the top and bottom. 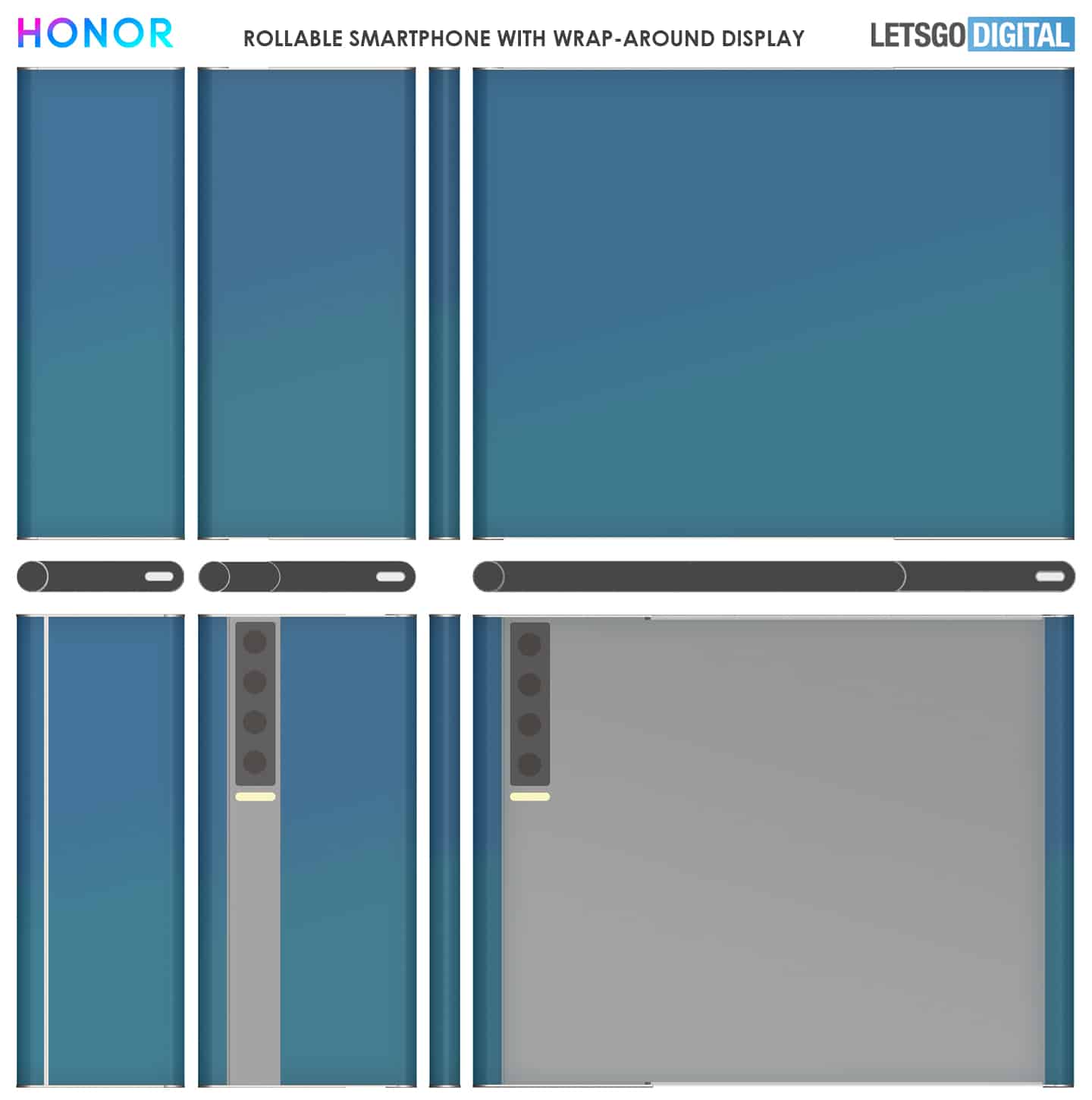 The top and bottom portions of the phone are completely flat, which is something you can expect to see on most rollable devices, at least at first. This phone also has four cameras on the back, and not a single one on the front, at least not any visible ones.

If this handset gets released, it will likely have a front-facing camera, though perhaps one that is under the display. For the time being, only OPPO announced a working rollable smartphone, though it’s not available to purchase.

LG was supposed to launch its rollable smartphone earlier this year

LG was supposed to announce one earlier this year, but the company stopped making handsets in the meantime. It still remains to be seen which company will be first to announce and release a rollable smartphone, for consumers to be able to purchase.

HONOR still did not announce a foldable smartphone either. The company was rumored to do that before the end of 2021, and it still is, but we haven’t really heard anything about that for a while now.

HONOR will likely announce a foldable smartphone first, and we won’t get a rollable one for a while now. That’s just a guess, though, who knows, perhaps HONOR ends up being the first company to offer a rollable smartphone for consumers.