Google is buying a new office building in Manhattan, New York. The company has announced that it will purchase the St. John’s Terminal in Manhattan for $2.1 billion. The internet giant expects to complete the transaction for the purchase in the first quarter of 2022. It currently leases the site, which is located at 550 Washington Street. The building is expected to open by mid-2023, Alphabet and Google CFO (Chief Financial Officer) Ruth Porat said in a blog post earlier this week.

The St. John’s Terminal in Manhattan will “serve as the anchor” of Google’s new Hudson Square campus in New York, its largest office outside California. The company says it has made substantial progress in building out the 1.7 million-square-foot campus. The campus will be the New York headquarters for Google’s Global Business Organization and will house its sales and partnership teams.

While there’s no sign of office returns for employees anytime soon, Google is continuing to invest big in office spaces. The company says in-person collaboration and community building will remain an important part of its future even with a hybrid work system.

Google had previously said that it plans to invest more than $250 million in its New York campus presence this year. The proposed $2.1 billion investment in the St. John’s Terminal is on top of that. The company is looking to increase its workforce in the city from 12,000 to 14,000 in the coming years. Google will also have an office space at Pier 57, an under-construction project by the Hudson River Park Trust. It will include, among other things, a public food hall, community space, galleries, and the city’s largest public rooftop space.

Google isn’t the only company buying new office spaces in recent years though. As office building prices drop across the US cities, other tech giants are also pouring in big sums of money to take advantage of the situation. Amazon acquired the historic Lord & Taylor building at Fifth Avenue in Midtown, Manhattan for a reported $978 million last year. Facebook has also leased the James A. Farley building in Manhattan.

But Google has outspent them all with its proposed $2.1 billion purchase of the St. John’s Terminal in Manhattan. According to a WSJ (The Wall Street Journal) report, it is the priciest purchase of a single US office building since the COVID-19 pandemic last year. A former freight facility, the building is being reimagined to add numerous outdoor open spaces. It will also reconnect the Hudson Square neighborhood to the waterfront. 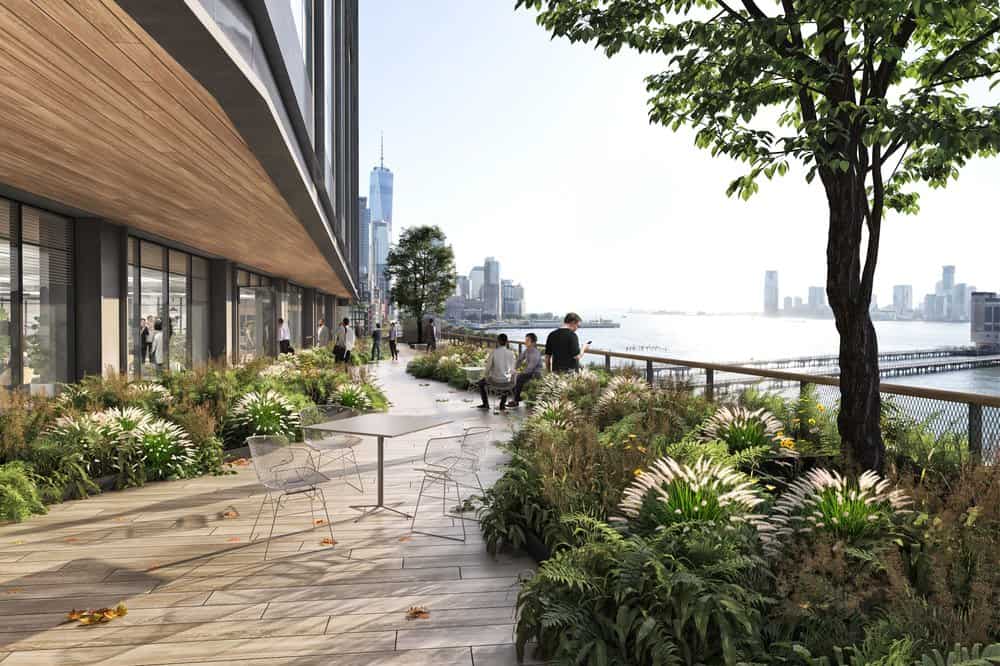