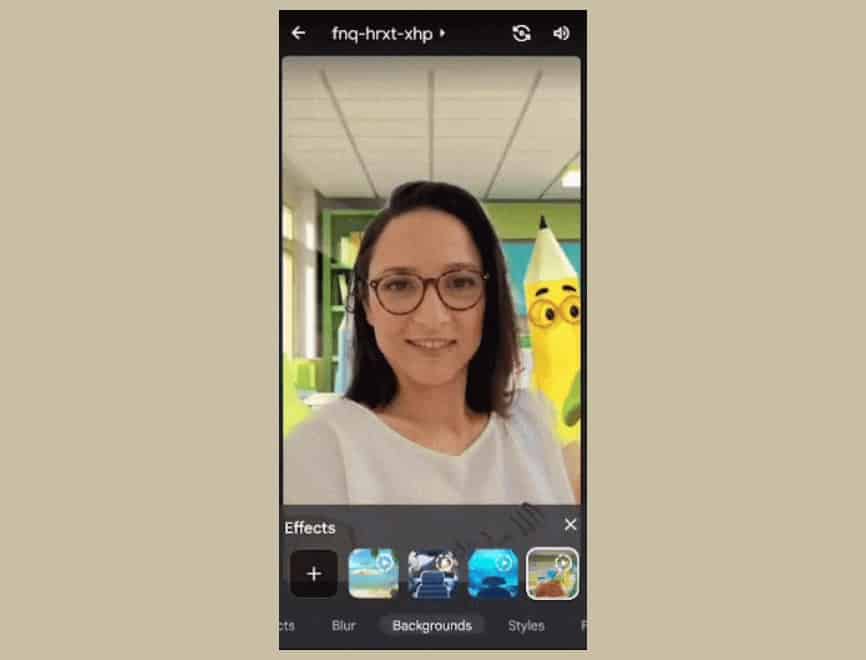 Months after the initial announcement, Google Meet video backgrounds are finally available on Android. Google is offering six different video backgrounds that you can use during meetings. These include a classroom, a party, and a beach. The company promises to add more options in the future.

Google first announced video backgrounds for Google Meet in April this year. The rollout began for the web version in June. Back then, the company promised to bring the feature to mobile apps soon. Google Meet iOS app picked up the support last month. Its Android counterpart is now joining the party as well, albeit a little later than expected.

The rollout began Tuesday and is expected to be completed over the next couple of weeks. The feature will be available to all Google Workspace customers, as well as G Suite Basic and Business customers. Users with a personal Google account appear to be missing out though. Video backgrounds are available to those users as well on the web and the Google Meet iOS app.

There’s no user control for video backgrounds on Google Meet for Android. However, Workspace admins can control whether users in their organization can change their backgrounds in Google Meet. If enabled by admins, the feature will be automatically available to users.

“Custom backgrounds can help you show more of your personality, as well to help hide your surroundings to maintain privacy,” Google said in a blog post. “With the option of replacing your background with video, we hope this makes your video calls more fun.”

Google Meet already lets users put static images as the background during meetings. You can use Google-made images or upload your own images. You cannot upload your own video backgrounds though. At least not as of yet. There’s every possibility that Google will add this capability in the future.

Video conferencing apps like Google Meet and Zoom have found a new life in the pandemic era. As the competition grows, the companies continue to add new features and improvements to their respective services. Video backgrounds are the latest addition to Google Meet.

Whether you use Google Meet on the web, on an iPhone, or an Android smartphone, you can now replace your background during meetings with quirky fun videos. Click the button below to download the latest version of the Google Meet app for Android from the Play Store.