Ahead of Android 12’s official release, Google has updated a handful of its apps with the new Material You design principle. Now, the company is announcing a similar redesign for the Google Keep application.

The Material You update for Google Keep will begin rollout from September 21 with version 5.21.361 of the app. As is the case with such updates, it may take some weeks to reach all devices. While Google didn’t talk about any new widgets for Keep, a leak recently revealed a widget in line with Material You’s Dynamic Color.

Google uploaded side-by-side screenshots highlighting the differences between the older Google Material theme and the newer Material You. This gives us a real sense of how much has changed since the days of the original Material Design.

We can make out the subtle differences in the accents on the top and bottom of the homescreen. These changes are also noticeable on the the background. Moreover, the floating action bar on the top now has rounded corners.

Android 12 is expected to bring some big changes to the table. While Material You is a big part of this, other features like Privacy Dashboard and the Android Private Compute Core are crucial.

The latter is a walled-off portion of Android for machine learning and AI-related tasks. All data is stored locally on the phone and not on the cloud for enhanced security. While it’s not a feature that is likely to get a lot of attention, it is a big step for Google.

Google’s next major mobile operating system is not too far from release. Meanwhile, the company is encouraging app developers to prepare their apps in time for the launch. 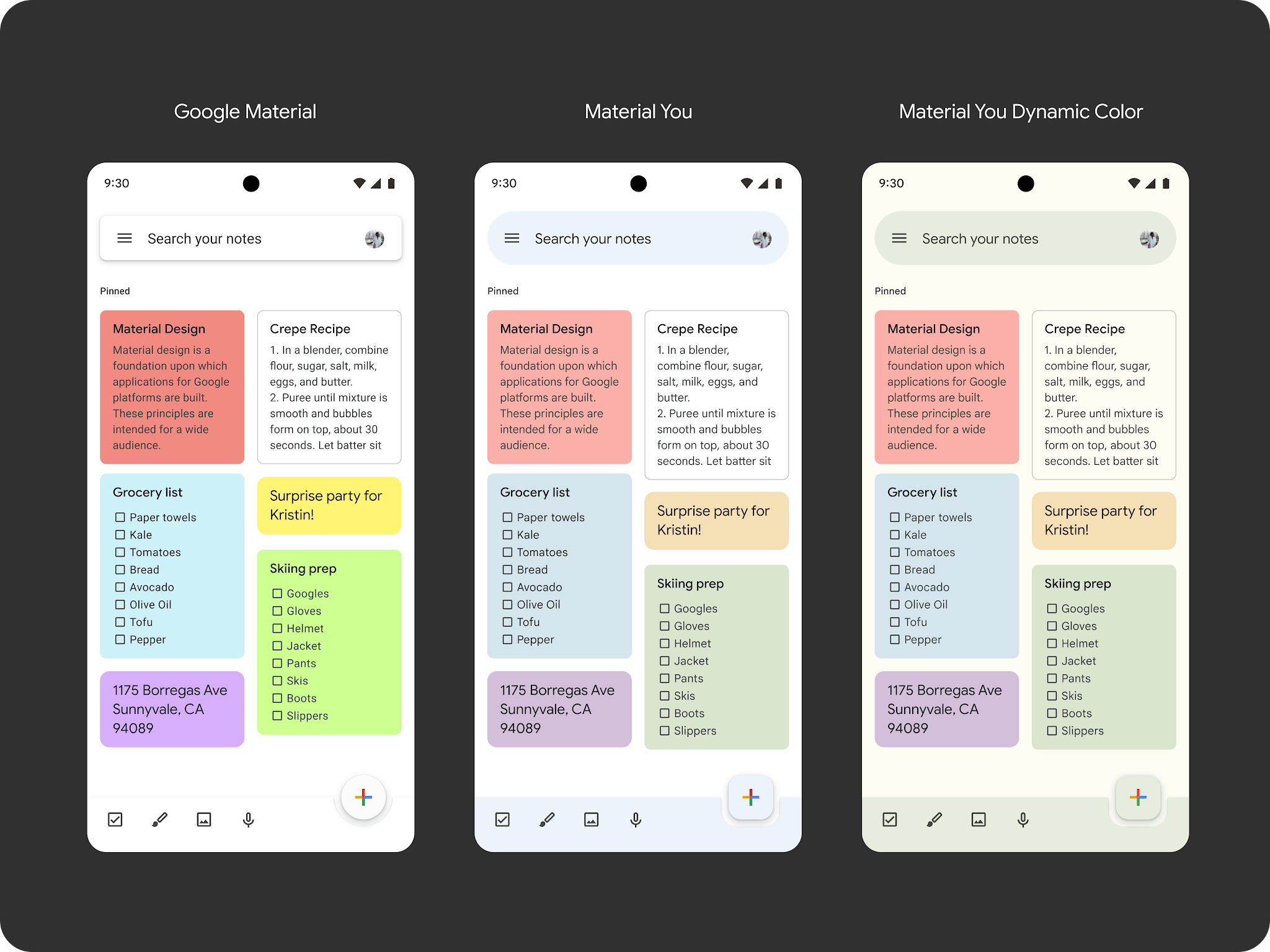