Square displays are perfect for productivity, for example, the use of Google Docs. It lets you focus on typing. However, if you use a wide-screen laptop or screen, the extra real estate on the left and right sides goes to waste. To fix this, Google Docs is adding a new feature that will at least help the comments make better use of the extra space.

Since display monitors are designed with 16:9 or 16:10 aspect ratios, you will see extra leftover space for workspace apps such as Google Docs.

But that doesn’t mean app developers cannot go ahead and put some meaningful use of the extra space. Keeping this in mind, the Google Docs comments section will now expand and resize itself based on the number of characters.

Notably, it will house a maximum of 50 characters in width, which is 15 characters more than the earlier allowance of 35 characters. So, overall, users will notice a 43% increase in width and better inclusion of comments.

Moreover, this will also prevent anyone’s long comments from taking too much space on the right side of the screen. The new Google Docs feature will keep the interface clean, without breaking someone’s comment or falling over each other.

The new feature is meant to help users in remote or work environments, especially for those who make use of a widescreen monitor for Google Docs.

According to Google, this new Google Docs comment feature is coming to all Workspace, G Suite Basic, and G Suite Business customers. Do note that it may take around 15 days in order for the feature to appear for everyone.

This prevents their work from getting stolen or used without proper attribution. The side panel also allows users to control the opacity of the image watermark, thus providing some granular control over it.

These are some nifty features that Google is adding to Google Docs. Overall, it helps enhance the user productivity and functionality, since everything has gone remote due to the pandemic.

With the Android 12 operating system on the verge of its official launch, Google Docs has also received the Material You design revamp. It brings several new designs and extra Android 12-esque elements to Google Docs. 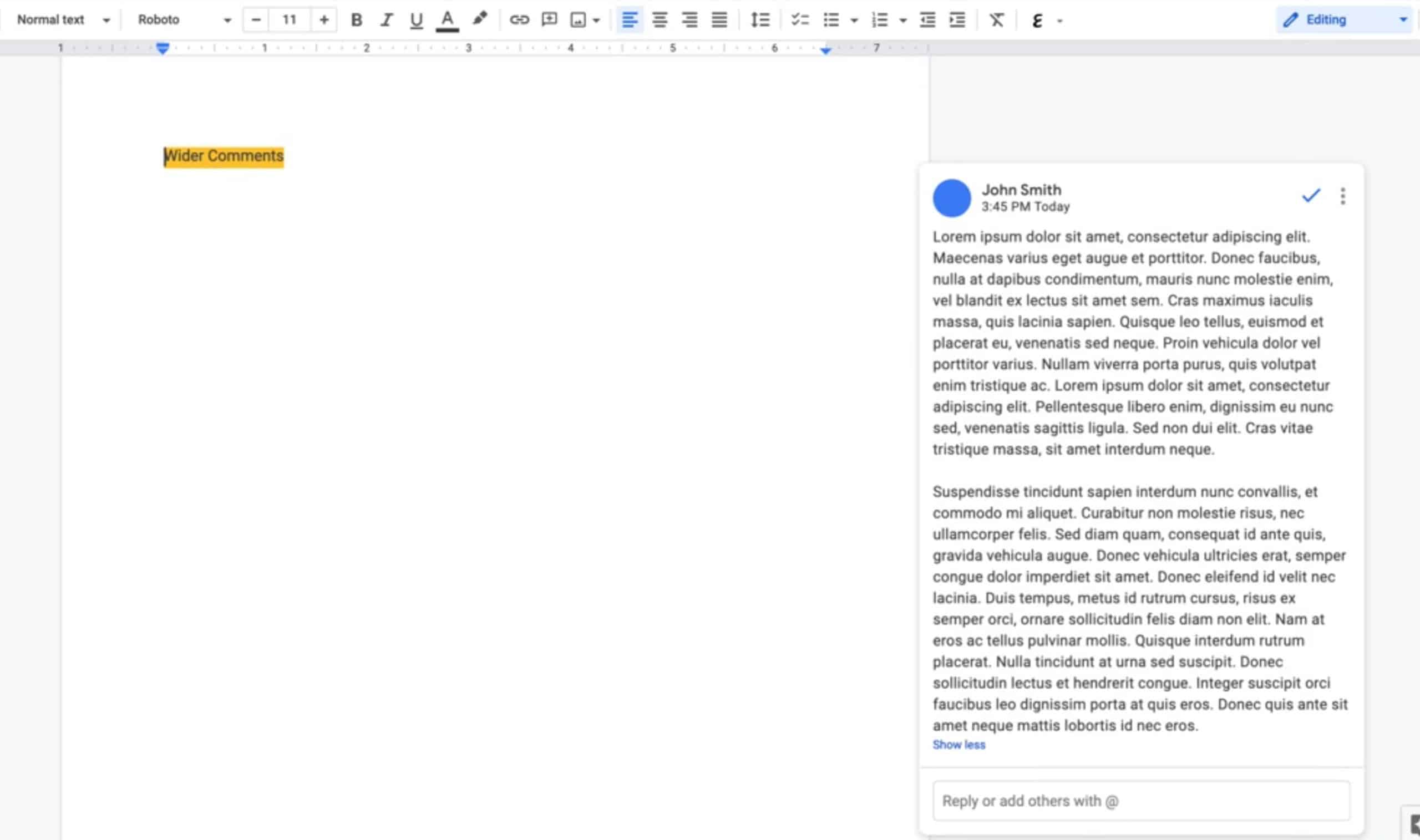