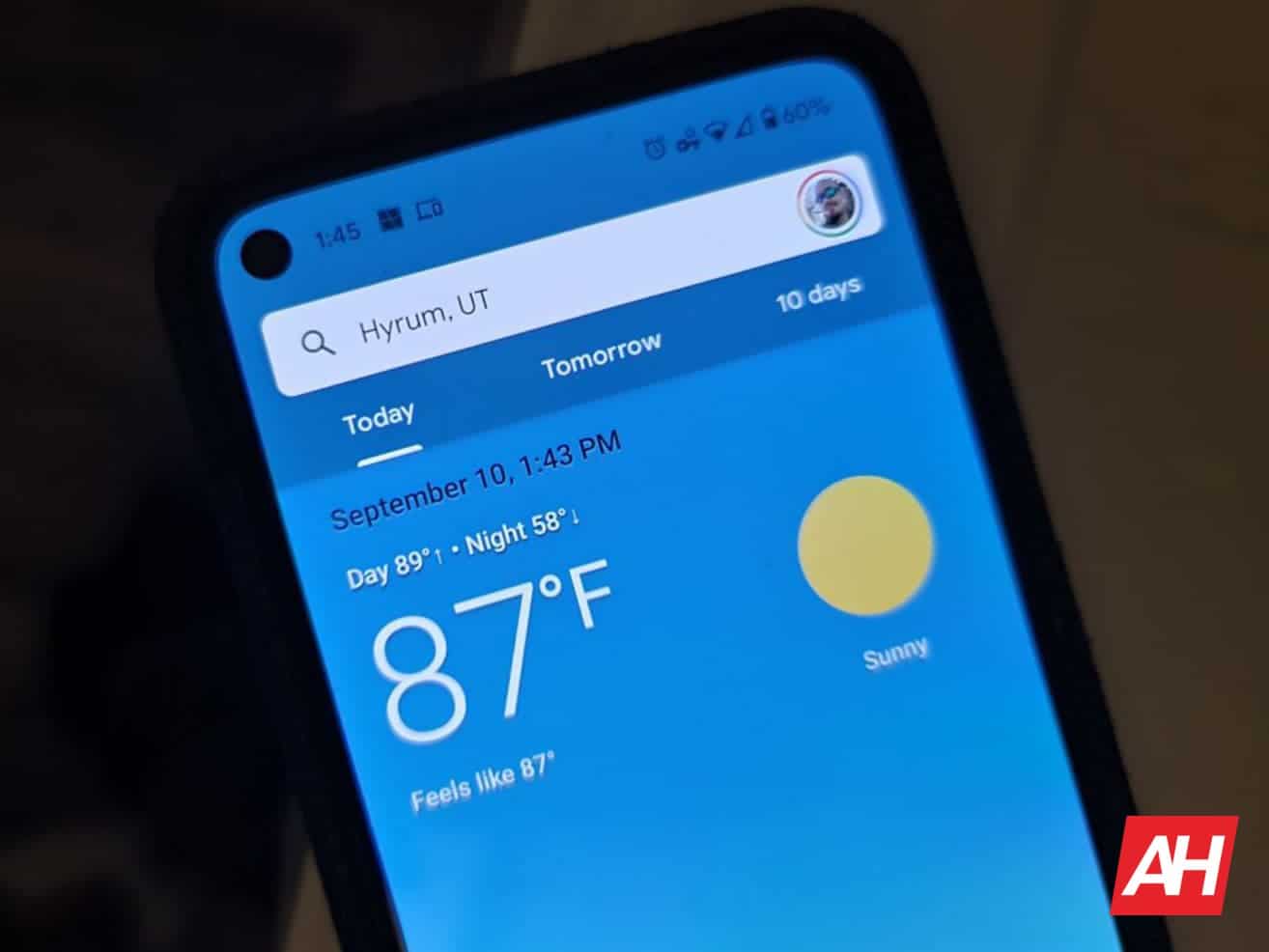 The on-and-off-again UI update to the weather applet found in the Google app has now apparently made a return. And that means that the new look should be showing up for just about everybody. But the app also reportedly still has at least one bug plaguing some users. So it may not stick around permanently.

What’s the difference with this Google Weather UI change?

Now, the biggest of the changes isn’t one that will immediately apparent to most users. That is, unless those users happen to access the app’s settings frequently. As with several app updates of the past, which were subsequently pulled, this one mostly applies to how overflow menu items are handled.

For clarity, those are things that were previously stored behind a three-dash menu in the applet’s search bar. And this is specifically for the weather applet provided by the dedicated Google app. That’s as opposed to any third-party apps.

Google has moved everything to a new location. So, whether users are trying to change which temperature unit is in use or add a weather widget to the home screen, they’ll need to look elsewhere. With this update to the Google Weather app UI, that’s now tucked behind a tap on the user’s profile image. That’s located at the top right-hand side of the UI next to the search bar.

So the move places menu options in the same place as those are found in other apps such as the Google Play Store. Presumably with the aim of bringing some consistency back to the menus in Google’s apps.

As noted above, this isn’t the first time Google has tinkered with this particular Weather UI update. However, in each of those cases, various bugs resulted in the updates being pulled or reverted.

At least a few users have also reportedly noted significant bugs with this version of the Weather features. Namely, that the wind and rain forecast partition of the app is missing from the UI altogether. At least for some users. It isn’t immediately clear how widespread the issue is. But that could result in this version of the app being reverted or pulled too. 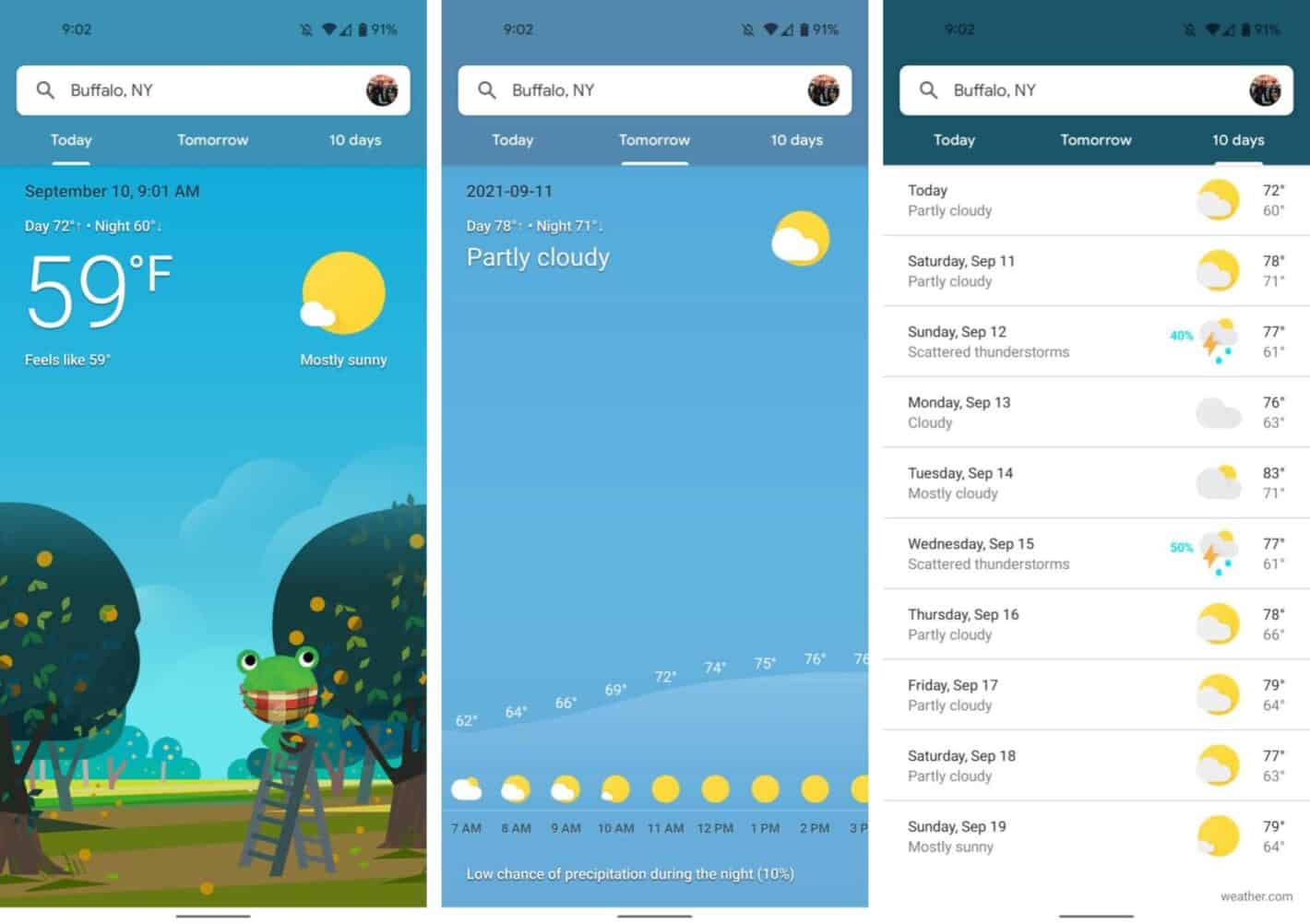 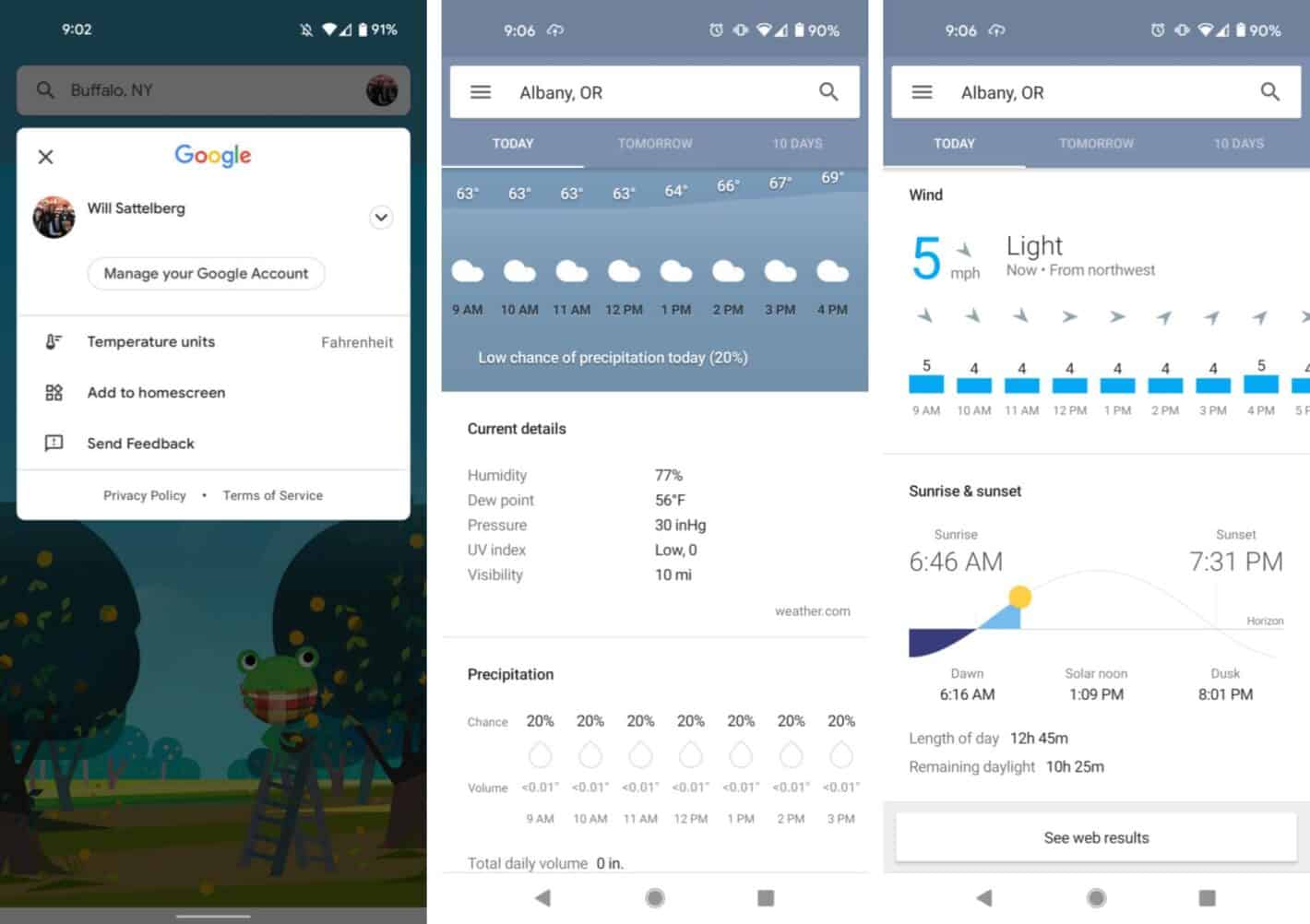 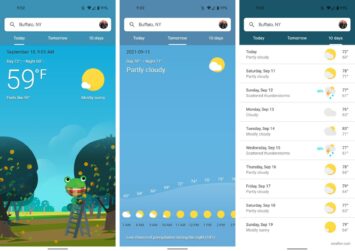 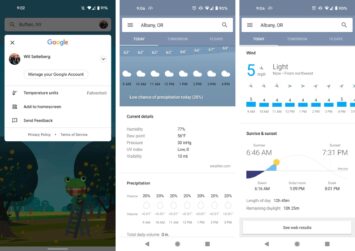