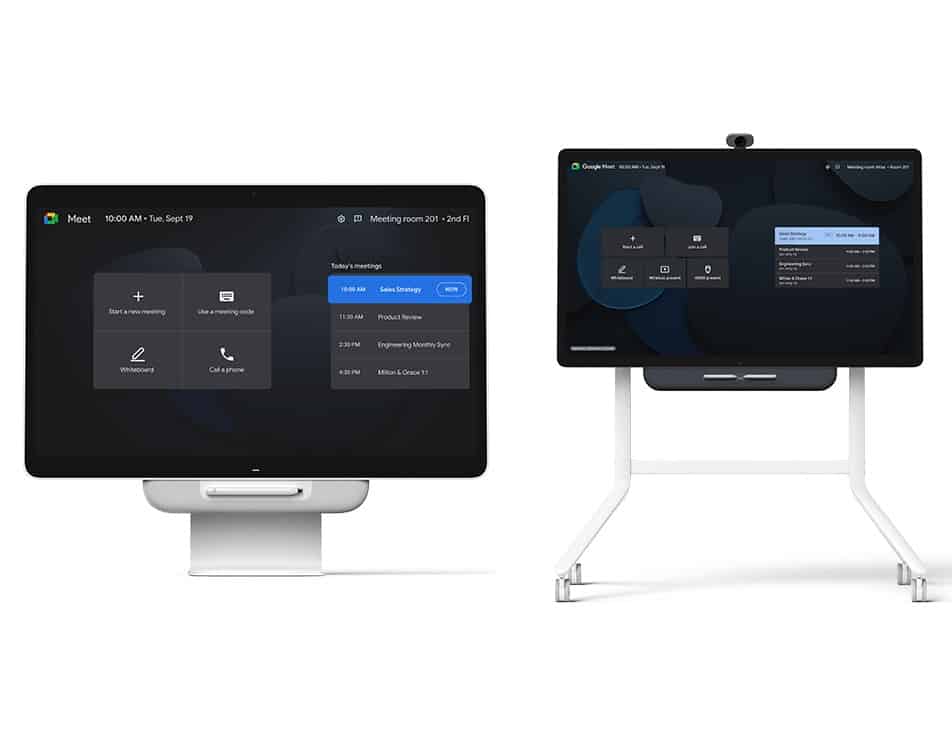 In September last year, Google announced the Series One meeting room kits for Google Meet. It is a suite of hardware that includes a soundbar, two cameras, an ethernet-powered touch controller, a mic pod, and a Meet compute system leveraging first-party technologies. The company has now launched two new Series One devices: Desk 27 and Board 65. Google also announced a speaker dock.

As the name implies, the Desk 27 is a 27-inch touchscreen display for your desktop or wall. It’s a 1440p resolution panel with a 16:9 aspect ratio. The screen can automatically adjust the color and brightness according to your ambient lighting conditions. It shows your upcoming meetings on the right while the left half can be used for other purposes such as starting a meeting, entering a meeting code, or making a call. You can even use it as a whiteboard with a stylus that magnetically attaches to the front. It can also function as a desktop monitor.

The Series One Desk 27 is powered by the Intel Core i5 processor, with Chrome OS handling the software side of things. However, since it is purpose-built for videoconferencing, you can’t really use it as an all-in-one computer. Instead, it does what it is intended for in a much better way than your laptop.

The device features a 5-megapixel camera with a 100-degree field of view. The camera can zoom or pan to keep you in focus. An array of eight microphones (four each on the front and back) ensure that the audio captured is crystal clear. You get features like voice amplification, auto-framing, Google Assistant voice control. It also has custom speakers for “high-fidelity” sound output.

This device comes with its own desk stand but you can mount it on the wall as well. It has a USB Type-C port on the back for power input. There’s no Bluetooth pairing or charging support here.

Google is targeting the Series One Desk 27 at small conference rooms or shared spaces. But you can use this enterprise-focused device at your home as well. Just bear in mind that it comes quite costly at $1,999. The device will be available later this year. 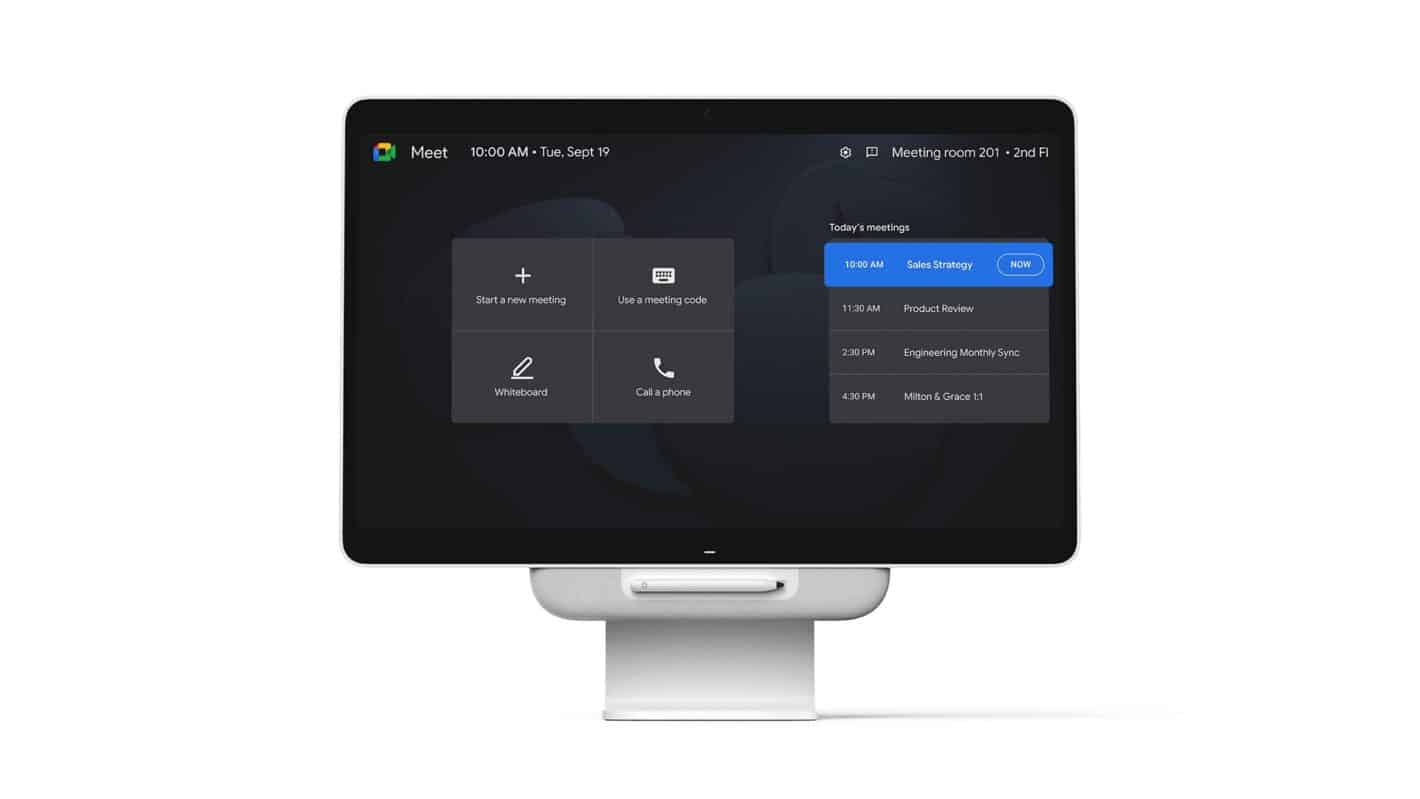 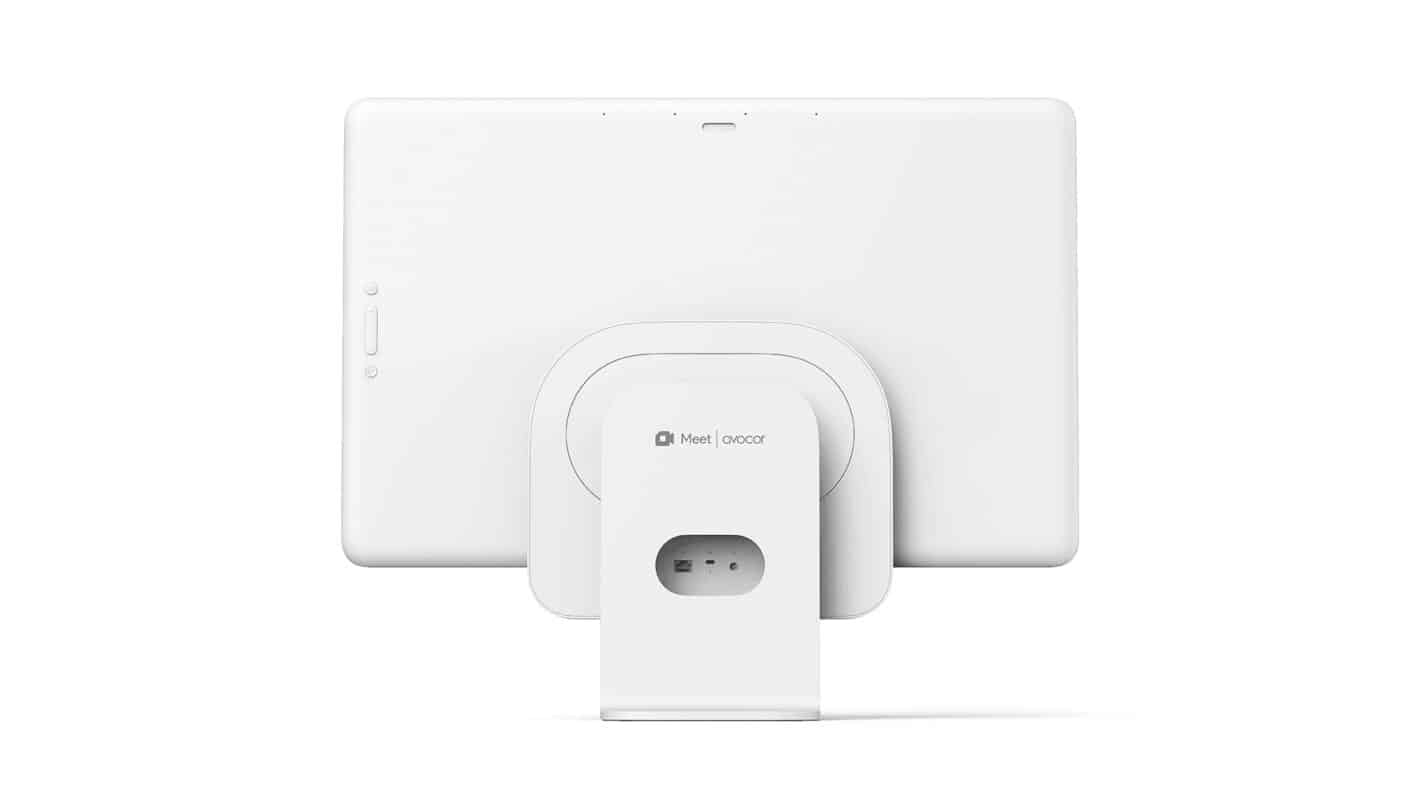 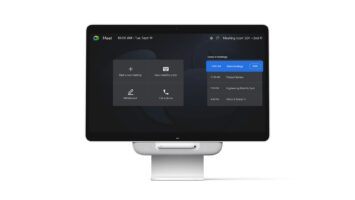 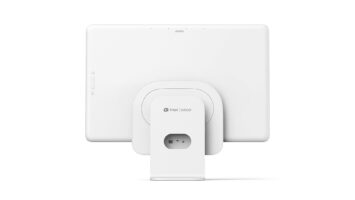 Google Series One Board 65

The Series One Board 65 is essentially a larger, 65-inch version of the Desk 27. It features a 4K display and comes with two pens. This device has its own rolling stand but you can still mount it on a wall. You get a camera attachment as well. It has physical control buttons at the back letting you adjust volume, power ON/OFF, and switch input between wireless and HDMI.

Google has optimized the software for Meet. However, you can connect the device to a laptop and use it as a monitor. This will allow you to run other conferencing apps such as Zoom. But you’ll be without software optimizations you get with Google Meet. 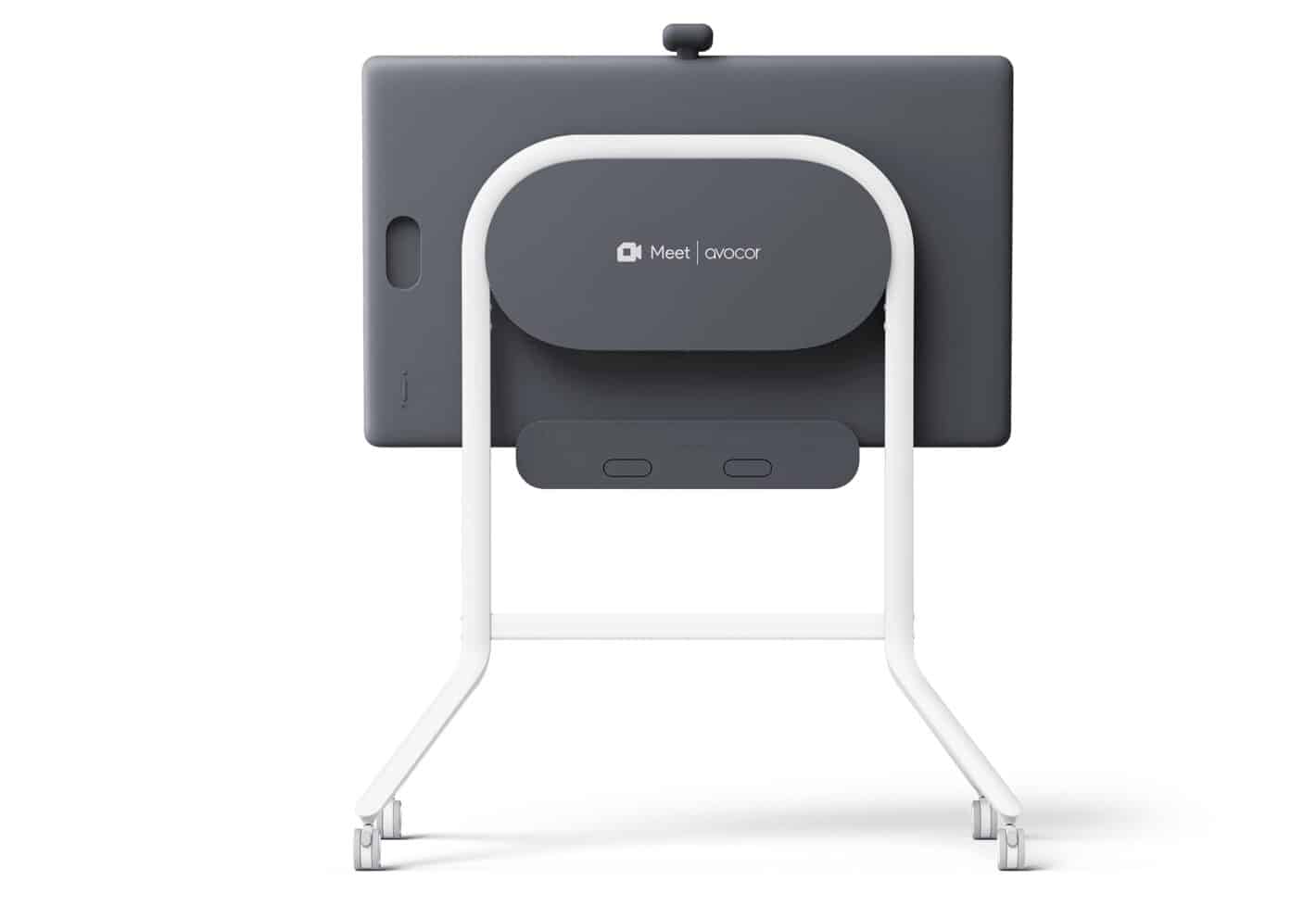 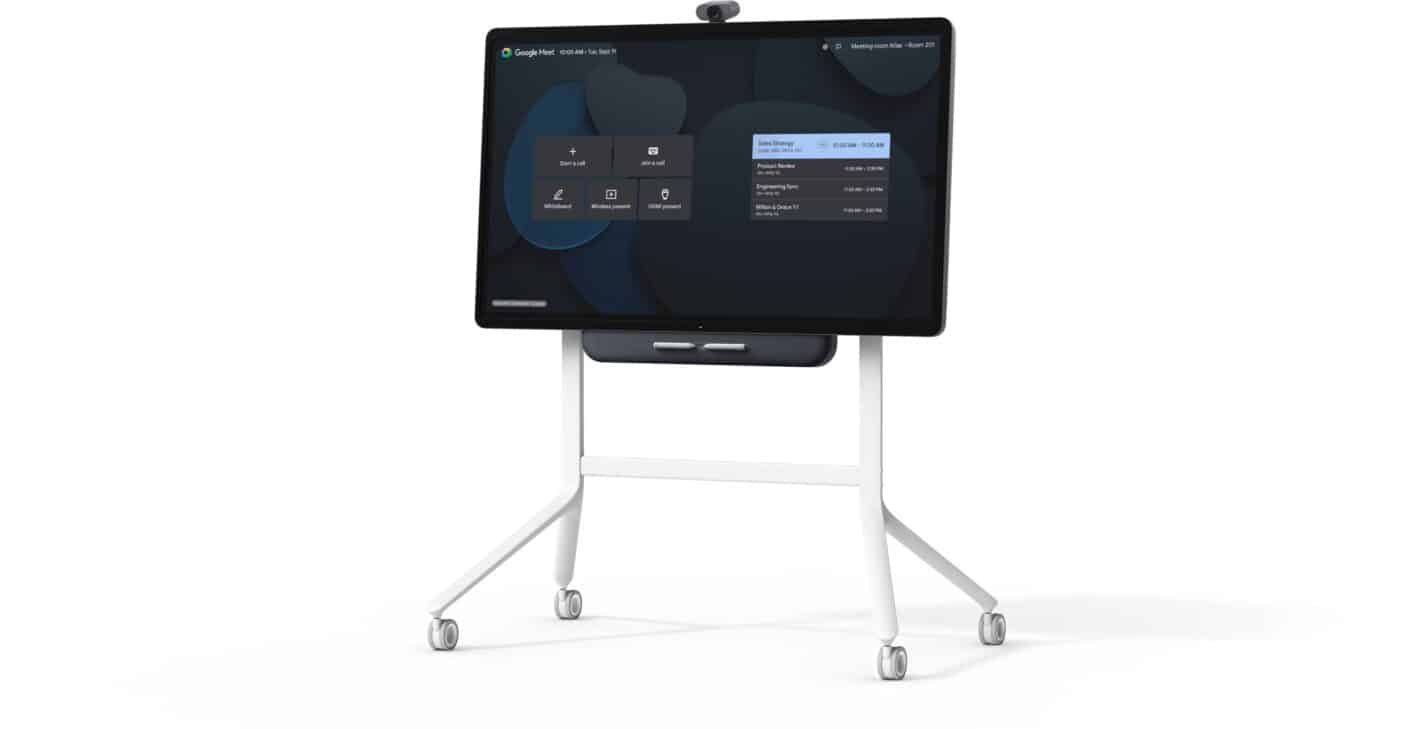 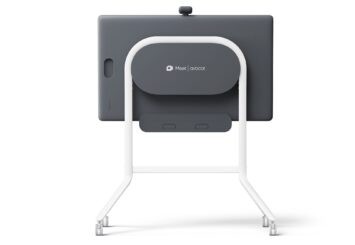 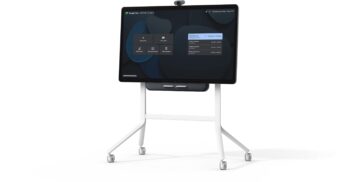 Lastly, there’s a new third-party smartphone speaker dock for Google Meet. The Rayz Rally Pro speaker dock is made by Appcessori. It automatically launches Google Meet when you plug in your phone. The device has a fabric-covered body and features some physical control buttons. It has a USB Type-C port for power needs.

The Rayz Rally Pro speaker dock is now available for pre-order at $200. It comes in customized versions for Android and iOS devices, featuring lightning and USB-C connections, respectively. 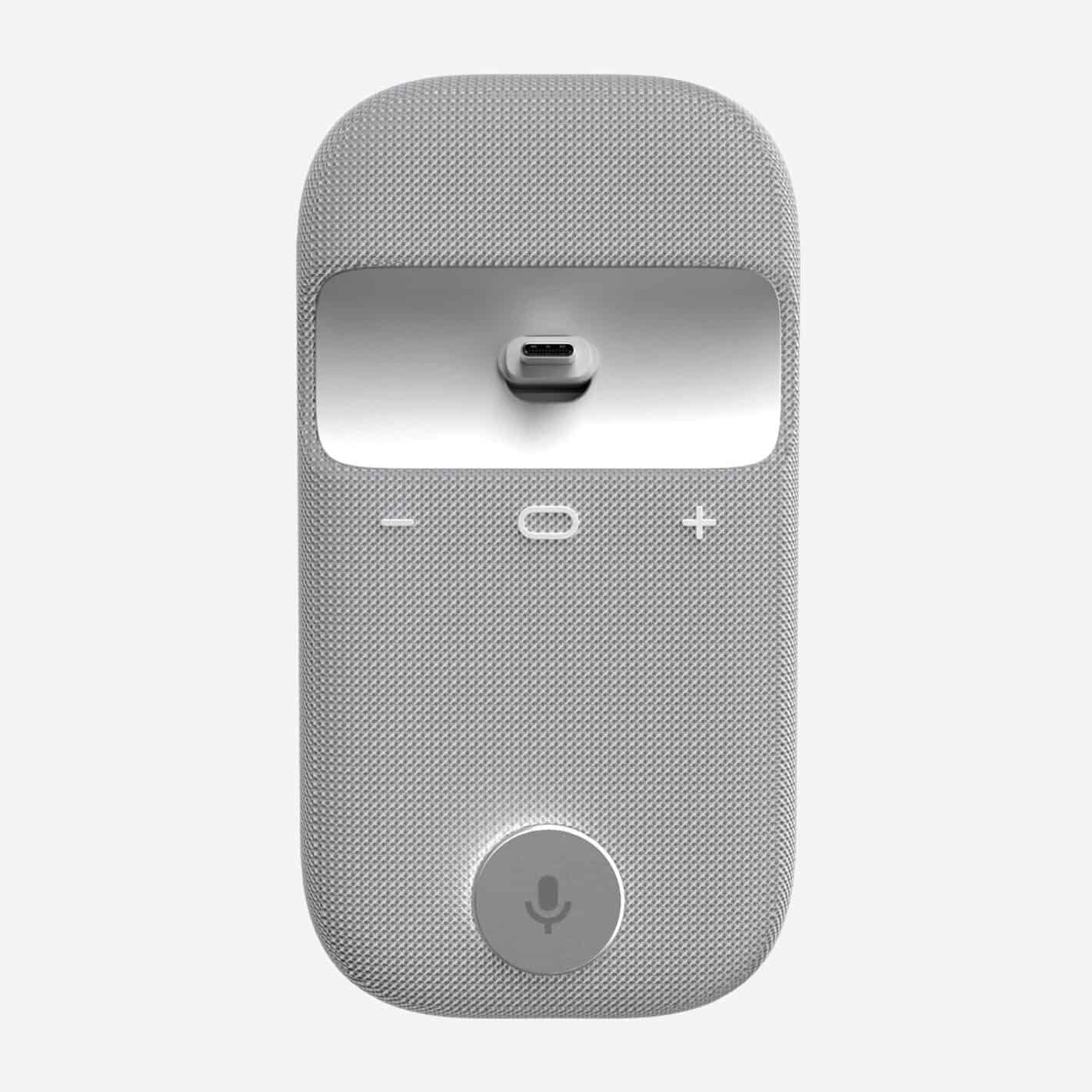 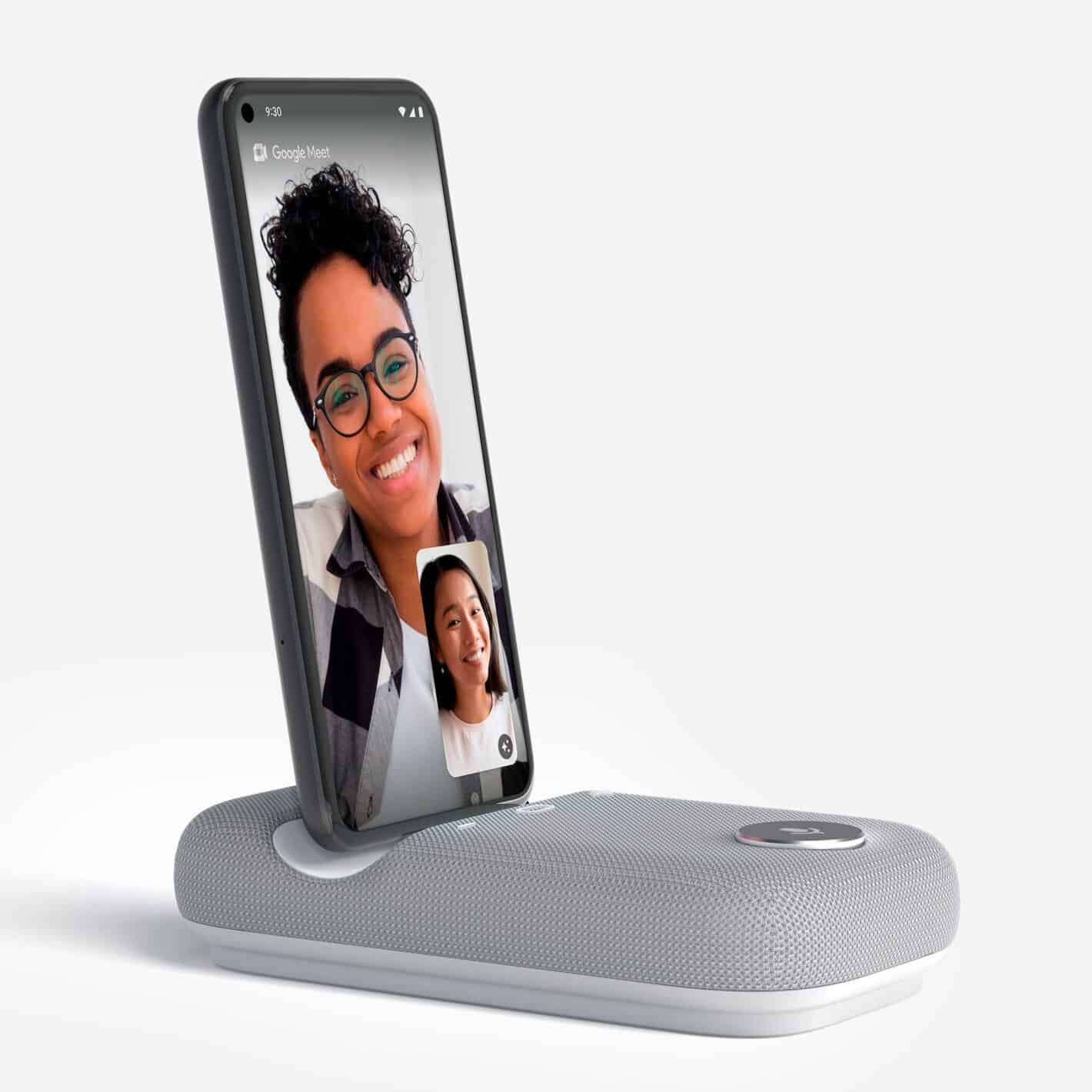 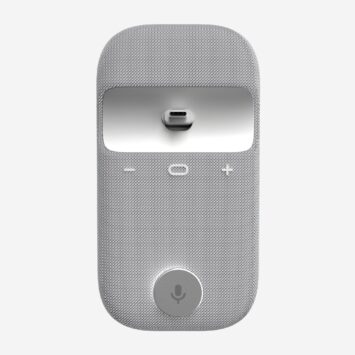 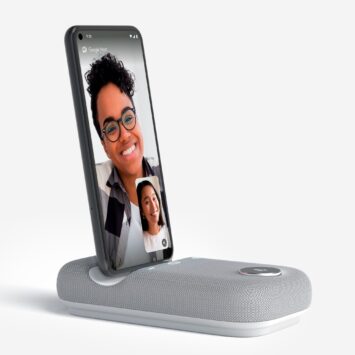