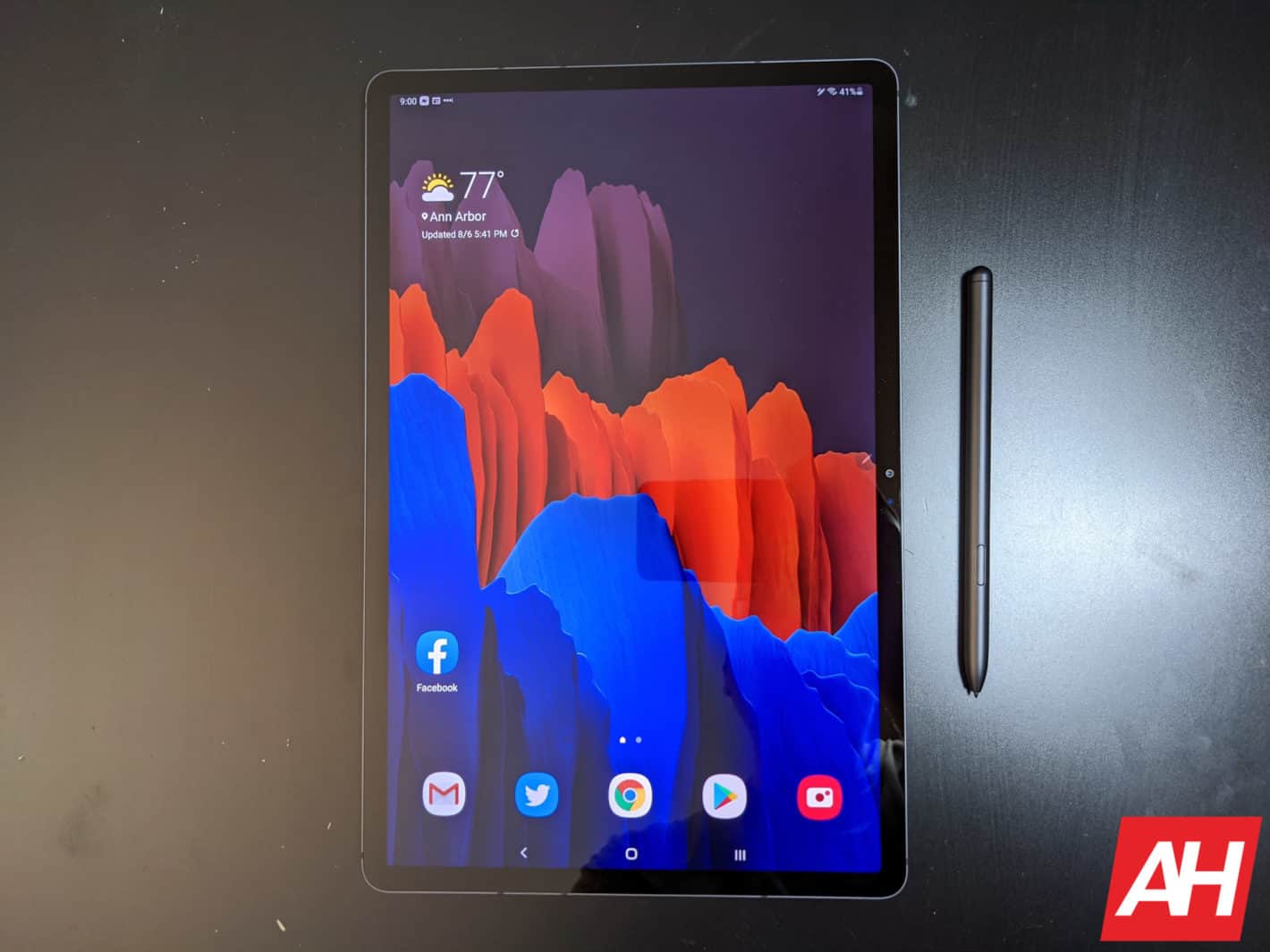 The newly launched Samsung Galaxy Z Fold 3 and Z Flip 3 come with One UI 3.1.1 based on Android 11. The company has already ported over a few One UI 3.1.1 features over to the Galaxy S21 series phones.

Now, in a recent development, Samsung Galaxy Tab S7 is getting the same treatment. Notably, with a new firmware update, Samsung is bringing a couple of One UI 3.1.1 features to the Galaxy Tab S7.

Talking about the new update, it brings the new Labs to feature to the Galaxy Tab S7 series tablets. This Labs feature was previously exclusive for the Galaxy Z Fold 3 and Z Flip 3.

The Labs feature provides Galaxy users to use some of the experimental features that are under development. Users of the Galaxy Tab S7 will see a few additions in the Labs section. This includes enabling multi-window for apps that don’t support the feature natively, and a new persistent taskbar to improve usability.

Currently, it is already rolling out in multiple markets across different continents. Besides, this new featureful update is also live for the Samsung Galaxy Tab S7 SE with firmware version T73xXXU1AUH6.

If you own any of the Galaxy Tab S7 series tablets, then after installing the new update on your devices, you need to head over to the Settings menu, and click on Advanced features > Labs to access the newly introduced features.

Do note that since these are experimental features, you will come across some bugs and errors while using them. For some, the feature may also not work properly. So, take that into account before using the new Labs feature.

Samsung is pushing this new update via OTA in batches, meaning it won’t arrive for everyone at once. You can manually check for it by heading over to Settings > System update.

After this, click the Download and install button. If a new update is detected by the system, you can tap on the update notification to begin the download. 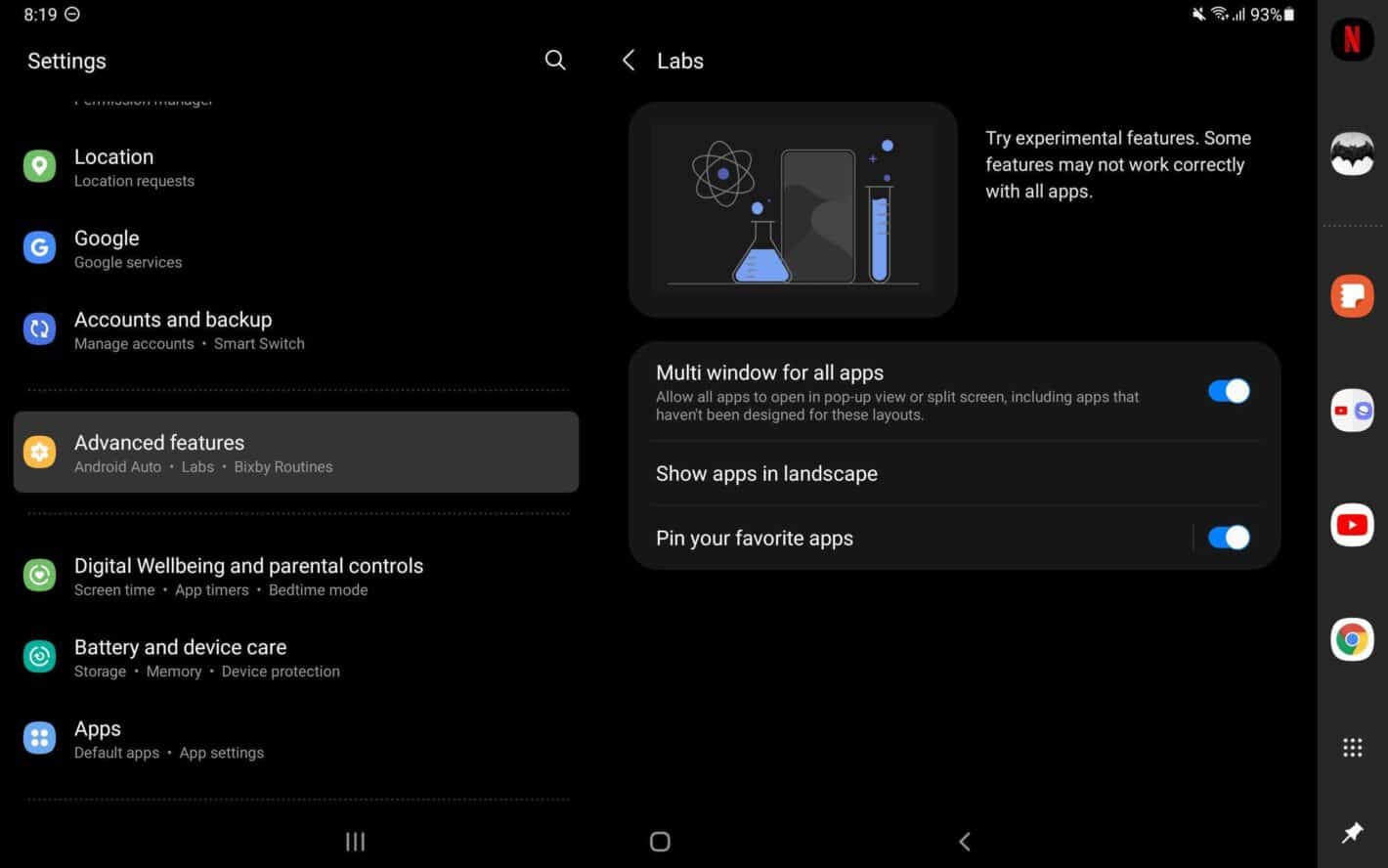 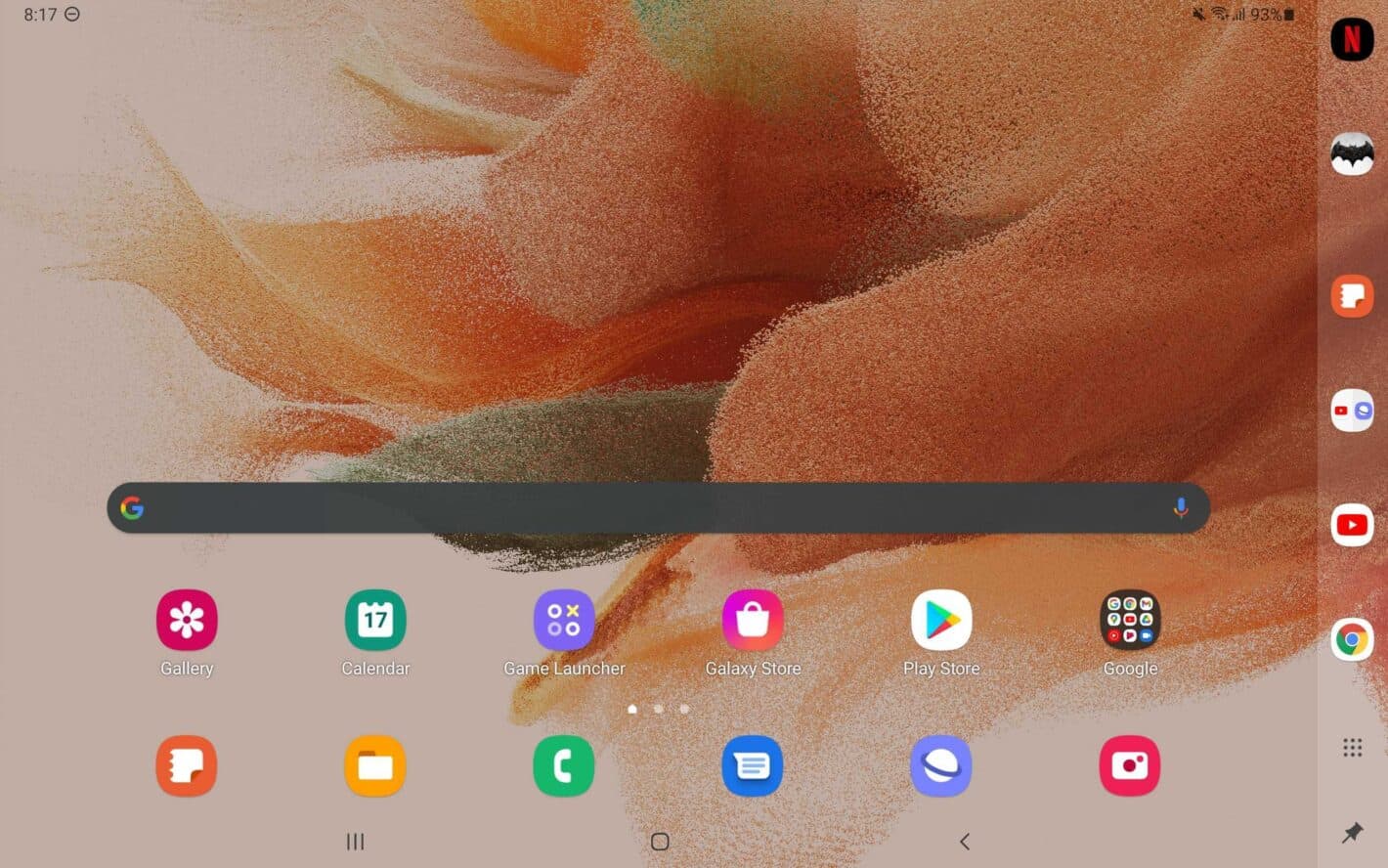 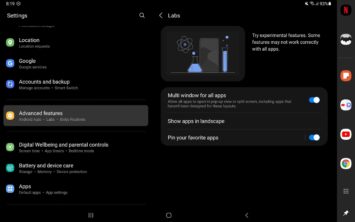 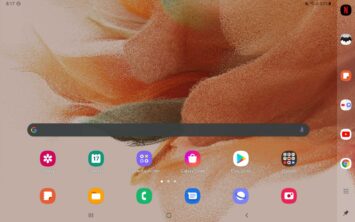