We’ve been recently hearing that the Samsung Galaxy S22 series will feature the Exynos 2200 processor with a custom AMD GPU. A Geekbench entry today confirmed those reports.

The smartphone is powered by the S5E9925 chipset, which is none other than the Exynos 2200. The listing shows the processor with one CPU core operating at a maximum frequency of 2.59GHz, three cores at 2.50GHz, and four cores at 1.73GHz. The handset scored 1,073 points in single-core and 3,389 points in multi-core CPU test on Geekbench.

Now, these numbers aren’t very impressive for a flagship processor. But it could be a result of throttling. Perhaps the device was in power-saving mode, thus throttling the performance. Or maybe the test device was using an early sample of the Exynos 2200 chipset.

Nonetheless, digging deep into this Geekbench listing reveals that the chipset features an AMD GPU, the RDNA2-based Mobile Radeon GPU. It also gets an integrated 5G modem, of course. Unfortunately, the Exynos 2200 seems to be using ARM v8 CPU cores rather than the latest v9 cores. ARM claims the Cortex-X2, Cortex-A710, and Cortex-A510 v9 CPU cores to bring around a 16 percent performance boost over their respective predecessors, while also being more power-efficient.

The Geekbench entry expectedly shows the Galaxy S22 series to run Android 12 out of the box. You can expect Samsung’s One UI 4.0 or newer on top. The phone gets 8GB of RAM, though there surely will be a 12GB RAM variant as well.

Samsung announced a strategic partnership with AMD to use the latter’s custom mobile GPUs in its Exynos processors back in June 2019. However, nothing has come to fruition as yet. But the company had been talking about this partnership regularly and it might finally have something to show next year. The Korean firm may start using AMD GPUs in its Exynos processors from 2022 onwards.

We have previously seen the Exynos 2200 SoC with the AMD GPU outperforming the Apple A14 Bionic in graphics benchmark. However, all that matters is the real-world performance. Time will tell if Samsung could finally turn things around for its Exynos processors after a few years of hardships. You can expect to hear more about the Exynos 2200 as well as the Galaxy S22 series in the coming weeks. 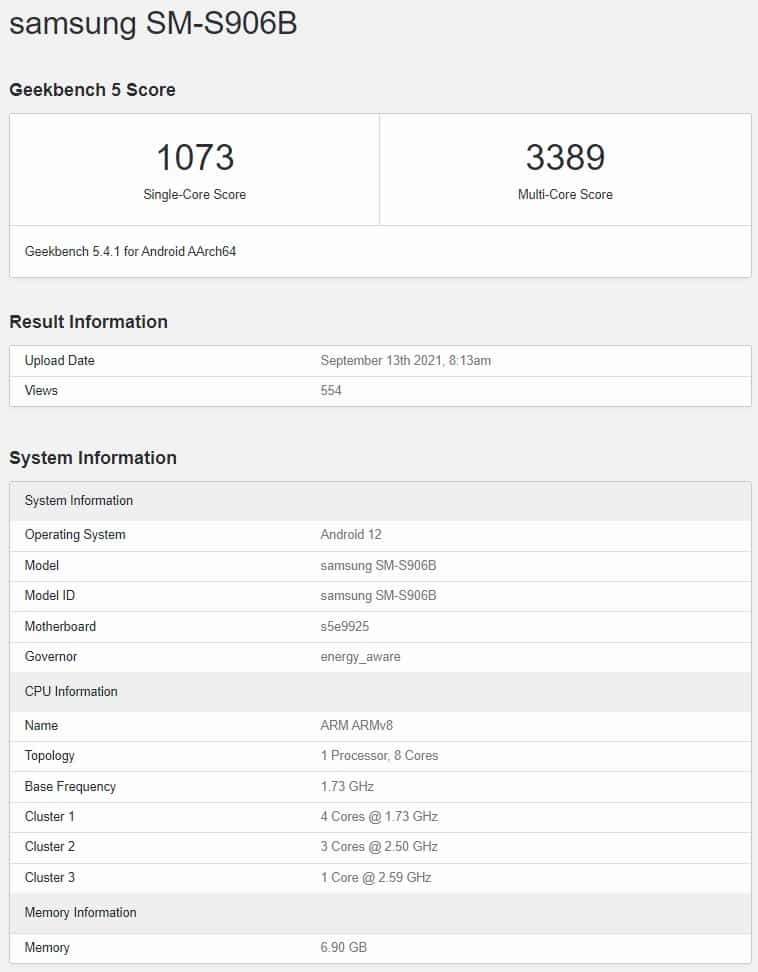