Samsung has taken wraps off its latest Galaxy M series mid-ranger, the Galaxy M52 5G. Following a few months of leaks and rumors, Amazon India recently revealed that the phone will go on sale in the country on Tuesday, August 28th at 12 noon local time. But ahead of that, the Korean company has officially unveiled the device in Europe. The Galaxy M52 5G is listed on Samsung’s German and Polish websites complete with all the specs. We still don’t have an exact launch date for the phone outside India, neither we have its pricing details. But those details should be available pretty soon.

The Galaxy M52 5G sports a big 6.7-inch Super AMOLED Plus punch-hole display with a Full HD+ resolution (1,080 x 2,400 pixels) and a 120Hz refresh rate. It features the Qualcomm Snapdragon 778G  processor, the same chipset that also powers the Galaxy A52s. This octa-core SoC has its CPU cores clocked up to 2.4GHz.

Samsung is offering the phone with 6GB of RAM and 128GB of built-in storage, expandable by an additional 1TB via microSD. The device could also be available in other memory configurations. Perhaps it will use the company’s new virtual RAM technology for additional memory.

For photos and videos, we have a triple camera setup at the back of the Galaxy M52 5G. There’s a 64-megapixel (f/1.8) primary shooter, a 12-megapixel (f/2.2) ultra-wide lens, and a 5-megapixel (f/2.4) macro camera. The centered punch hole on the front houses a 32-megapixel (f/2.2) camera for selfies and video calls. The device supports digital zoom up to 10x and can record UHD 4K videos at 30fps (frames per second). There’s no optical image stabilization (OIS) here though.

The Galaxy M52 5G is confirmed to go on sale in India tomorrow, September 28th. The handset will be available in Black, Light Blue, and White colors. However, there’s no info about its price as yet. Less than 24 hours to go before we know that though. The device could also release in some European markets in the coming days. 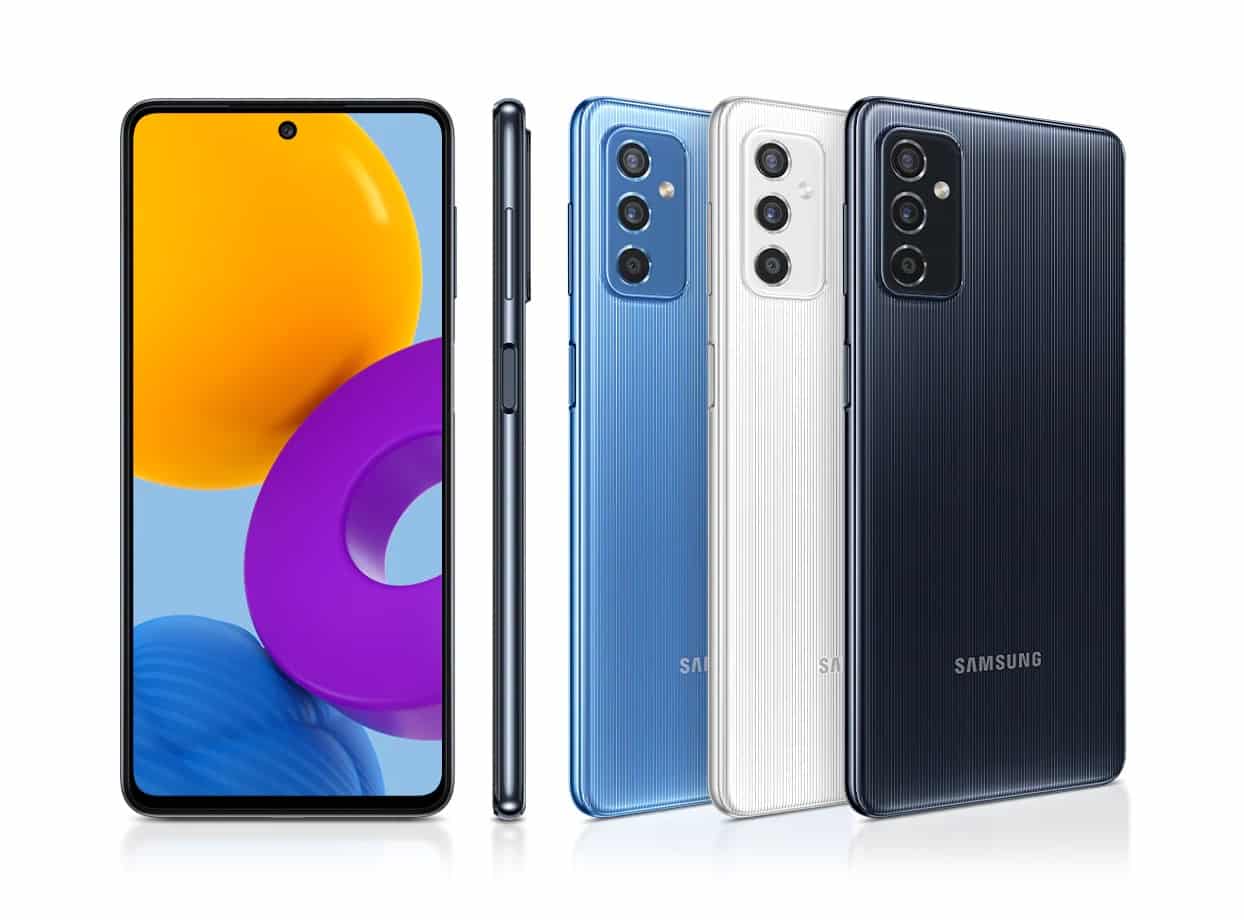