The user experience in Clubhouse is a bit more sociable, following an update that adds a brand new “Wave” system for coaxing friends and family into an audio chat. That’s based on recent reports detailing an announcement made via an unexpected town hall from the company.

As the branding for the new feature implies, Wave adds a new icon to the mix. And a new method for inviting friends and family to a live audio room.

What does the new wave feature do for Clubhouse audio chats?

According to Clubhouse, Wave is intended to expand on the way users interact with audio chat features in-app. More specifically, to make the process more intuitive. That’s whether a live audio room is meant for a one-on-one session, a single social circle, or a wider audience. And that end-goal actually follows from the way Wave works too.

Clubhouse says that to send a Wave, users simply need to swipe right on the Hallway for the app or tap the “dots icon” at the bottom-left-hand side of the screen. From there, they’ll be presented with a list of friends and family, complete with a new hand-waving button. Tapping that icon for any user in the list will send a notification to the user that tells them about the open invite to chat. Then they can decide if they want to join in or not. Effectively opening up the ability to make calls without the added pressure of a ringing phone for the recipient.

If the other user doesn’t respond, that won’t interrupt the Clubhouse session either. Users can simply keep using the app as normal. Conversely, as an added bonus, the app will stay in the background. That’s as opposed to automatically taking users into the audio chat they’ve created. So, if a friend or family member does join while the user happens to be doing something else with their phone or in Clubhouse, they won’t be interrupted.

This is available as of right now

Unlike the move Clubhouse made from invite-only to wide open, users of the app on both Android and iOS can start using Wave for the app’s voice chat features starting today. This also appears to be a server-side update, rather than a full app update. So users shouldn’t have to do much of anything to get started. 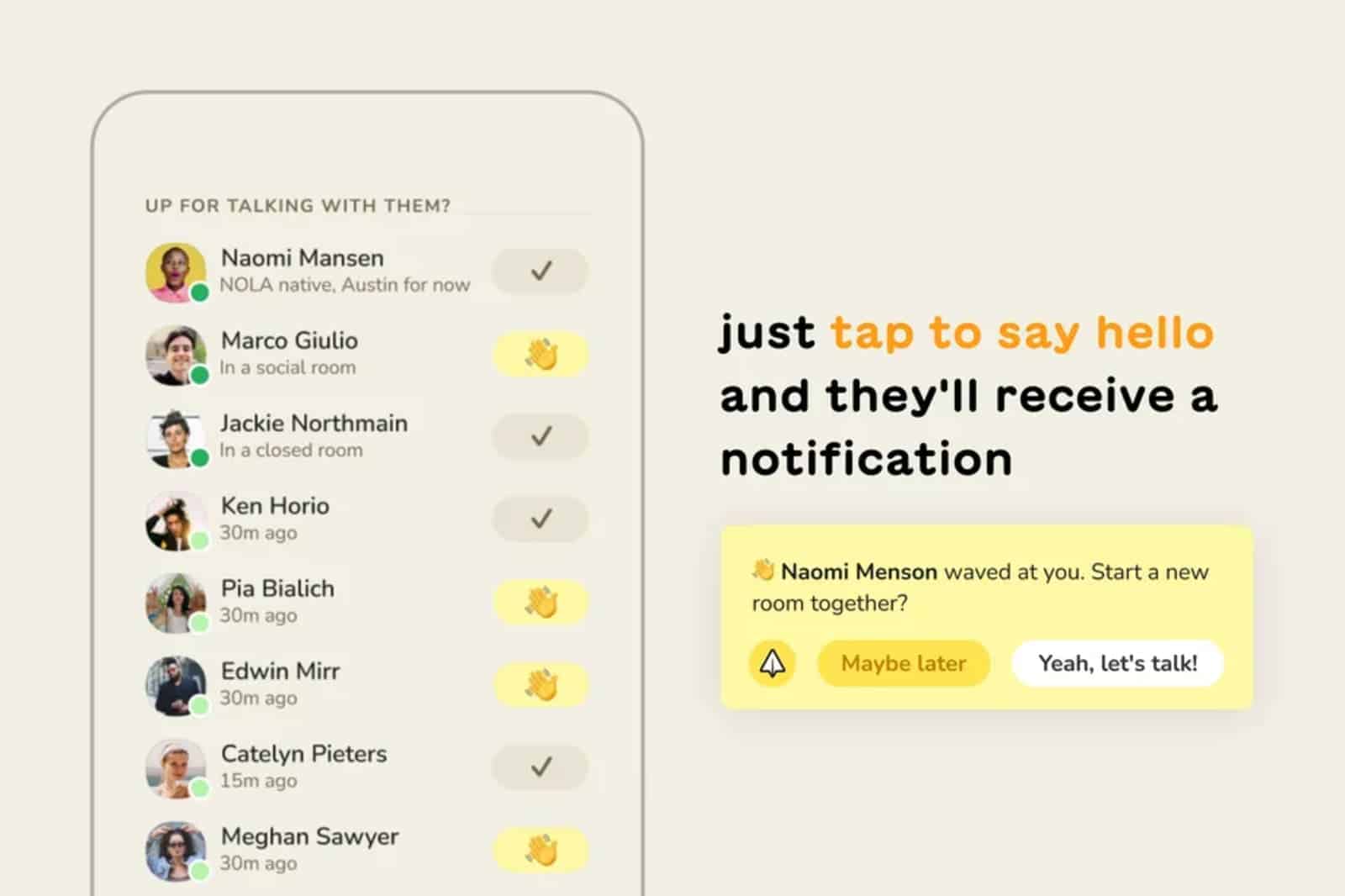