Something interesting happened in the order of things in the smartphone market, reports Counterpoint Research. Xiaomi has managed to become the world’s no.1 smartphone OEM in July 2021, it managed to dethrone Samsung.

This is the first time this has happened. Samsung has been the king of the smartphone market for a long time now. Xiaomi managed to run past Apple recently, and now it managed to do the same with Samsung.

Xiaomi managed to trump both Samsung and Apple to become the world’s no.1 smartphone OEM

Xiaomi has managed to grab 17.1-percent of the global market share with its smartphone sales. Samsung is second-placed with 15.7-percent, while Apple is third with 14.3-percent. 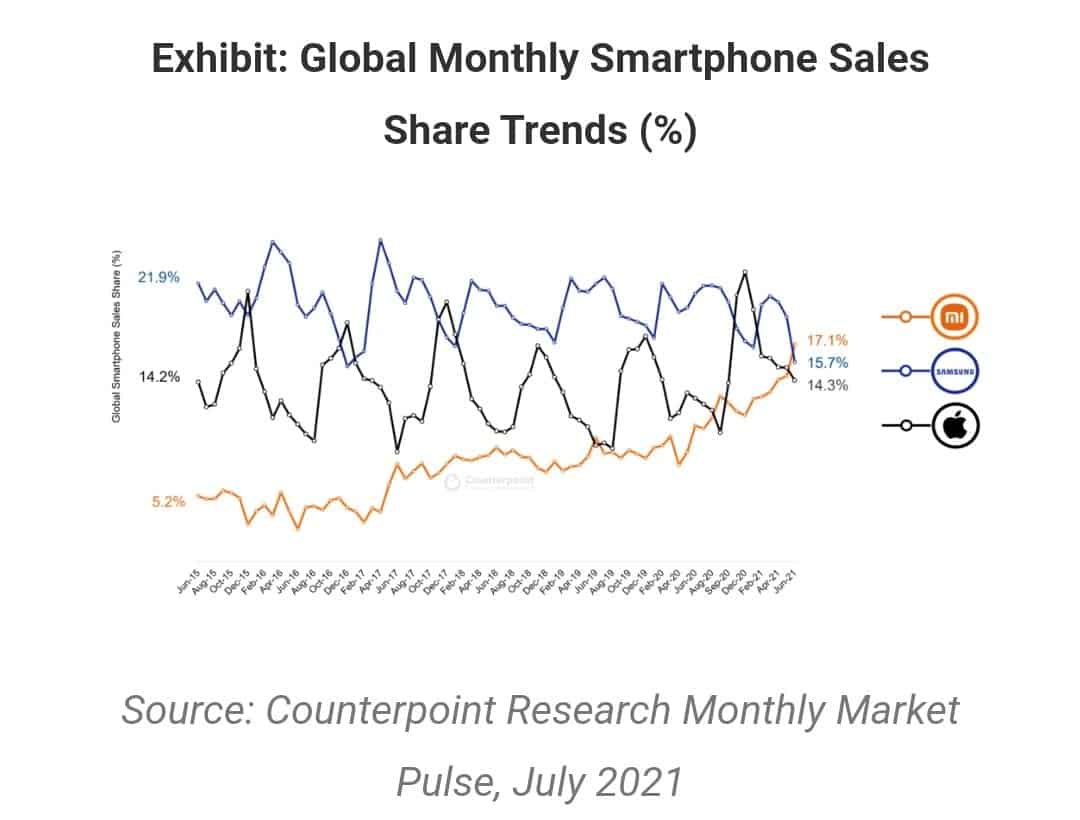 Needless to say, Xiaomi’s incredible growth over the last year or so has been boosted by Huawei’s US ban. Xiaomi likely managed to attract most Huawei consumers, though we’re only guessing.

Xiaomi has been spreading through Europe like wildfire. The company keeps on opening Xiaomi Stores all over the continent, and has managed to capture a huge portion of the market by doing so.

Xiaomi actually managed to capture 67.1-percent of the European market for the entire second quarter, by the way. That made the company a true ruler of the European smartphone market, and definitely boosted its global smartphone sales by quite a margin.

Now, even though Xiaomi took over in July 2021, Samsung will likely be back in the no.1 spot soon enough. Why? Well, not only are the Galaxy Z Fold 3 and Z Flip 3 on the way (and also the S21 FE later on), which could affect things a bit, but there’s another reason.

That reason is a production disruption in Vietnam. The COVID-19 played a part in it, which caused issues for Samsung, quite notable ones. That has been going on for quite some time.

On the flip side, Xiaomi is also preparing to launch a truly compelling flagship soon, the Xiaomi Mi MIX 4. The Mi MIX 4 will arrive on August 10, while the Galaxy Z Fold 3 and Z Flip 3 will land on August 11.