Xiaomi recently confirmed that the Mi MIX 4 is coming on August 10, alongside the Mi Pad 5. That event will take place tomorrow, and as we wait for it, the Xiaomi Mi MIX 4 design has been revealed. On top of that, its specs surfaced as well.

The Xiaomi Mi MIX 4 poster appeared online, you can check it out below. You can see both the phone’s front and back sides here. The device will feature a curved display, and an under-display camera. Therefore, you won’t notice a hole punch, or anything of the sort there. 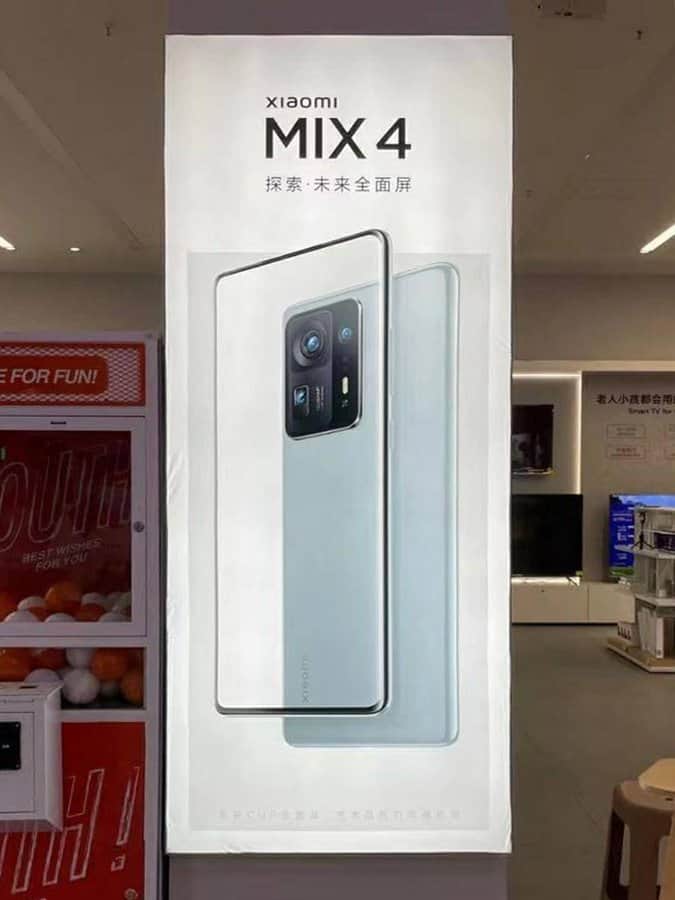 On the back, you’ll see one huge sensor, which stands for the phone’s main camera. Several additional ones are also included. The camera island is large, but not as large as we’ve seen on some other devices, which is good.

The back side of the phone is curved towards the sides. The device will be made out of metal and ceramic. We’ll talk more about the color options later on.

A separate leak shows us an official teaser for the Mi MIX 4 launch. You can watch this teaser below. It doesn’t reveal much, but it does show the Mi MIX 4’s front side in the end. It also confirms an under-display camera in the process.

The third leak that popped up shares the phone’s specs, basically. We’re not sure how accurate this leak is, though, so take this spec sheet with a grain of salt.

It claims that the Mi MIX 4 will feature a 6.67-inch fullHD+ AMOLED display. The device will feature a 120Hz refresh rate, 10bit color depth, and 480Hz touch sampling rate. Gorilla Glass Victus will be placed on the phone’s display.

The Snapdragon 888 Plus will fuel the phone

The Snapdragon 888 Plus is also mentioned in this leak, and the same goes for LPDDR5 RAM and UFS 2.1 flash storage. A 4,500mAh battery will power the device, while the phone will support 120W fast wired charging, and 50W wireless charging.

A 20-megapixel under-display camera is mentioned, and the same goes for a 108-megapixel Samsung ISOCELL camera which is supposed to be this phone’s main camera. The exact model is not detailed.

Harmon Karon stereo speakers will be a part of the package, while the device will be IP68 certified for water and dust resistance. It will allegedly measure 162..65 x 75.35 x 8.02mm, and weigh 225 grams.