Xiaomi’s CEO, Lei Jun, has confirmed a new press conference is coming. Xiaomi will host this press event on August 10, and it also confirmed that the Mi MIX 4 will launch. The Xiaomi Mi Pad 5 tablet series may also arrive, though.

You may have noticed that this press event will take place one day before Samsung’s ‘Unpacked’ event. Mr. Jun did say that he will hold his annual speech on that day, and that more information will be revealed regarding the company’s next smartphone and tablet.

He did not specifically mention the Mi MIX 4 nor the Mi Pad 5, but in a separate Weibo post, Xiaomi clearly confirmed Mi MIX 4’s arrival. Both the Mi MIX 4 and Mi Pad 5 have been popping up online for quite some time now, in both rumors and leaks. 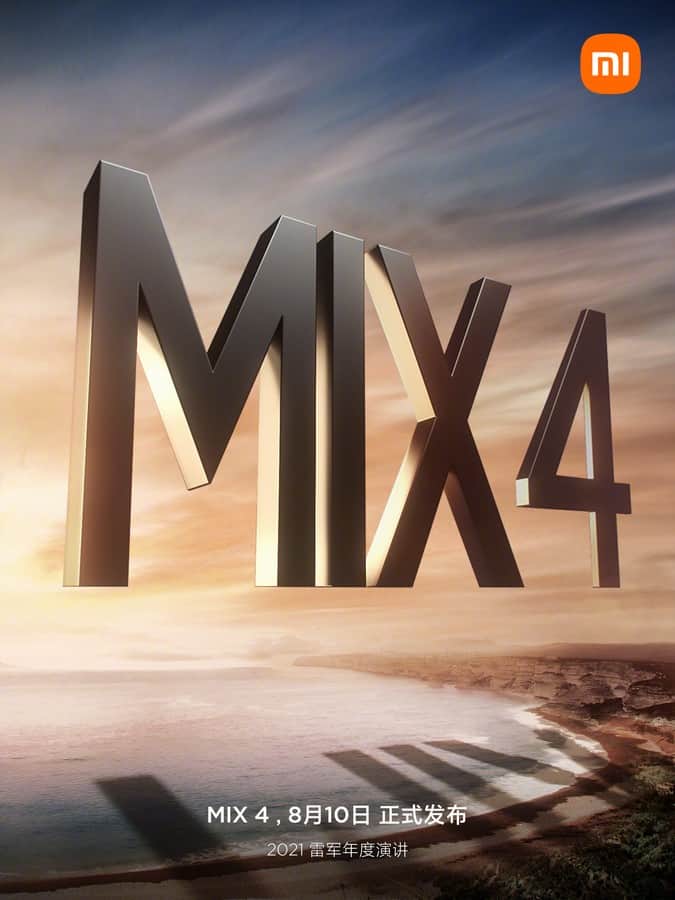 What’s interesting is that this event also marks 10 years of existence for this Chinese company. Xiaomi grew immensely in those years, and became one of the most recognizable tech companies around.

Now, the Xiaomi Mi MIX 4 will be a flagship-grade smartphone. If rumors are to be believed, it will feature an under-display camera, up to 12GB of RAM, and the Snapdragon 888 SoC.

The device is also tipped to offer an all-screen design, and 120W fast wired charging, with fast wireless charging. The phone will surely be a looker, and it may even surprise us with some of its features.

The Xiaomi Mi Pad 5 may arrive in several variants

The Xiaomi Mi Pad 5, on the other hand, may launch in several variants. It has been quite some time since Xiaomi announced a tablet, so this will be interesting to see, to say the least.

The device is expected to offer four speakers, and a ship with stylus support. Wireless charging will likely be included as well, and the same goes for fast wired charging. A 120Hz display is also expected on the device.

It remains to be seen if Xiaomi is planning to announce anything else during this event, but these two devices seem like a sure thing at this point.